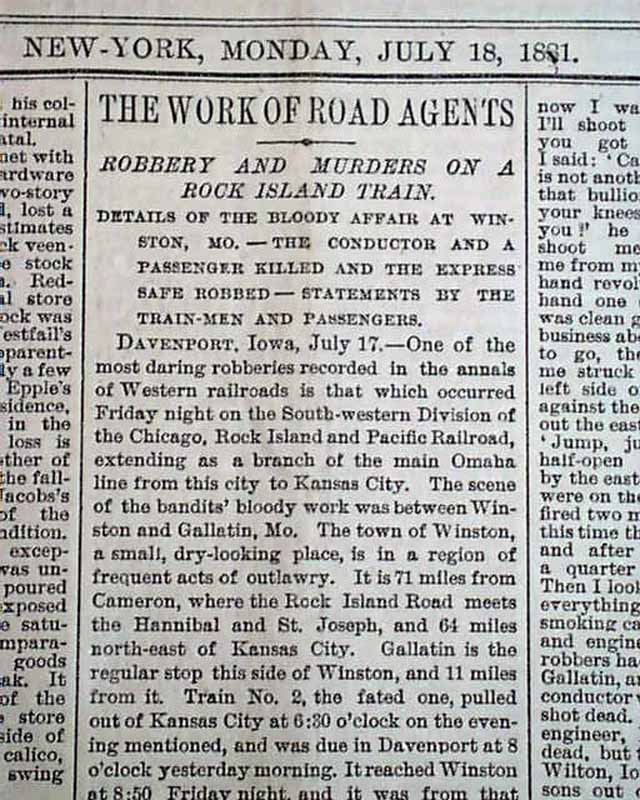 The top of the middle column of the front page has heads: "THE WORK OF ROAD AGENTS", "Robbery And Murders On A Rock Island Train", "Details Of The Bloody Affair At Winston, Mo.--The Conductor And A Passenger Killed And The Express Safe Robbed--Statements By The Train-Men And Passengers".
This is one of the more lengthy & detailed accounts of the famous Winston, Missouri train robbery committed by Jesse & Frank James and their cohorts. The coverage takes 3 columns or close to half of the front page, with other heads including: "What Passengers Say--Detailed Accounts of the Robbery as Witnessed by the Train's Passengers" and also: "Who Were The Robbers?", "The People Of the Neighborhood Believe The James Gang to Be Guilty", and they were correct.
Complete in 8 pages, some small margin tears, some fragility so it should be handled carefully.