Home > Back to Search Results > A 1733 newspaper from Germany...
Click image to enlarge 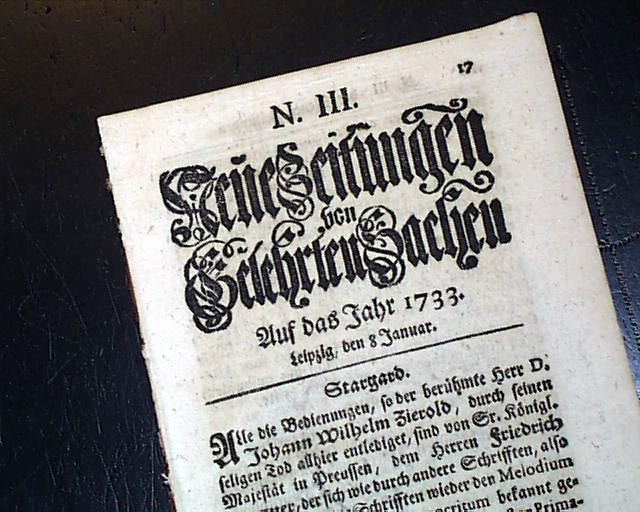 A very early and tiny newspaper from this largest city in the German province of Saxony. The title roughly translates: "News From Learned Things". At this time George Washington was just one year old.
Eight pages, 4 by 6 1/2 inches, a few period notations at margins, great condition.