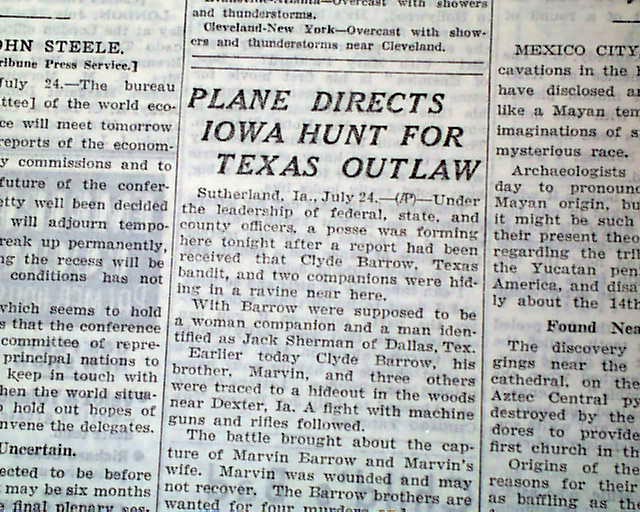 Page 16 has a one column heading: "Plane Directs Iowa Hunt For Texas Outlaw". (see) First report coverage on the machine gun battle with police at their wooded hide-away at Dexter, Iowa in which Marvin Barrow and his wife, Blanche, were captured. Rare to find reports on Bonnie and Clyde prior to their deaths.
Complete with 28 pages, rag edition in great condition. A few small binding holes along the spine.

source: RoadsideAmerica.com: Bonnie and Clyde and their gang had been camping in an abandoned park, recovering from a earlier shootout, when they were ambushed on July 24, 1933, by a posse from the nearby town of Dexter. Every member of Bonnie and Clyde's gang left this firefight either wounded or dying. Blanche Barrow was captured and thrown into jail, a significant loss since she was the gang's photographer. Amazingly, despite the hail of gunfire, no one on either side was killed outright.
Although both Bonnie and Clyde were wounded, they managed to escape on foot, stole yet another car, and carried on as outlaws for another ten months before finally dying in a hail of bullets in a Louisiana ambush. 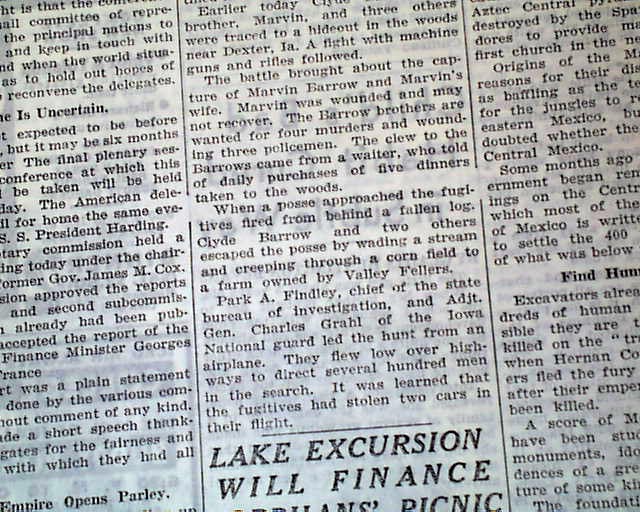 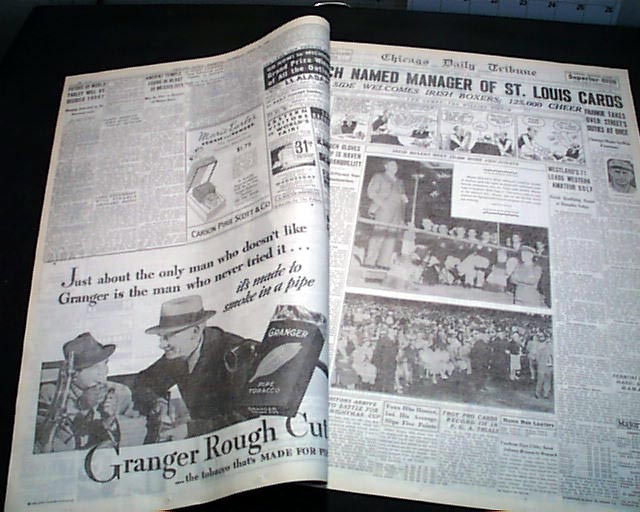 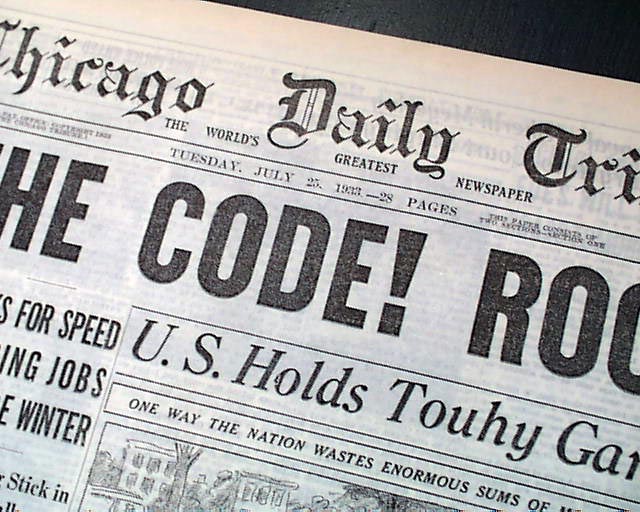 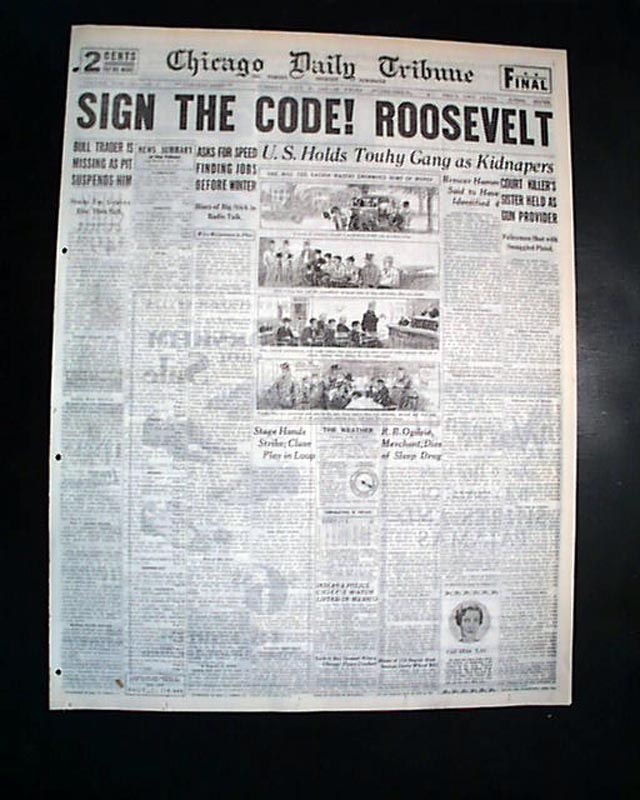