Home > On the first of the seven Lincoln Douglas debates...
Click image to enlarge 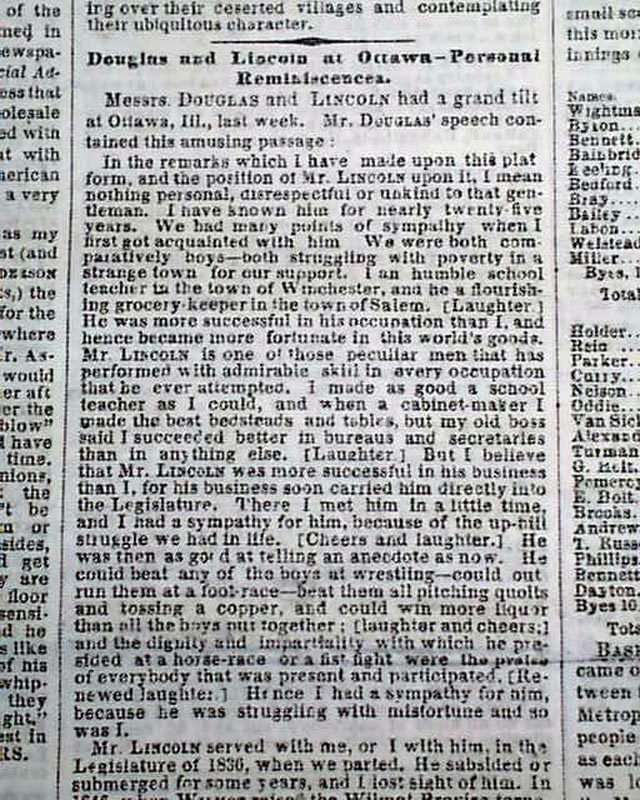 On the first of the seven Lincoln Douglas debates...

NEW YORK TIMES, August 26, 1858  Reports of the now-famous Lincoln Douglas debates are very difficult to find in newspapers outside of Illinois, perhaps not surprising because it was a senate race in Illinois and Lincoln was, at this time, still a relatively unknown figure in American politics.
However this issue is a rare exception, as page 5 contains a report headed: "Douglas and Lincoln at Ottawa--Personal Reminiscences" which begins: "Messrs. Douglas and Lincoln had a grand tilt at Ottawa, Ill., last week. Mr. Douglas' speech contained this amusing passage:..." and what follows is an excerpt of a Douglas' speech.
This was the first of the 7 debates, held on August 21. This is the only text of any of the debates which appeared in the N.Y. Times.
Eight pages, very nice, clean condition.