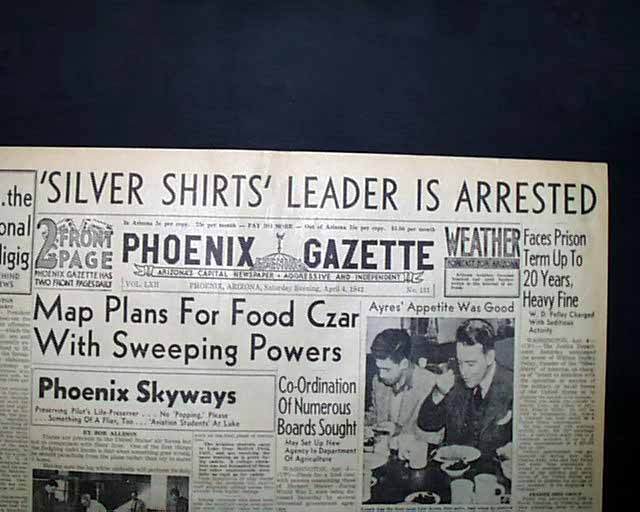 The front page of "front page #2" has the full banner headline: "'SILVER SHIRTS' LEADER IS ARRESTED", with subhead: "Faces Prison Term Up To 20 Years, Heavy Fine".  The coverage tells of the arrest of William Dudley Pelley, founder of the "Silver Shirts of America" (or Silver Legion of America), an white-supremacist, anti-Semitic underground fascist organization modeled after Adolf Hitler's "Brownshirts". Note: He was arrested on charges of espionage, and would later be charged with twelve counts of high treason and sedition. One charge would be dropped, but he was tried in Indiana and convicted of the other eleven, most for making seditious statements and also for obstructing military recruiting and fomenting insurrection within the military (source: Wiki). This issue tells of his arrest.
Believed to be complete in 20 pages (this title printed 2 "front sections" daily - both are included), a few small minor edge tears, otherwise quite nice. 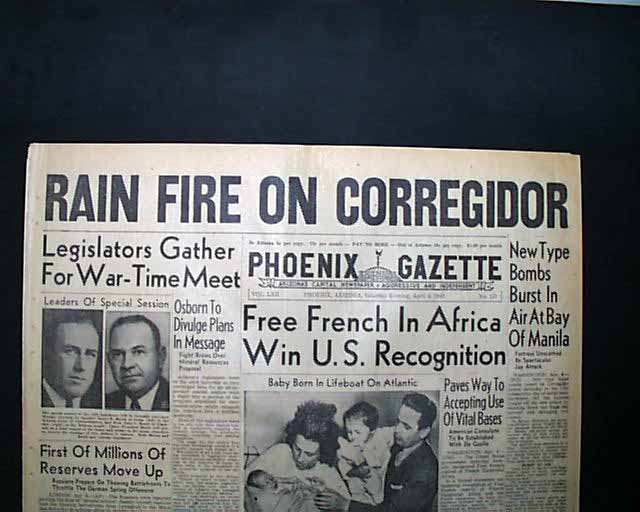 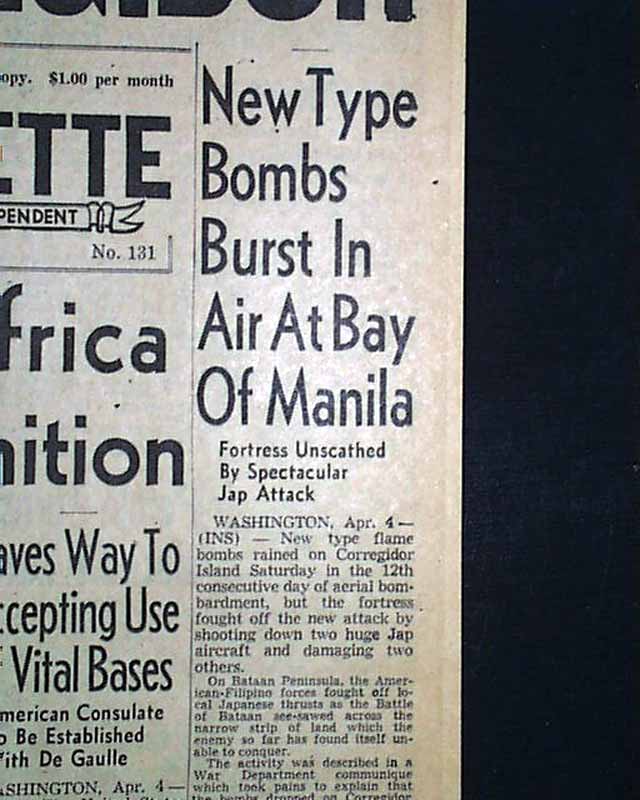 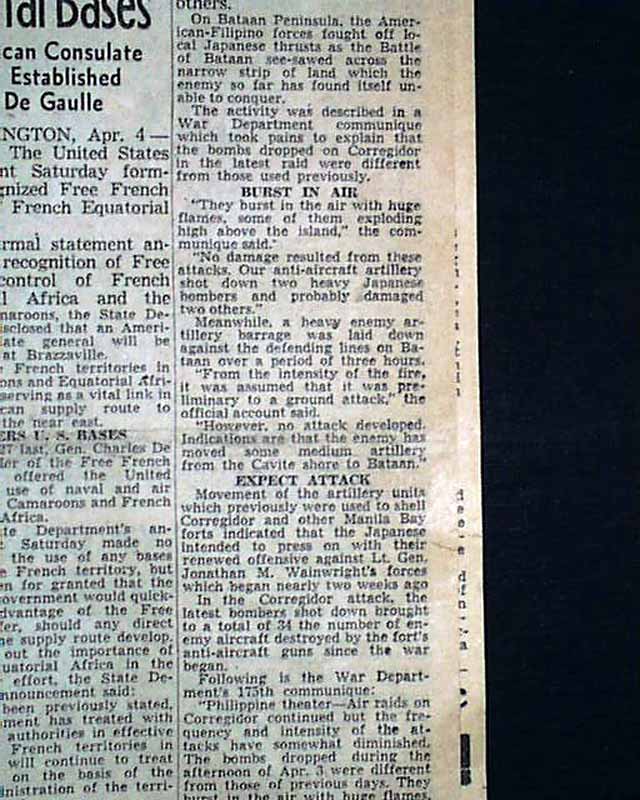 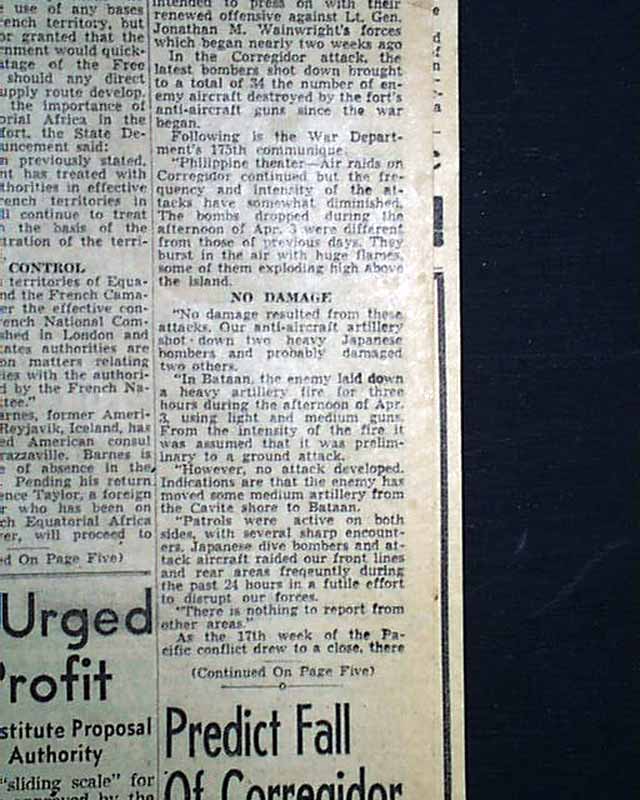 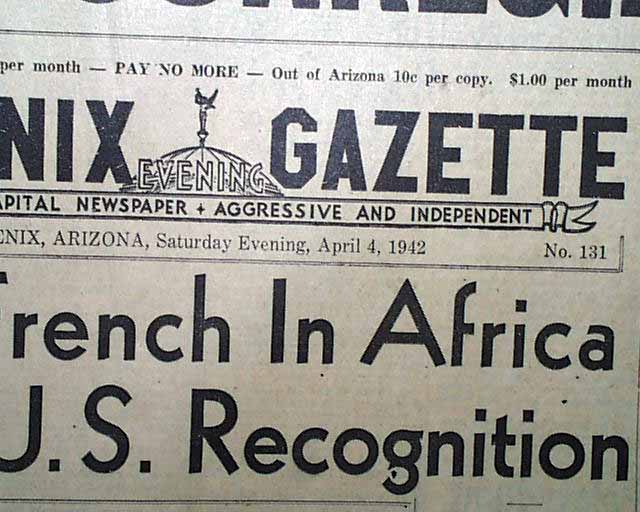 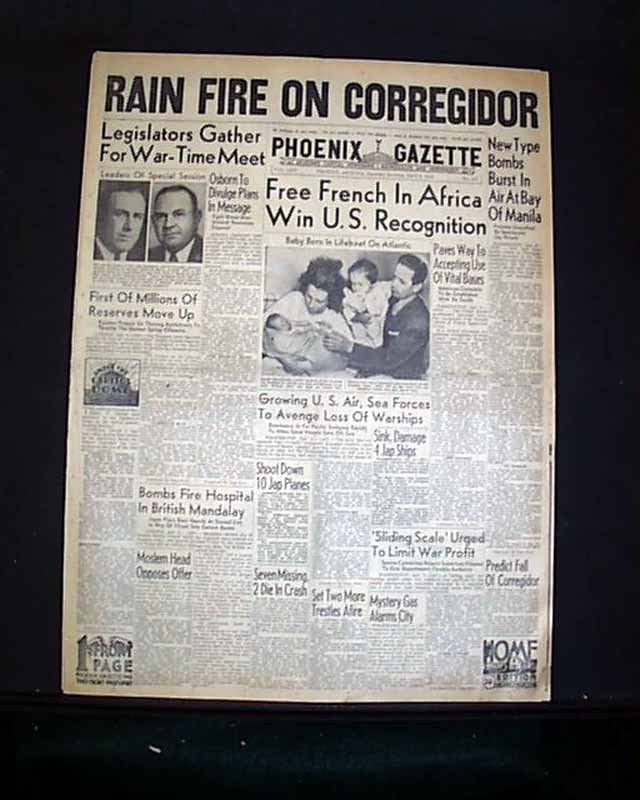 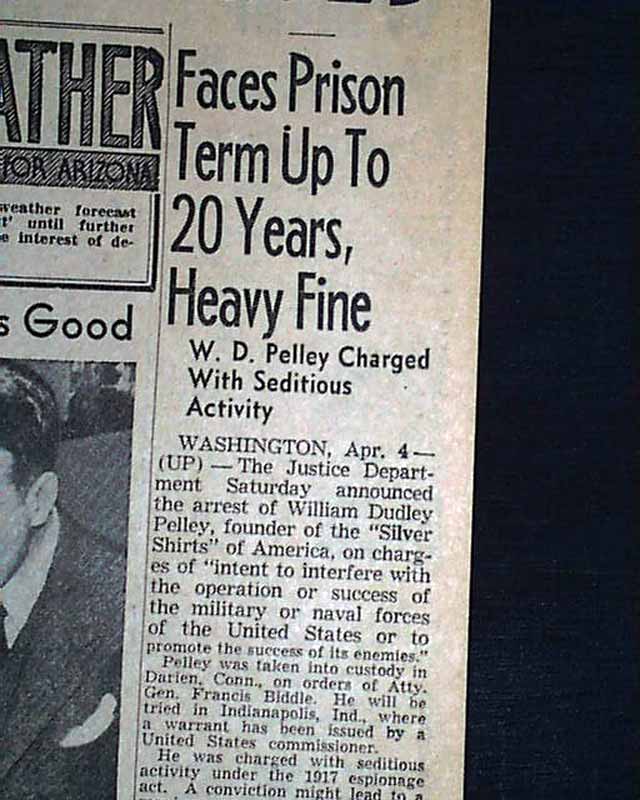 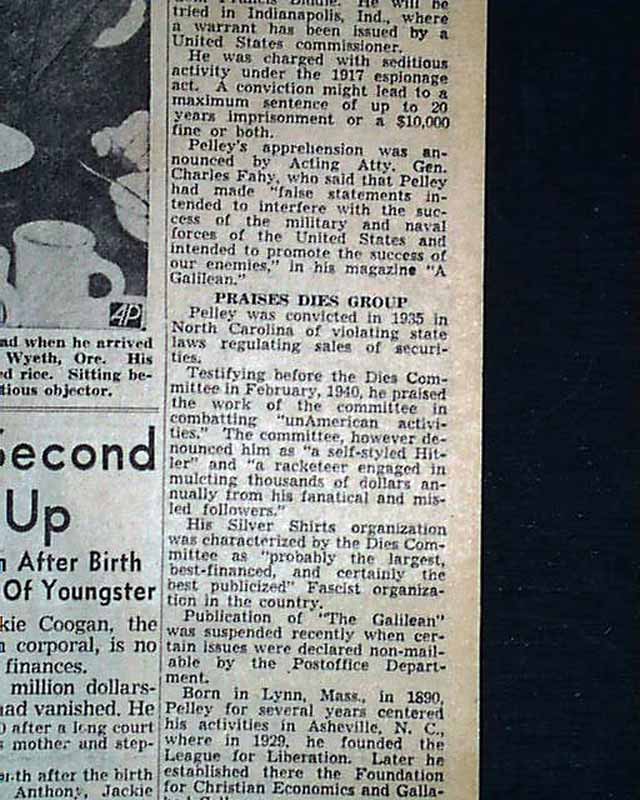 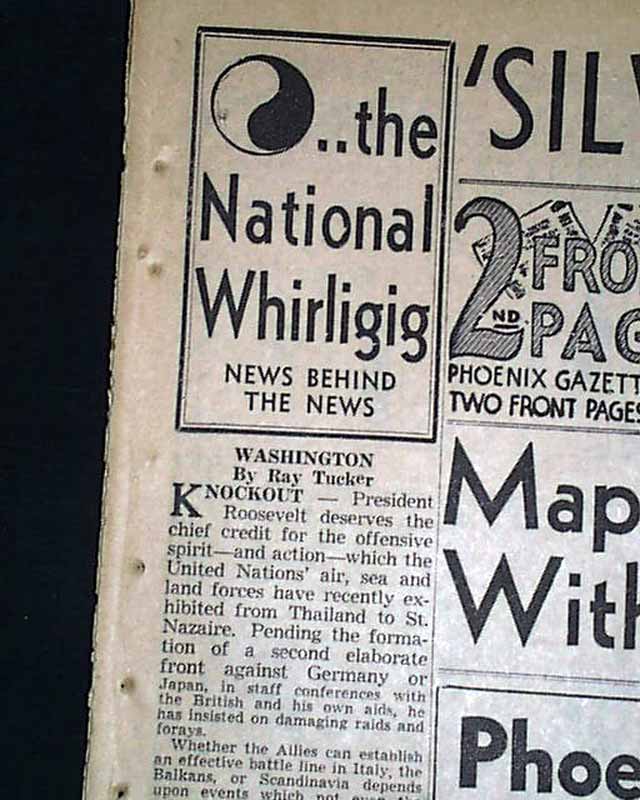 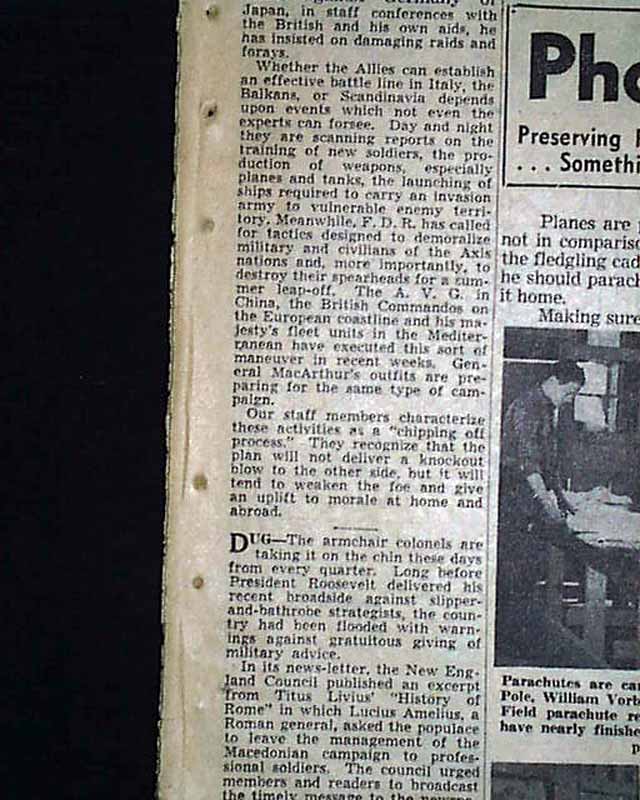 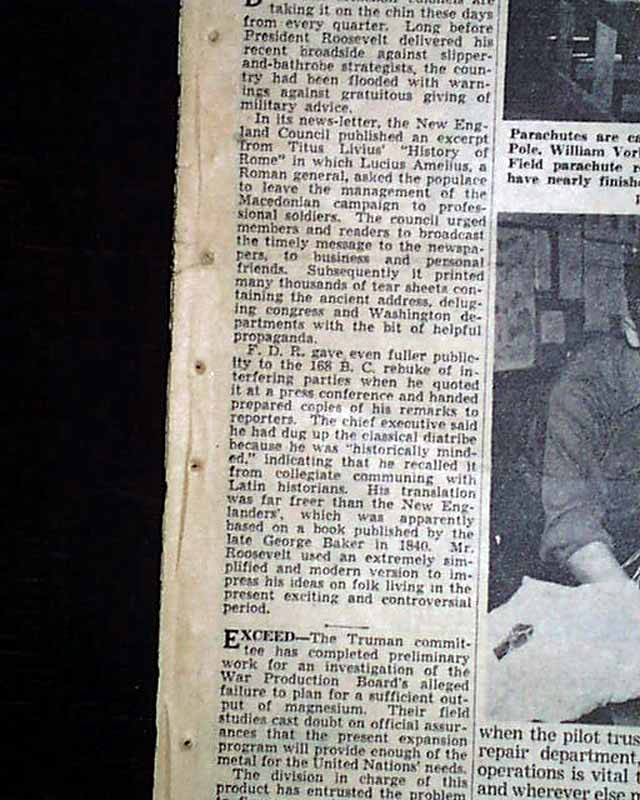 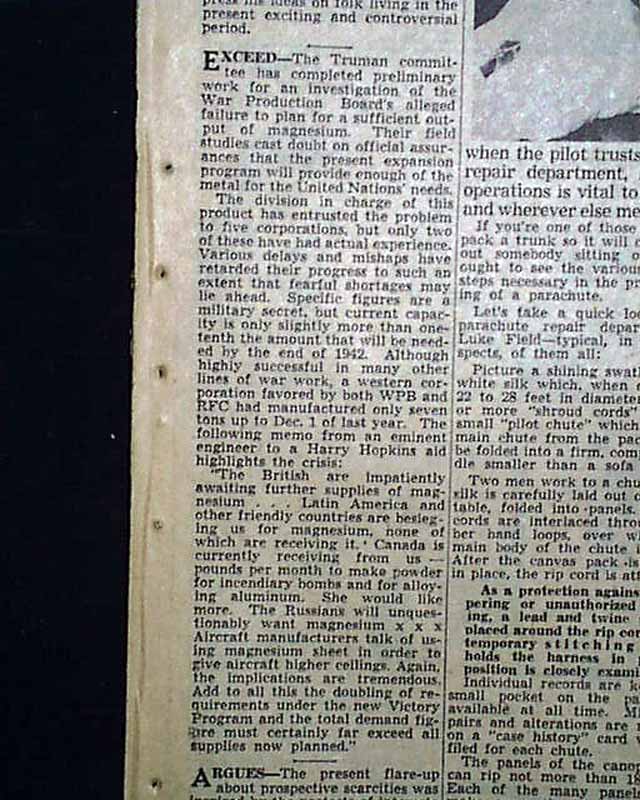 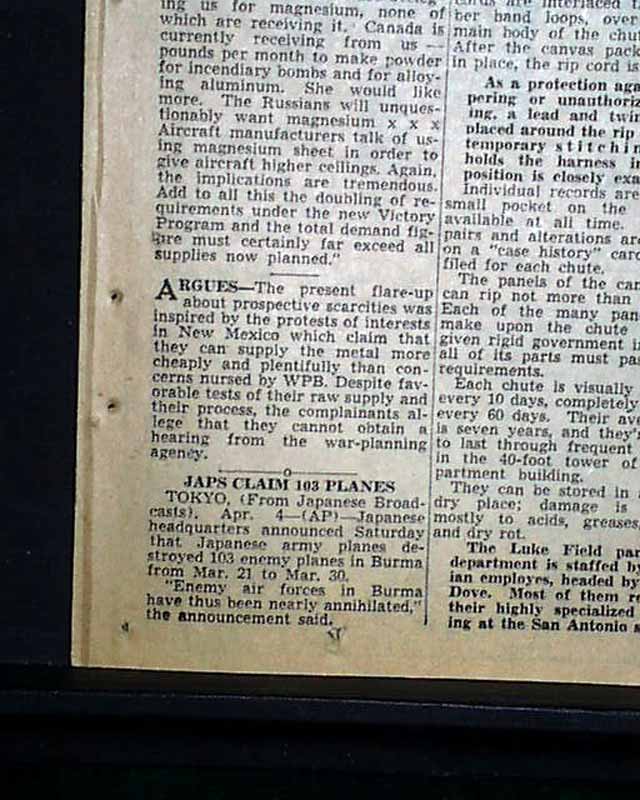 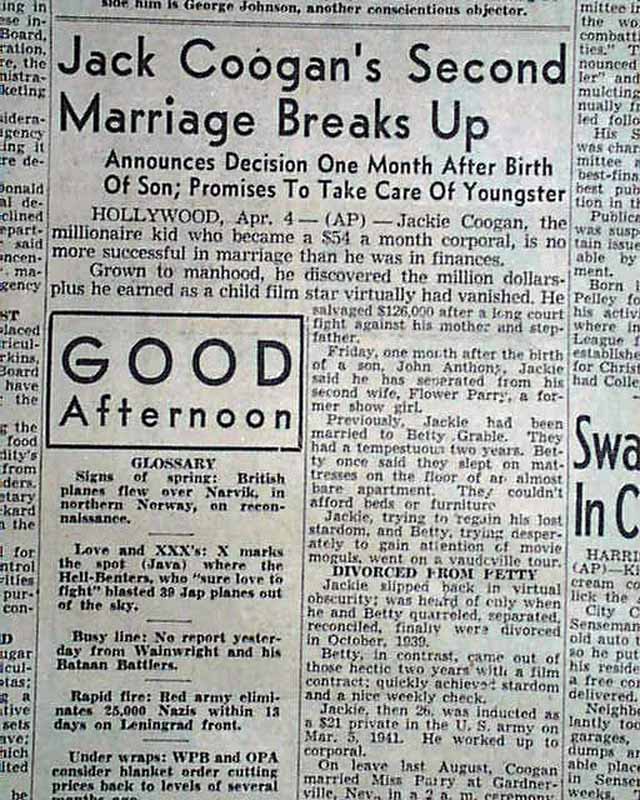 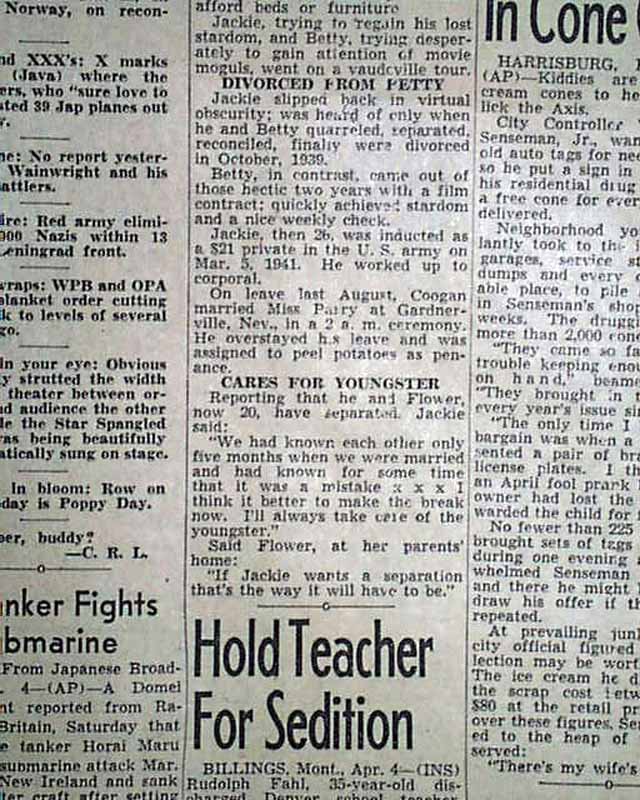