Home > Back to Search Results > Women's suffrage in 1917...
Click image to enlarge 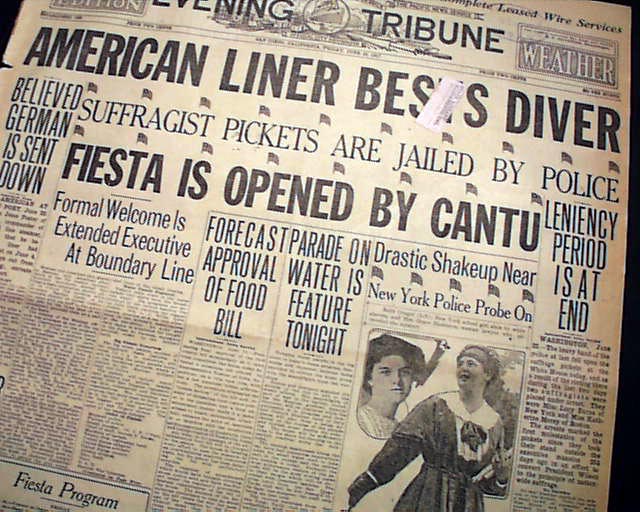 The front page has a seven column heading: "Suffragist Pickets Are Jailed By Police" with subhead. (see) Surprisingly this issue is in good condition being from the "wood pulp" era. Very hard to find issues that are not totally fragile from this era in paper. Rare as such.
Complete with 14 pages, small library stamp and label near the top of the front page, a little irregular along the spine, generally nice.

wikipedia notes: On June 22, Morey and fellow suffragist Lucy Burns were picketing Pennsylvania Avenue, when they were surrounded by police who demanded they turn over their sign, which read, "‘We shall fight for the things we have always carried nearest our hearts – for democracy, for the right of those who submit to authority to have a voice in their Government.’ President Wilson’s War Message, April 2nd, 1917." The two women refused to relinquish their pickets, knowing they would be arrested. Morey and Burns were sentenced for blocking traffic. Morey served three days in jail.