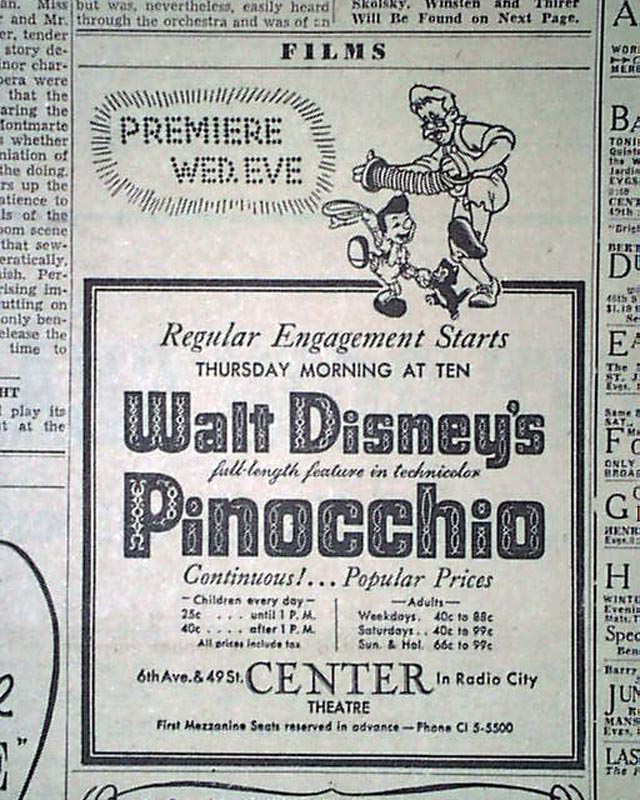 Page 9 has an ad for Pinocchio a week before the premier. This was the 2nd feature length film by Walt Disney.  Additionally, the front page begins an article: "GABLE AND HIS WIFE BELIEVED SAFE", with subhead: "Friends Say They are Probably Marooned in Station Wagon", "the couple was feared to have been lost in the gale-swept country of rugged Lower California". There is an ad for "Gone with The Wind" on pg. 9 which was released 3 months earlier.
Complete with 22 pages, some wear along the spine with small binding holes, small library stamp on the front page, generally nice.