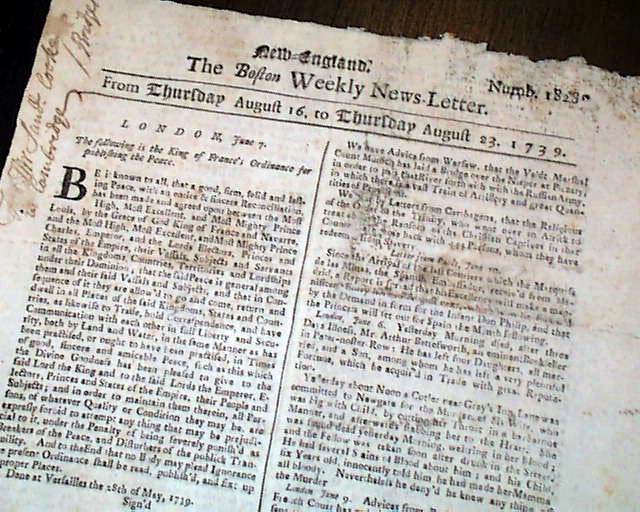 * Among the earliest of American newspapers to be had

Above the title is "New-England", likely to distinguish this newspaper from the city of Boston in England.
This very rare title was the first successful newspaper in the colonies, having begun in 1704 and lasting until the British occupation of Boston in 1776. It was only preceded by "Public Occurrances Both Foreign and Domestick" which published just a single issue in 1690 before being suppressed & destroyed by the Royal Governor of Massachusetts Bay (the only surviving issue is in London).
Not surprisingly the front page content is from London, with letters from Paris and Madrid. The back page has items datelined from Newport, Rhode Island, and Boston, as well as several advertisements.
Complete as a single sheet newspaper, 9 by 14 1/4 inches, never bound nor trimmed with wide margins. Period notation at the top of the left margin, a bit of light foxing, generally in very nice condition.
A very rare opportunity for an extremely early issue of America's first successful newspaper. 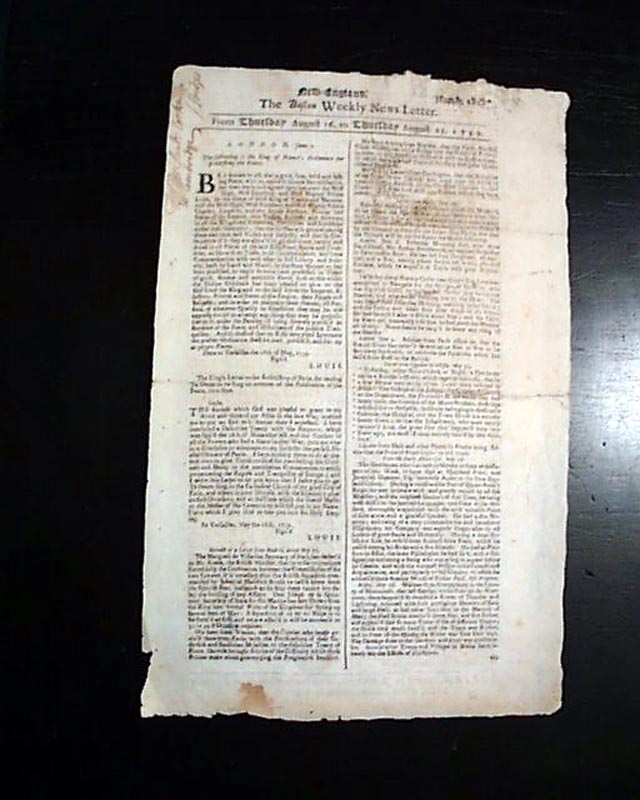 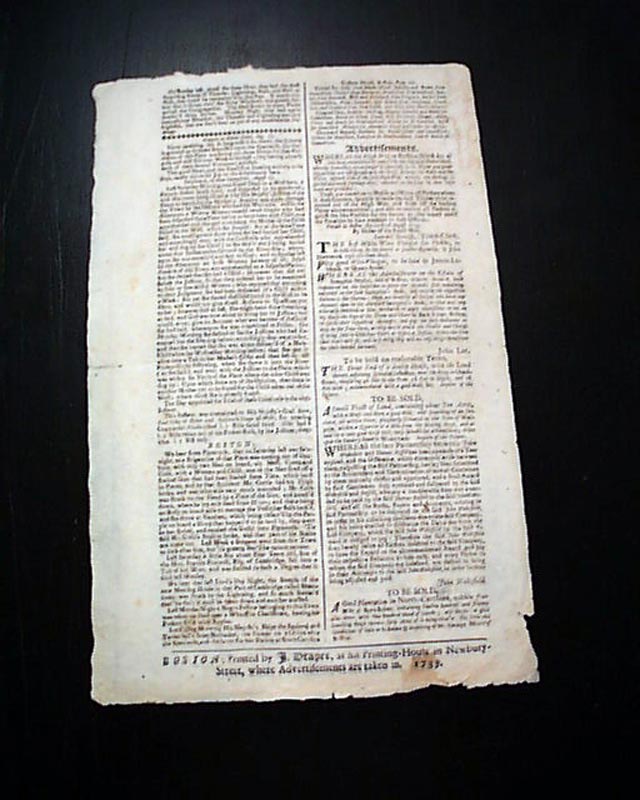 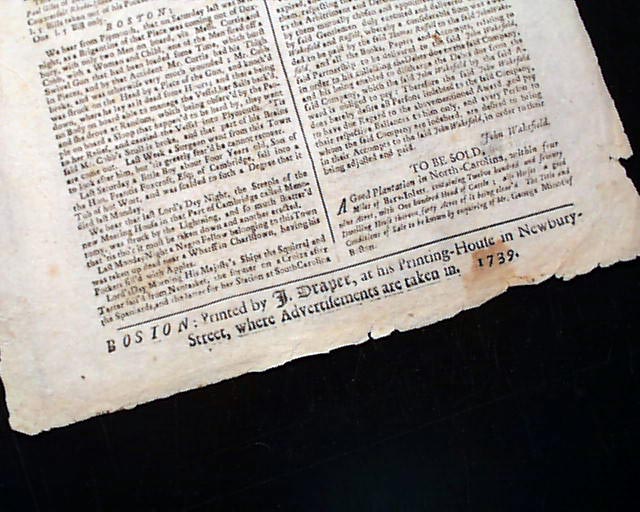