Home > Back to Search Results > House to pass the historic Suffrage Amendment...
Click image to enlarge 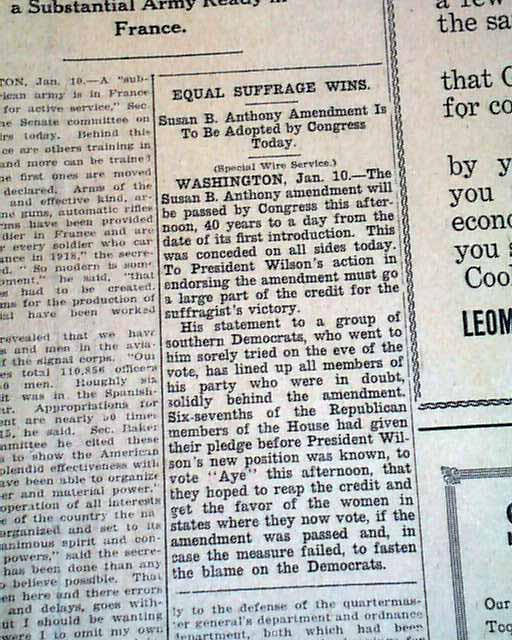 The front page has a report headed: "Equal Suffrage Wins" "Susan B. Anthony Amendment Is To Be Adopted by Congress Today".
Although the vote in the House would pass by exactly two-thirds of the votes it would fail in the Senate, ultimately getting the Senate's approval in June, 1919. Once submitted to the states for ratification the 19th Amendment would be effective August 26, 1920.
Six pages, loose at the spine, various margin tears with some margin flaking, quite fragile & should be handled carefully.