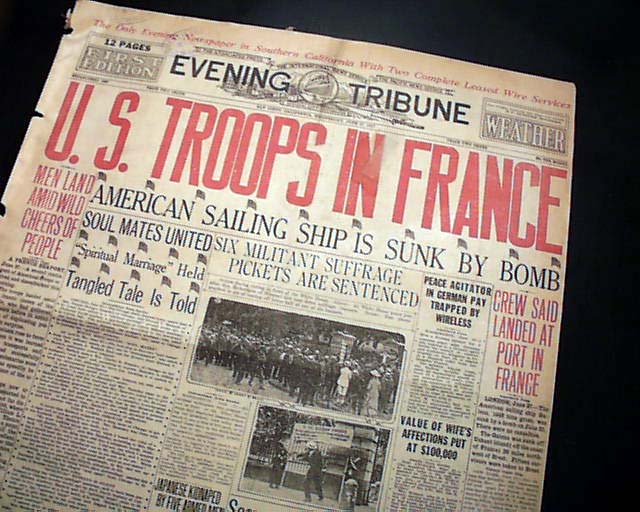 The front page has a nice banner headline in red lettering: "U. S. TROOPS IN FRANCE" with subhead. (see) Nice for display. (see) Surprisingly this issue is in good condition being from the "wood pulp" era. Very hard to find issues that are not totally fragile from this era in paper. Rare as such.
Complete with 12 pages, small library stamp within the masthead, small light stain where a address label was removed within the headline, a little irregular along the spine, generally nice.

wikipedia notes: On 26th June 1917, the first 14,000 American soldiers began arriving at the port of St Nazaire in France. Their arrival had been kept a secret to further guard against German intervention, but it did not take long for the local French population to begin cheering them through the streets.