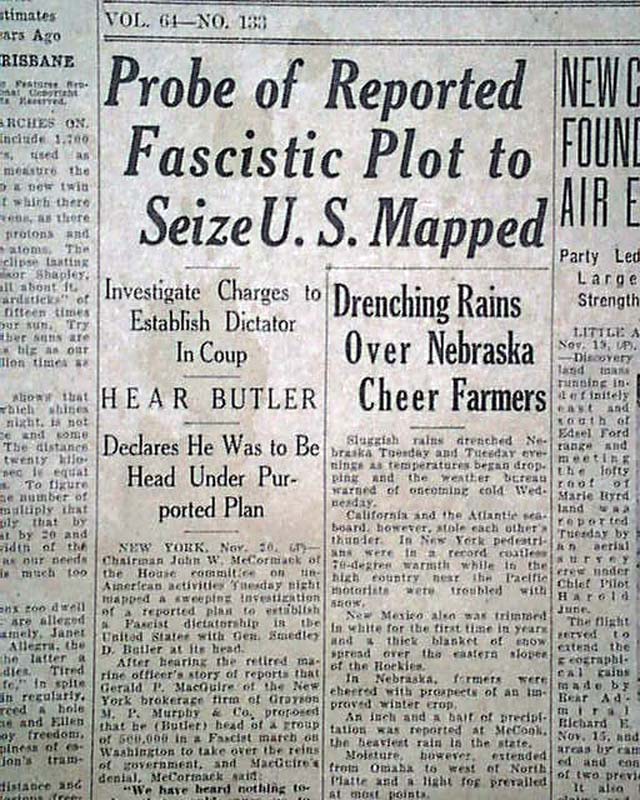 The top of the front page has a two column heading: "Probe of Reported Fascistic Plot to Seize U.S. Mapped" with subhead: "Investigate Charges to Establish Dictator In Coup" and "HEAR BUTLER".
Additionally, there is: "NEW CONTINENT FOUND BY BYRD AIR EXPLORERS" with an image.
Complete in 22 pages, even toning and binding holes on left margin, generally good condition.