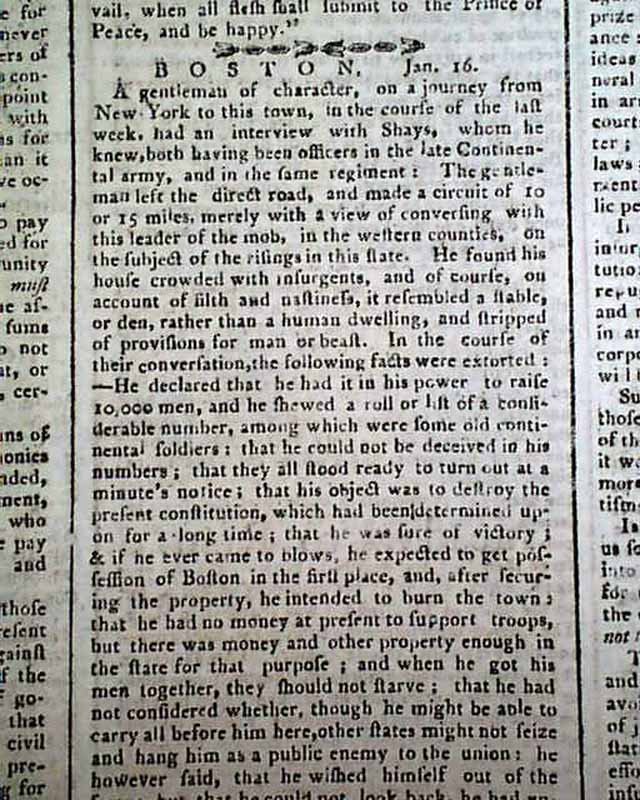 
PENNSYLVANIA PACKET & DAILY ADVERTISER, Philadelphia, Jan. 31, 1787  Page 2 has: "An Address to the Good People of the Commonwealth" which relates to the Shays' Rebellion, as well as another great report reading in part: "...had an interview with Shays...a view of conversing with this leader of the mob in the western counties on the subject of the risings in this state. He found his house crowded with insurgents...He declared that he had it in his power to raise 10,000 men, & he shewed a roll or list of a considerable number, among which were some old continental soldiers...that they all stood ready to turn out at a minute's notice; that his object was to destroy the present constitution...that he was sure of victory..." and more.
Four pages, very nice condition. 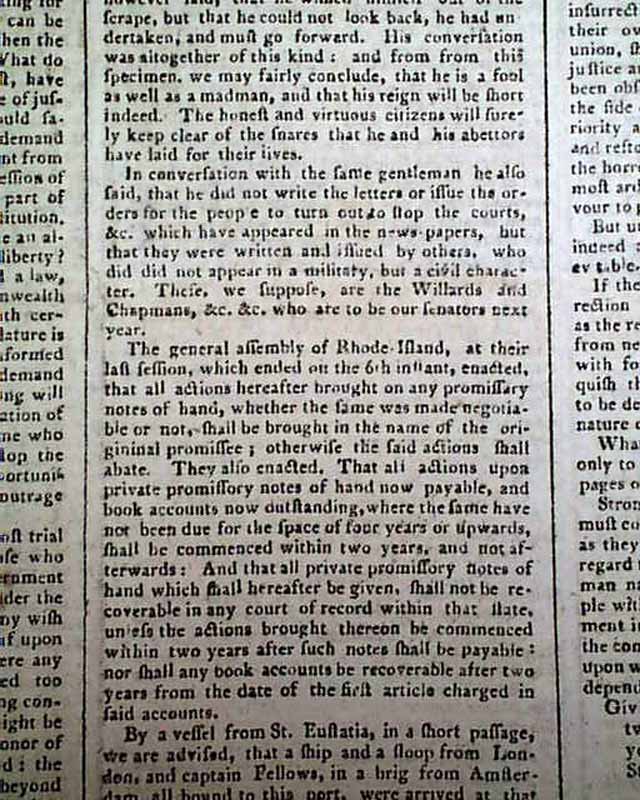 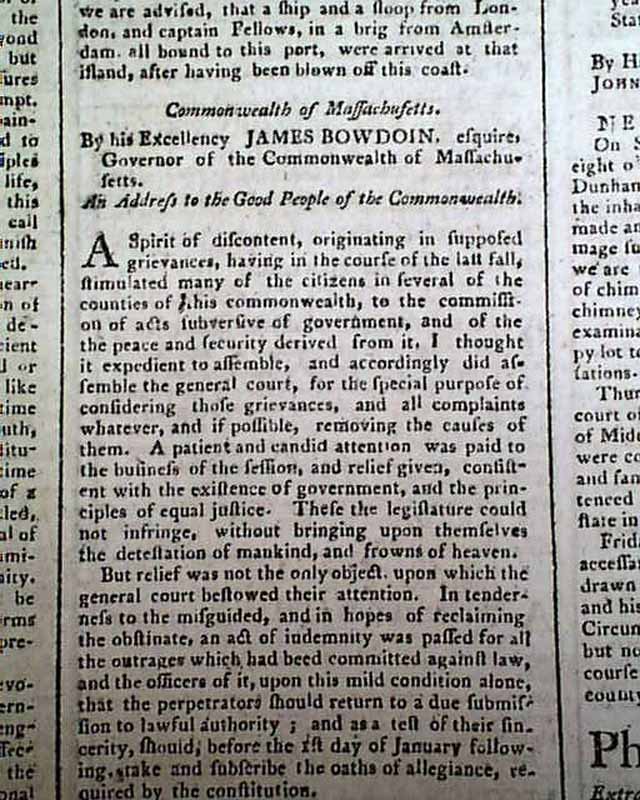 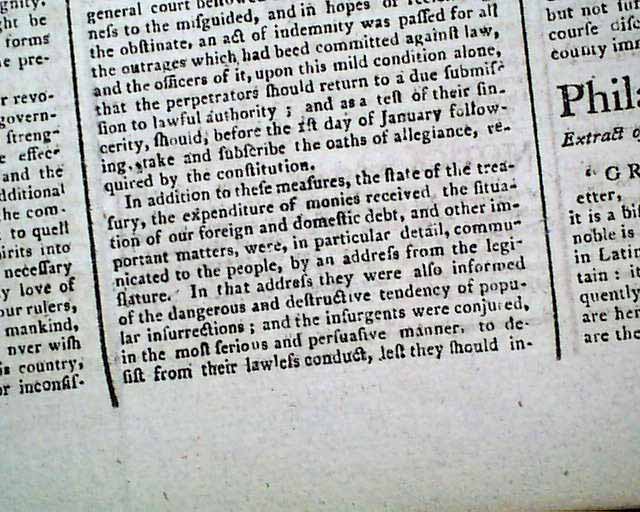 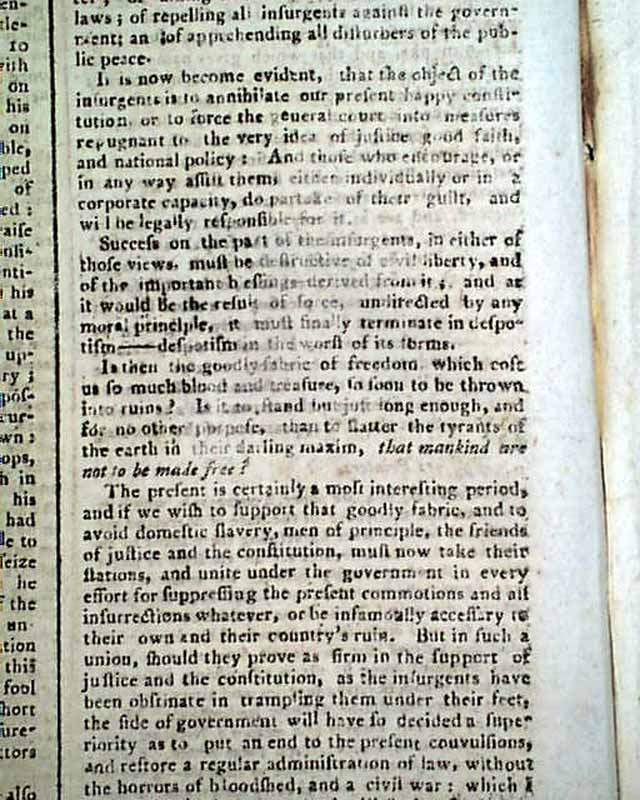 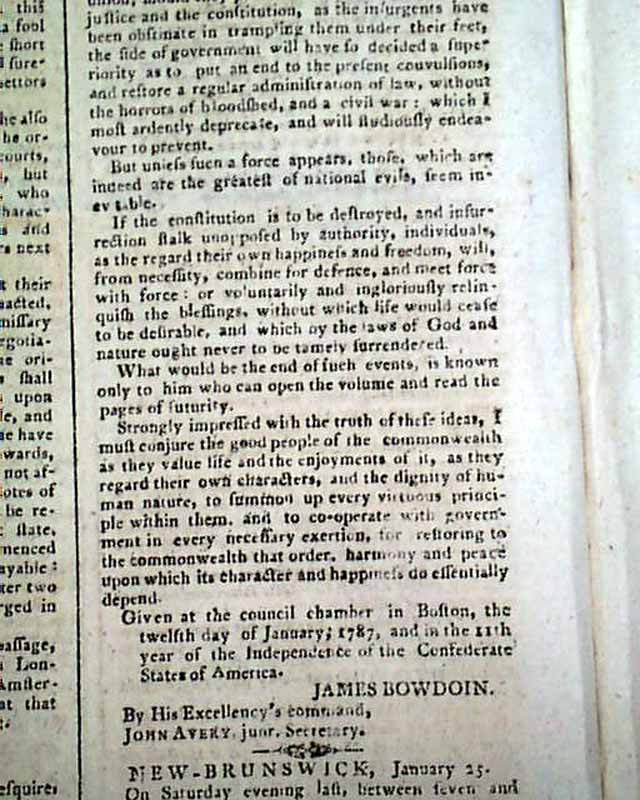 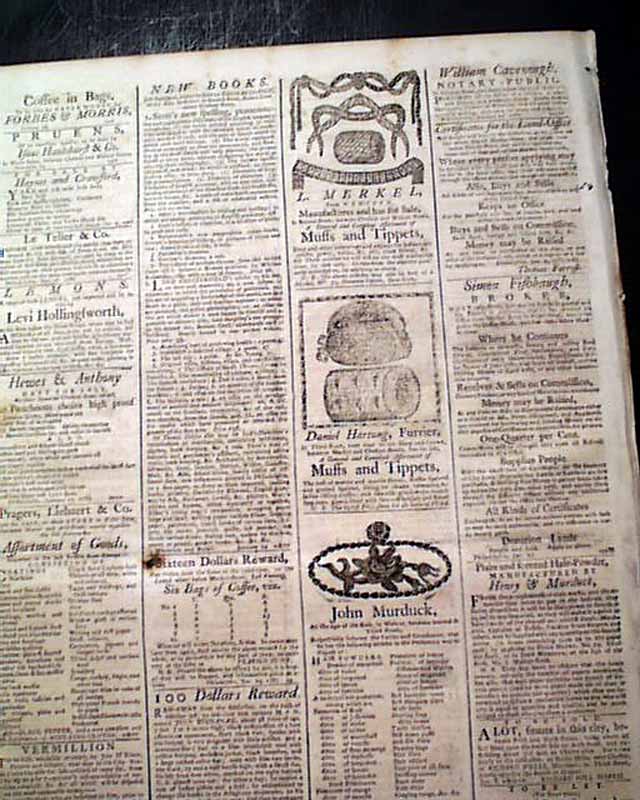 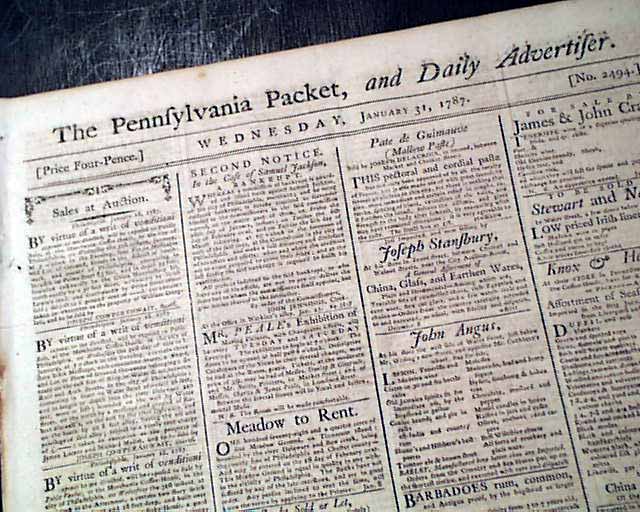 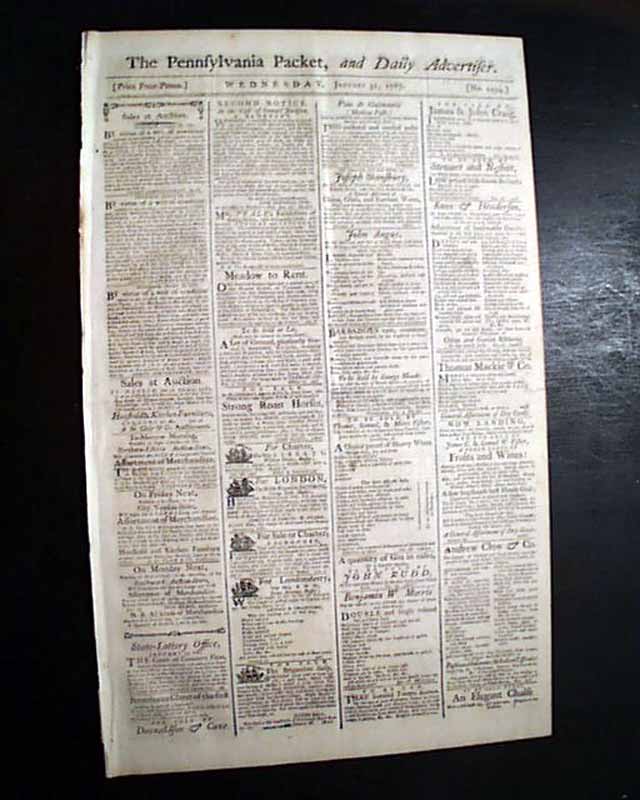