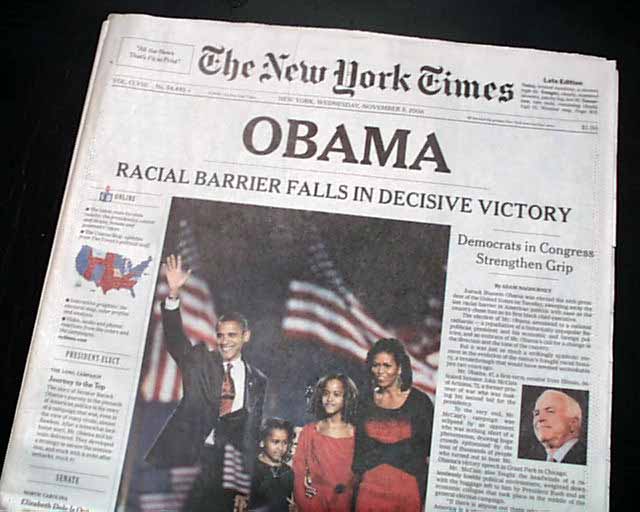 
(2) NEW YORK TIMES, Nov. 5, 2008 and Jan. 21, 2009  A great pair of issues reporting both the election and inauguration of the first African-American president to occupy the White House.
The banner headline of the 5th is a simple: "OBAMA" beneath which is: "Racial Barrier Falls In Decisive Victory". The banner headline of the 21st announces: "OBAMA TAKES OATH, AND NATION IN CRISIS EMBRACES THE MOMENT". Both issues have related color photos on the front page.
This 5th is complete in 5 sections, the 21st appears complete as well, the 2nd "Special Section" is devoted the President Barack Obama. Both in nice condition.
A terrific pair on one of the more notable political events of the 21st century.