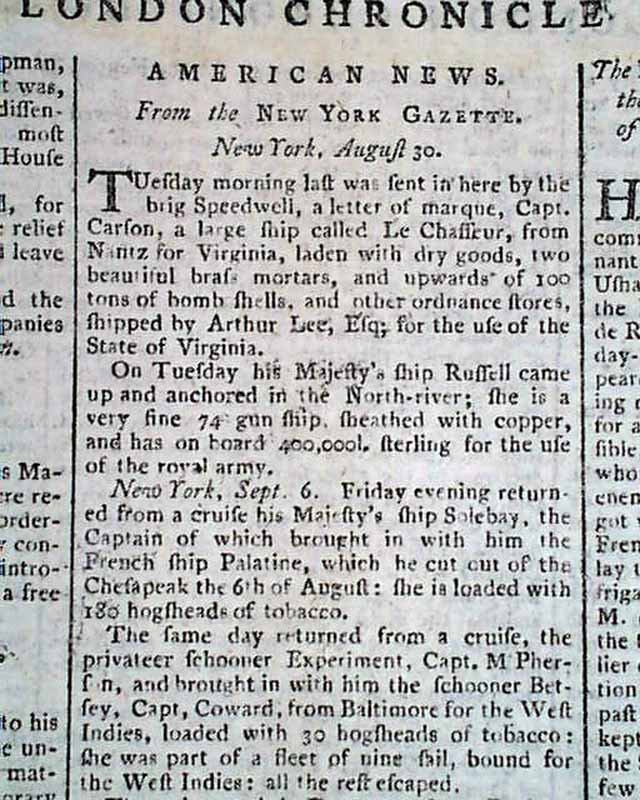 Inside includes: "A Proclamation" by the governor of New York concerning the hostile actions of France against England.
But certainly the most significant content is the very early report of the naval battle between John Paul Jones and the Serapis: "...that there has lately entered the road of the Texel to of the King's ships, namely the Serapis and the Countess of Scarborough, who were attacked and taken by force by one named Paul Jones, a subject to the King, who, according to treaties & laws of war falls under the class of rebels or pirates. the undersigned is consequently driven by force to recur to your High Mightinesses to demand their immediate order to stop in the Texel the Serapis and countess of Scarborough with all the officers & ships companies & all belonging to them..." with a bit more, and beneath which is: "The day of the date of the above memoir Paul Jones arrived here accompanied by only one domestic. He staid but a day & then set off past for Amsterdam to join his squadron in the Texel."
Eight pages, 8 1/2 by 11 inches, great condition.