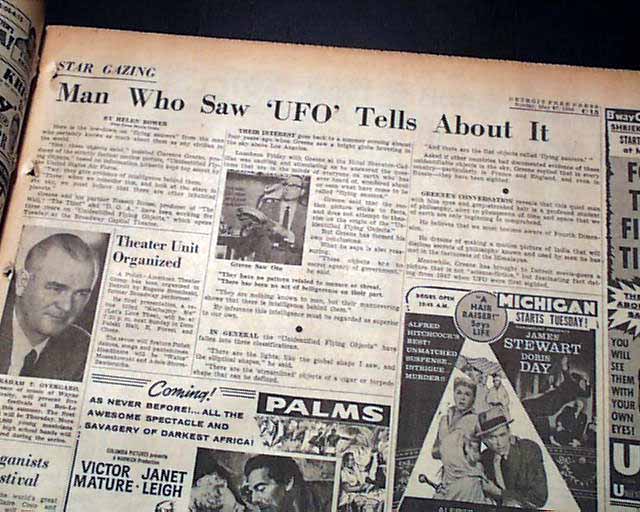 The top of page C-15 has a six column heading: "Man Who Saw 'UFO' tells About It" with small photo of Clarence Greene. Also on the same page is a opening day for the film "UFO" which has it's premiere two days later.
Complete with 50+ pages, minor margin wear, small binding holes along the spine, generally nice.