Home > Premiere weekend of "Raiders of the Lost Ark"...
Click image to enlarge 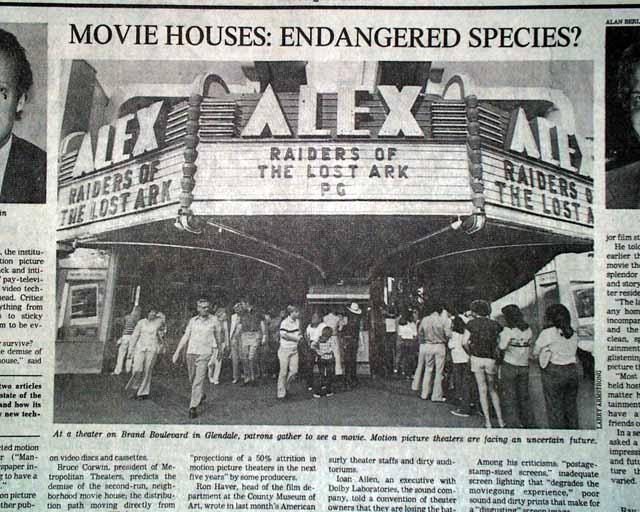 
LOS ANGELES TIMES, June 17, 1981  The front page of the CALENDAR section has: "'LOST ARK' A RESOUNDING TRIUMPH AT BOX OFFICE", which continues on an inside page which also has a 4 3/4" by 13 1/4" advertisement for the premiere weekend of this Academy Award Winning film. It is nice to have this report in a Los Angeles newspaper.
Ironically, this same front page has: "MOVIE HOUSES: ENDANGERED SPECIES?", with a large photo of a theater marquee's advertisement for: "RAIDERS OF THE LOST ARK", followed by a lengthy article which continues on an inside page.
While believed to be a complete issue, the focus of this offering is the Calendar section containing the described content. Nice condition. 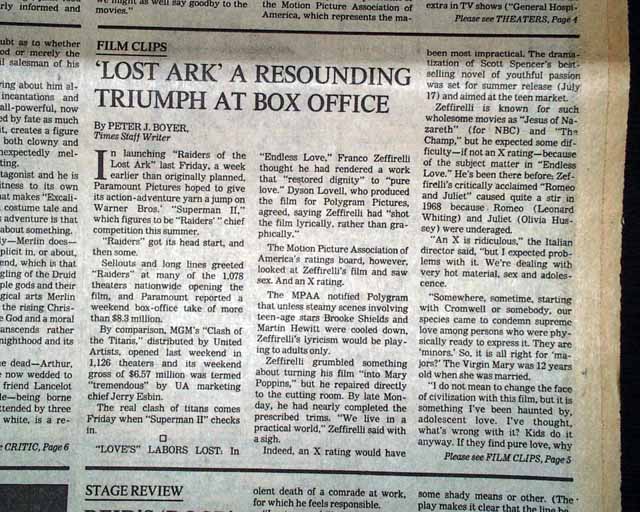 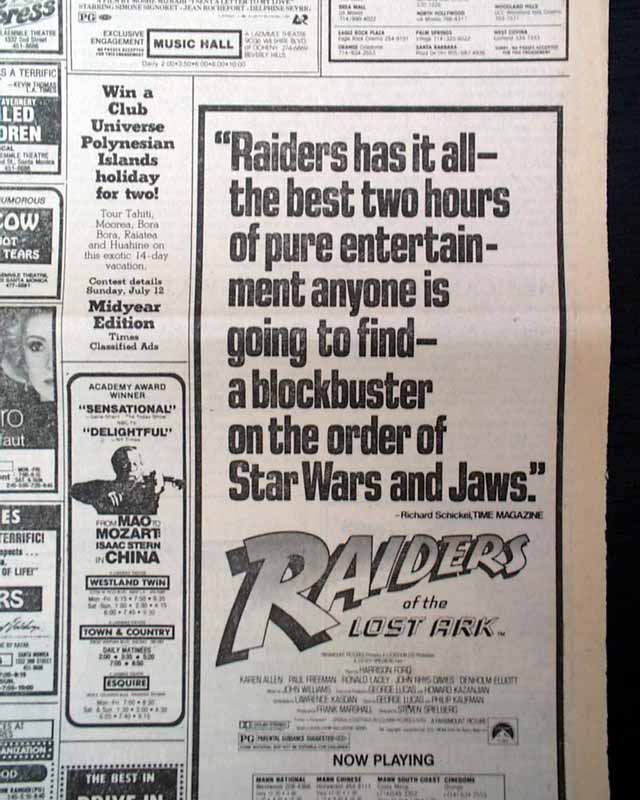 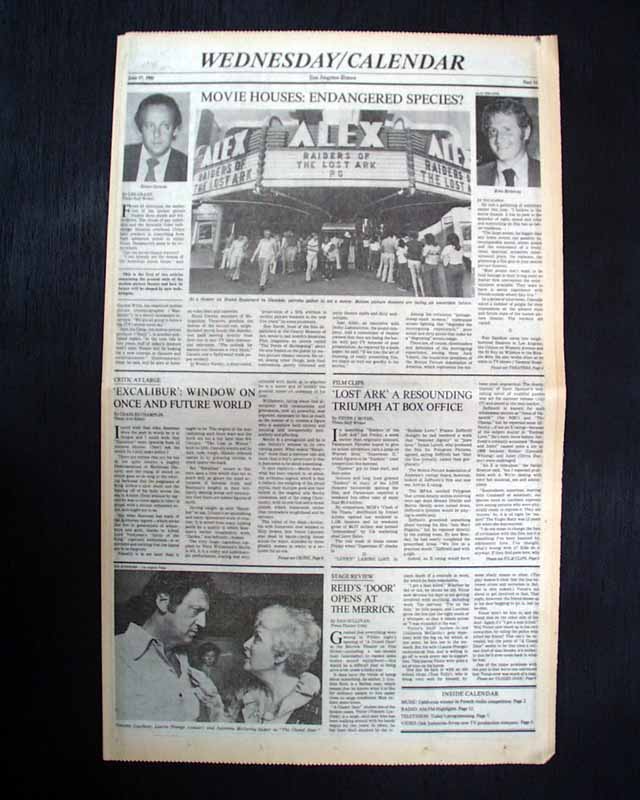 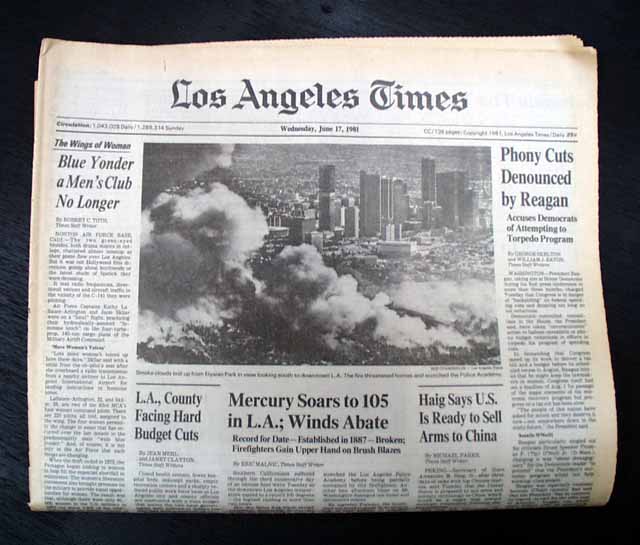