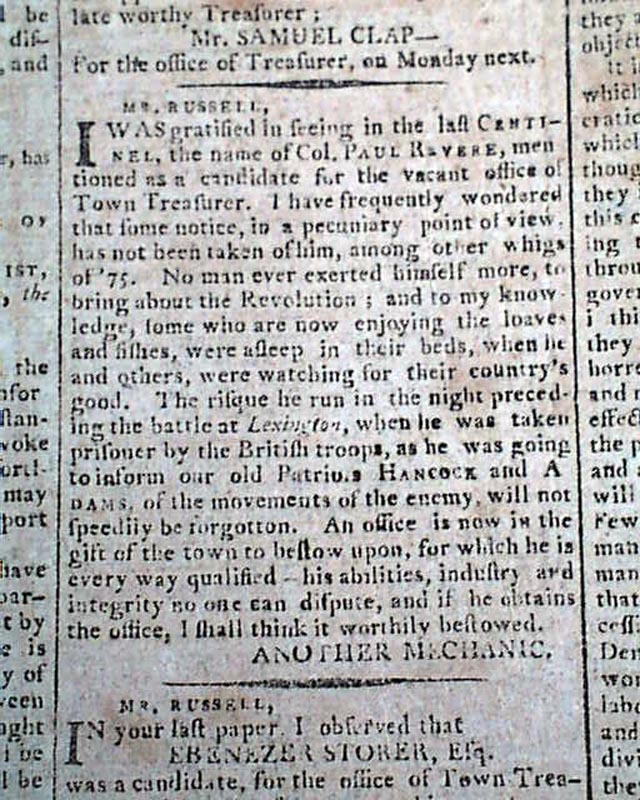 
COLUMBIAN CENTINEL, Boston, Dec. 5, 1795  Period accounts of Paul Revere's legendary ride on the eve of the battle of Lexington and Concord are exceedingly rare. The few we discovered over the past 45 years are exceptionally brief.
As Paul Revere was running for the vacated post of town treasurer for Boston, a friend writes a piece for this Boston newspaper in support of him and includes a very rare reference to his 'midnight ride'. This is the first we've seen of such a report.
The full article appears in the photo, but a portion includes: "...I have frequently wondered that some notice...has not been taken of him among other whigs of '75. No man ever exerted himself more to bring about the Revolution; and...some who are now enjoying the loaves and fishes were asleep in their beds when he & others were watching for their country's good. The risque he run in the night preceding the battle at Lexington, when he was taken prisoner by the British troops as he was going to inform our old patriots Hancock and Adams of the movements of the enemy, will not speedily be forgotten..." and a bit more.
A wonderful re-visit of one of the more famous events of not just the Revolutionary War, but the entire 18th century, in a newspaper just 20 years after it happened.
Four pages, various foxing throughout, generally good condition. 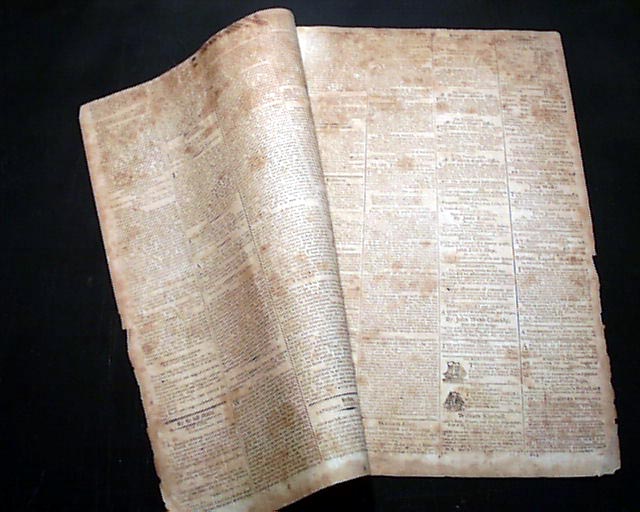 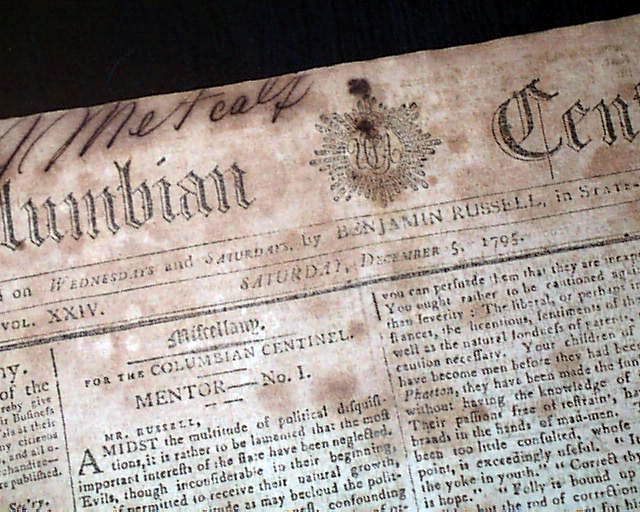 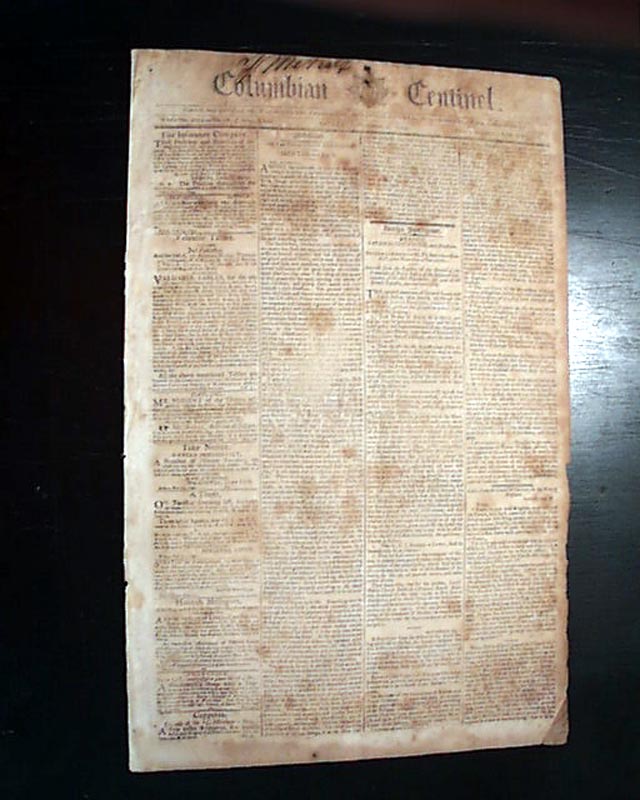