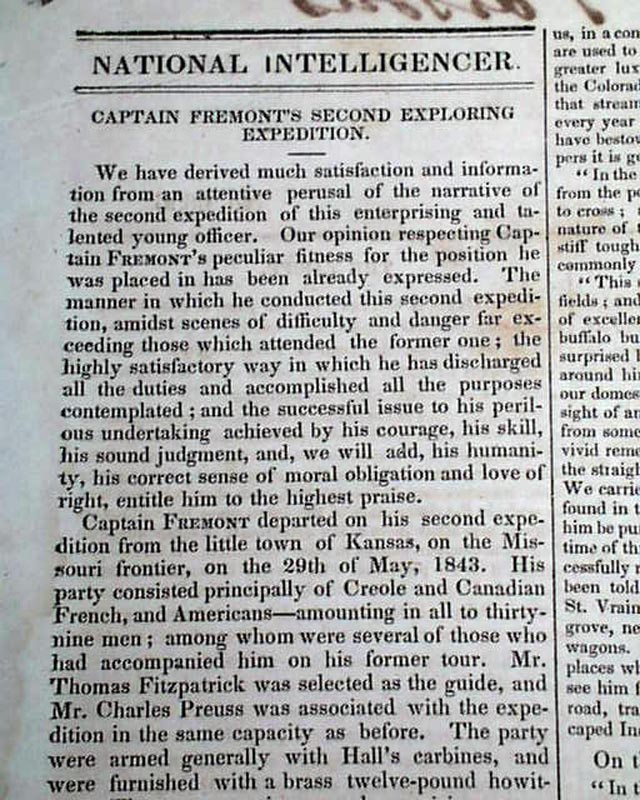 
During the years of 1842–54 Fremont personally led and directed five western expeditions. This set of issues details his lengthy report on the second expedition (1843-4), to the interior of the Rockies and the Pacific Coast including northern, southern, central, and eastern Utah as well.
Great to have this extremely lengthy & detailed report in this famous title from the nation's capital.
Each complete in 4 pages, the issue of the 28th has an irregular bottom margin not affecting any text, generally all in good condition.