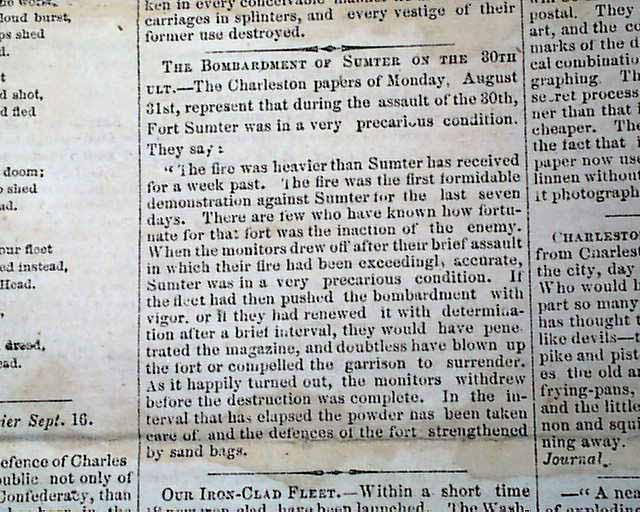 This newspaper was established in March of 1862 after its capture by Union forces during the early part of the Civil War. Issued in a "military command", the newspaper sought to provide mostly military reports and other items. It is also interesting that a Union newspaper was published in South Carolina considering the state remained a Confederate stronghold until near the end of the war.
This issue has interesting war content with articles including: "The Bombardment of Sumter on the 30th" "Fort Sumter' "Our Iron-Clad Fleet" "Charleston Chivalry" "Grand Review on Morris Island" "Charleston News" 'News Fro the North" and more.
Four pages, never bound nor trimmed with wide margins, 9 1/2 by 12 1/2 inches, various folds with some small breaks at fold junctures. Generally good condition.