Home > Franklin's early work with electricity (article by him)...
Click image to enlarge 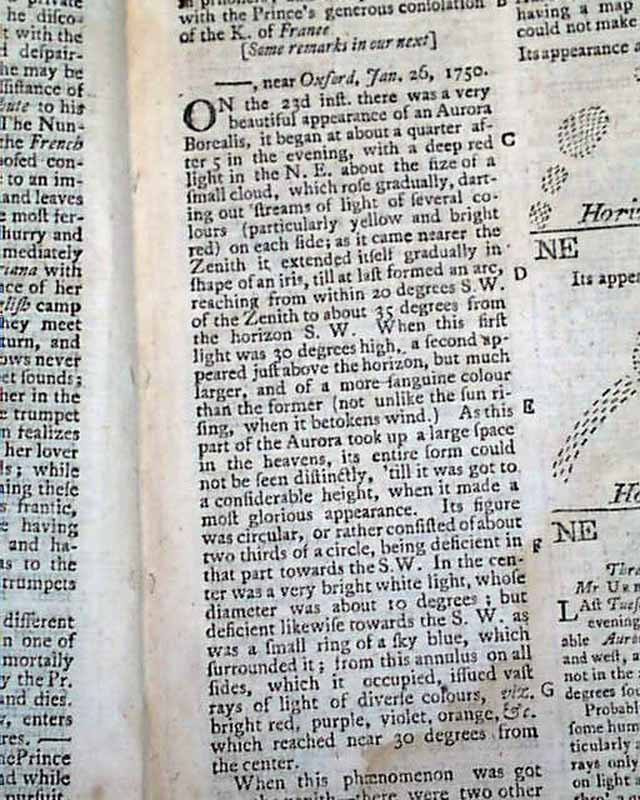 Franklin's early work with electricity (article by him)...

THE GENTLEMAN'S MAGAZINE, London, January, 1750  Although there is much interesting content in this issue, perhaps the best is an article: "By a Number of Experiments lately made in Philadelphia, Several of the Principal Properties of the Electrical Fire were Demonstrated...".
The fact that this article was by Franklin & about his electricity work is documented by the April, 1857 "Gentleman's Magazine" issue in an article titled: "Autobiography of Sylvanus Urban" (pg. 357) where it states: "The earliest account of the electrical experiments made by Benjamin Franklin, at Philadelphia (where he was then the post-master) appeared anonymously in the "Gentleman's Magazine for January, 1750." This article mentions several of Franklin's important discoveries, including: "...that it will live in water...that it is more strongly attracted by slender sharp points than by solid blunt bodies...that bodies replete with this fire strongly attract such as have less of it, and repel such as have an equal quantity..." and much more, totaling 18 "discoveries" in all.
An inside page has an article on the Aurora Borealis and includes two small illustrations of it. Also: "A Letter said to be sent to the Indian Prince of Nova Scotia, to the English governor of Chebucto". An article: "Description of Pistill Rhaiadr, Surprising Cataract (waterfalls) in North Wales" which includes a nice full page plate of it.
A second plate is included showing the "Ensigns of 20 Orders of Knighthood" but lacking the third plate.
Also: "Further Extract of a Voyage to South America, made by Order of the King of Spain" which includes a nice print of "A Guayaquil Balzar, or Raft". A nice article from "Mr. Catesby's Natural History of Carolina" is on "Insects in Carolina".
Near the back is the "Historical Chronicle" which includes a report headed "America" with items from North Carolina and Boston.
Complete in 48 pages, full title/contents page featuring an engraving of St. John's Gate, 5 by 8 inches, various damp staining, good condition.