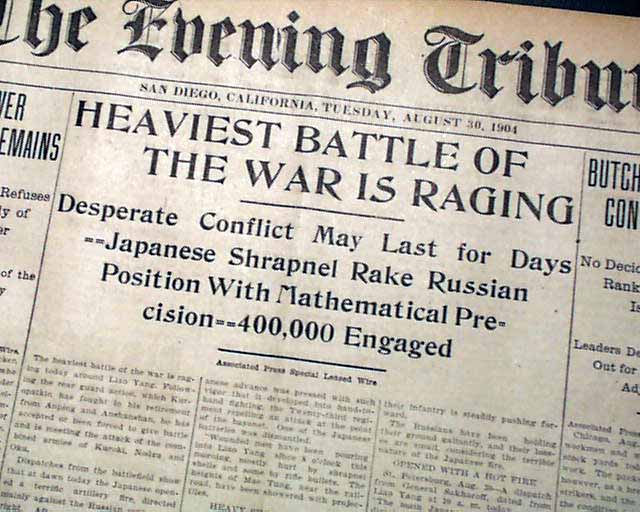 The top of the front page has a three column headline: "HEAVIEST BATTLE OF THE WAR IS RAGING" with subhead. (see) Surprisingly this issue is in good condition being from the "wood pulp" era. Very hard to find issues that are not totally fragile from this era in paper.
Complete with 6 pages, small library stamps within the masthead, nice condition. 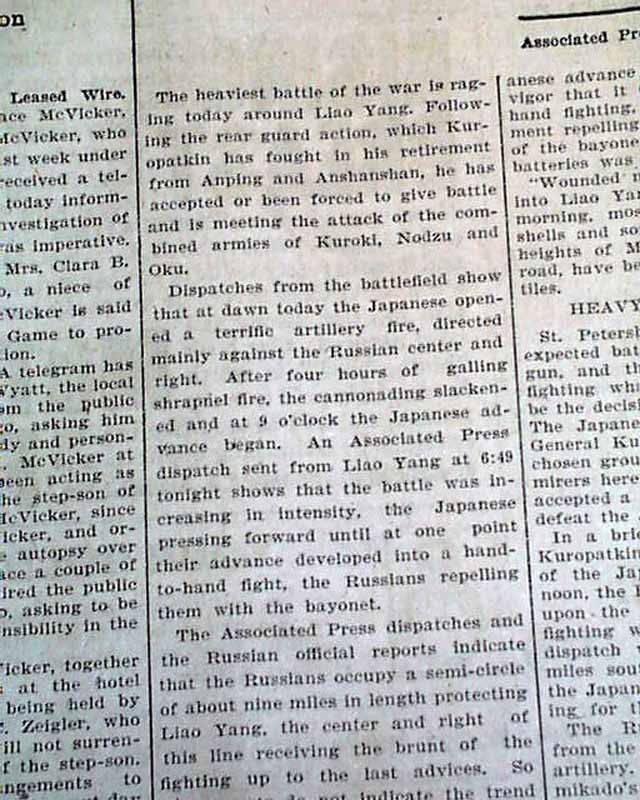 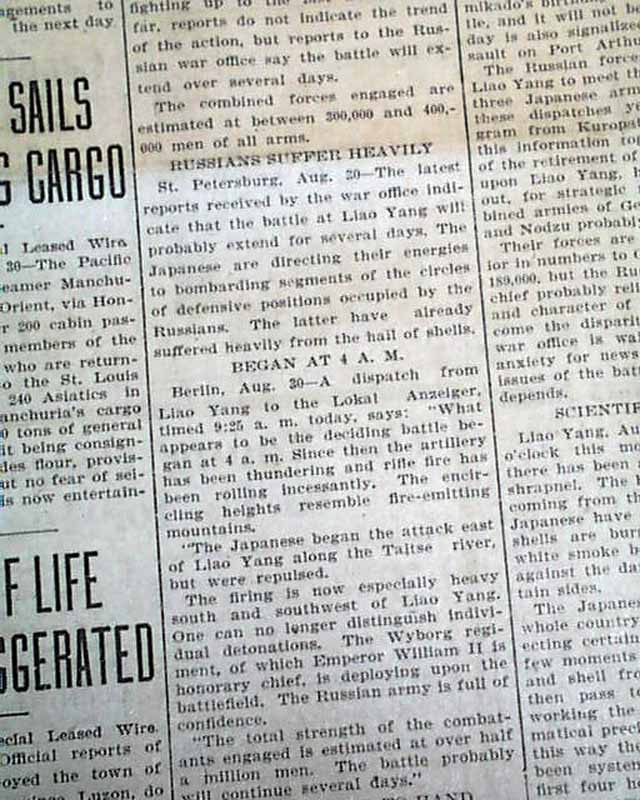 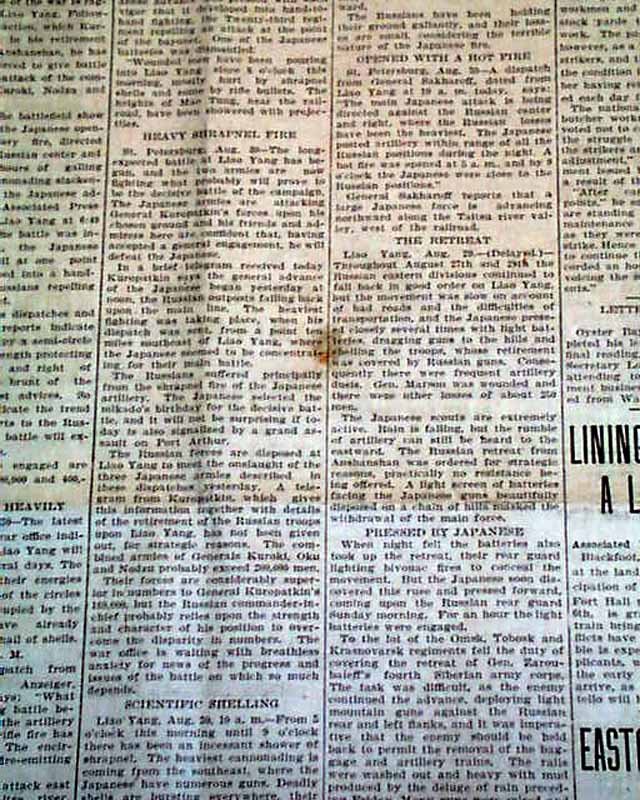 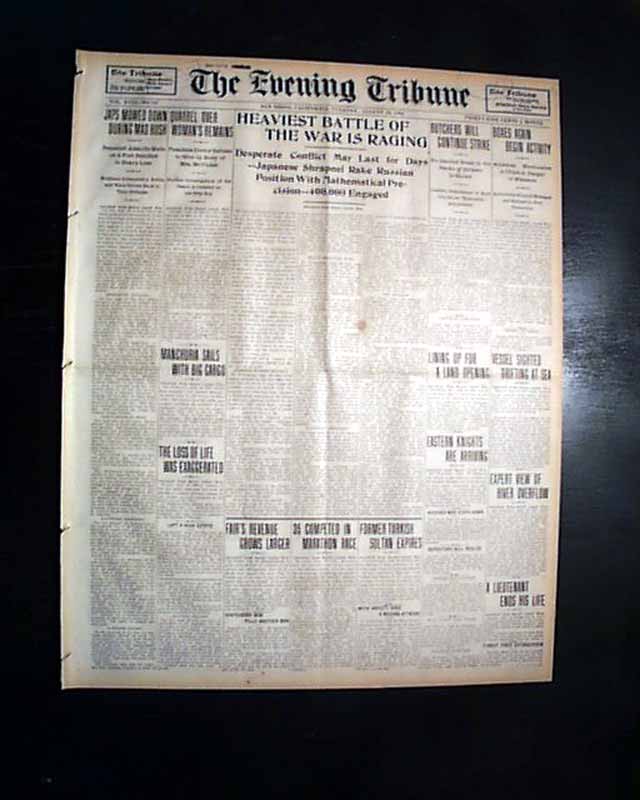