Home > The first of the Lincoln Douglas debates...
Click image to enlarge 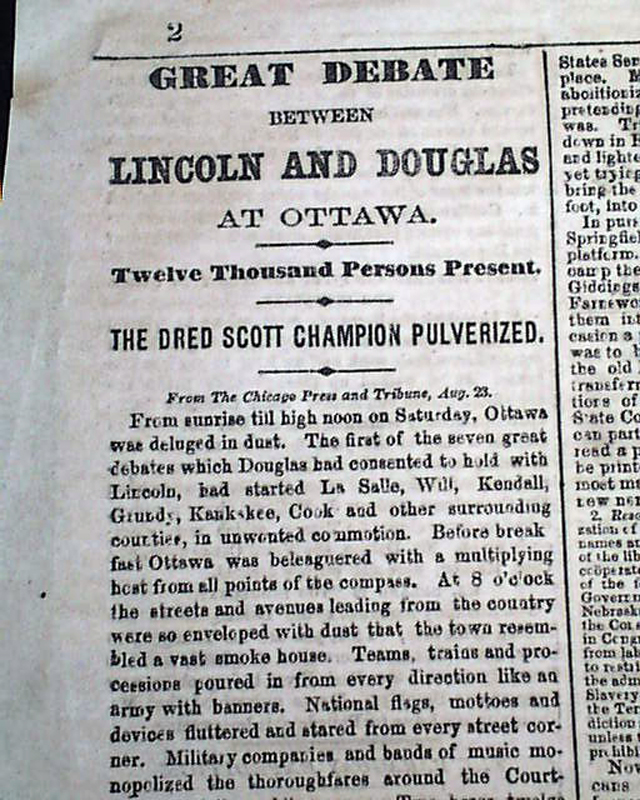 The first of the Lincoln Douglas debates...

* Abraham Lincoln & Stephen Douglas
* The Great Debates of 1858 (first one)

We find that reports on the now-famous Lincoln Douglas debates are very difficult to find in newspapers outside of Illinois, perhaps not surprising because it as a senate race in Illinois and Lincoln was, at this time, still a relatively unknown figure in American politics.
However this issue is a rare exception, as pages 2 and 3 contain a report headed: "Great Debate Between Lincoln And Douglas At Ottawa" "Twelve Thousand Persons Present" "The Dred Scott Champion Pulverized" which begins: "From sunrise till high noon on Saturday Ottawa was deluged in dust. The first of the seven great debates which Douglas had consented to hold with Lincoln..." with more.
What follows is the complete text headed: "Mr. Douglas's Speech" and is followed by: "Mr. Lincoln's Reply" which takes most of the page, and is followed by: "Mr. Douglas In Reply" then followed by: "Conclusion of the Whole Matter" (photos show only portions).
Complete in 8 pages, never bound nor trimmed, a damp stain, some foxing and an archival mend across the middle of the front page, with a bit of paper loss near the spine which affects about 10 words on page 2 in "Mr. Lincoln's Reply". Smaller archival mends in pages 2 & 3 near the spine.
The second leaf is partially close-trimmed at the top not affecting any pertinent content, then even smaller mends at the fold to later pages. 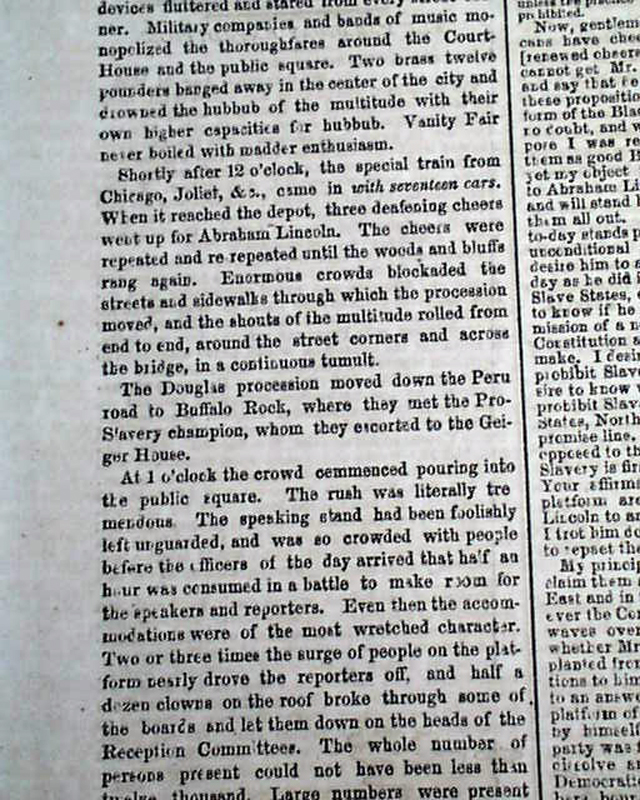 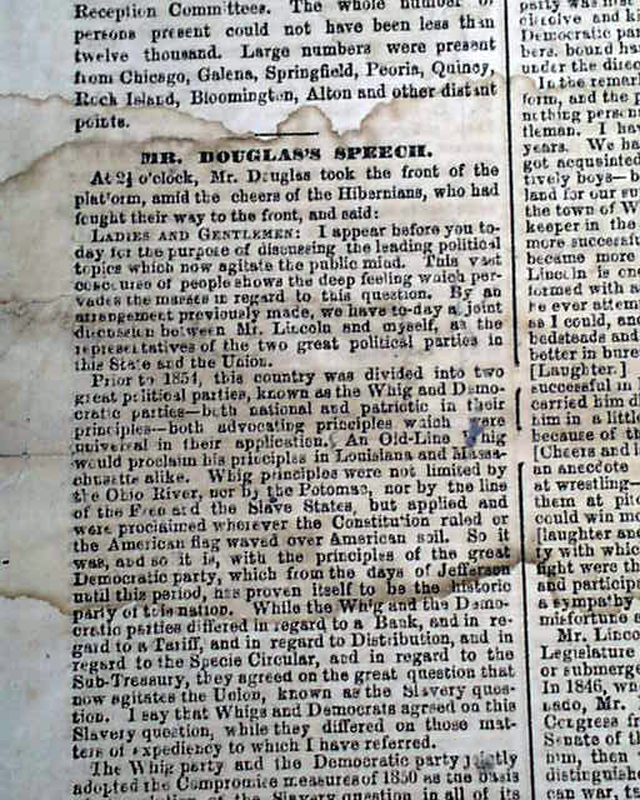 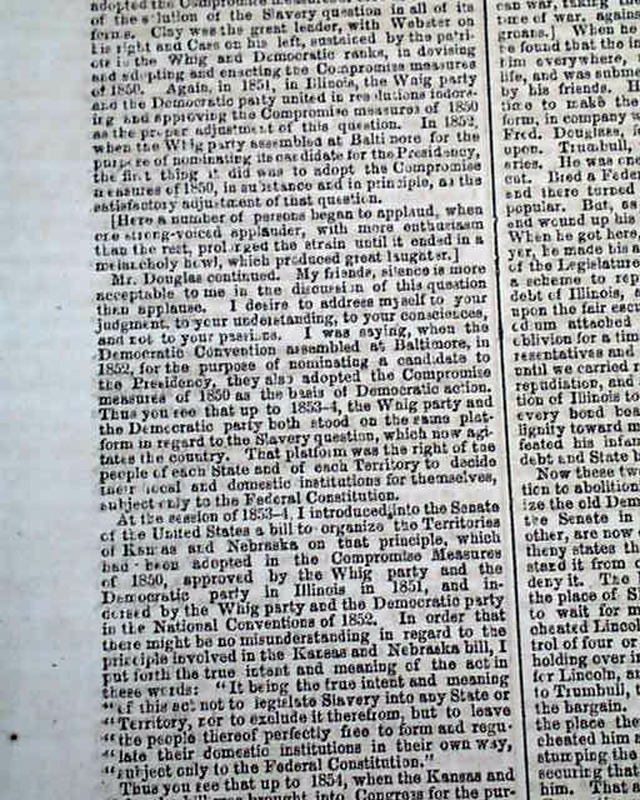 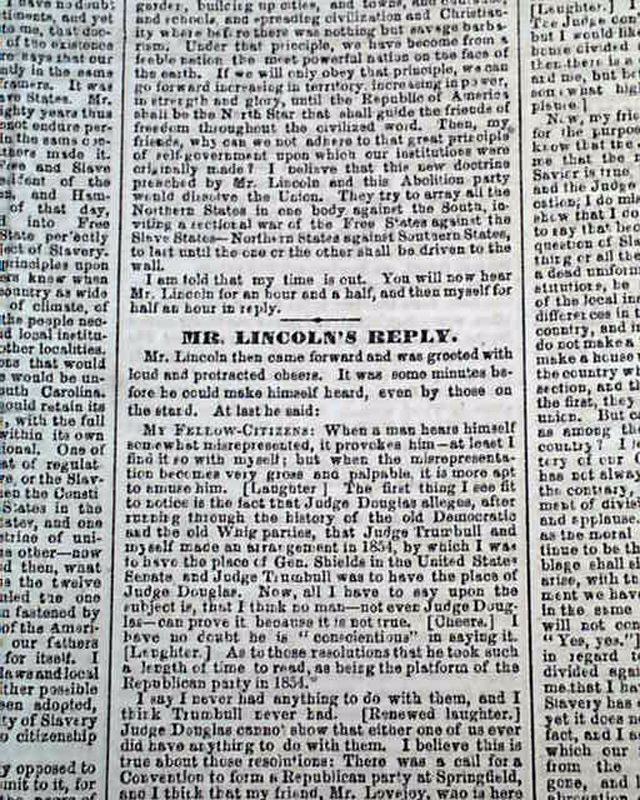 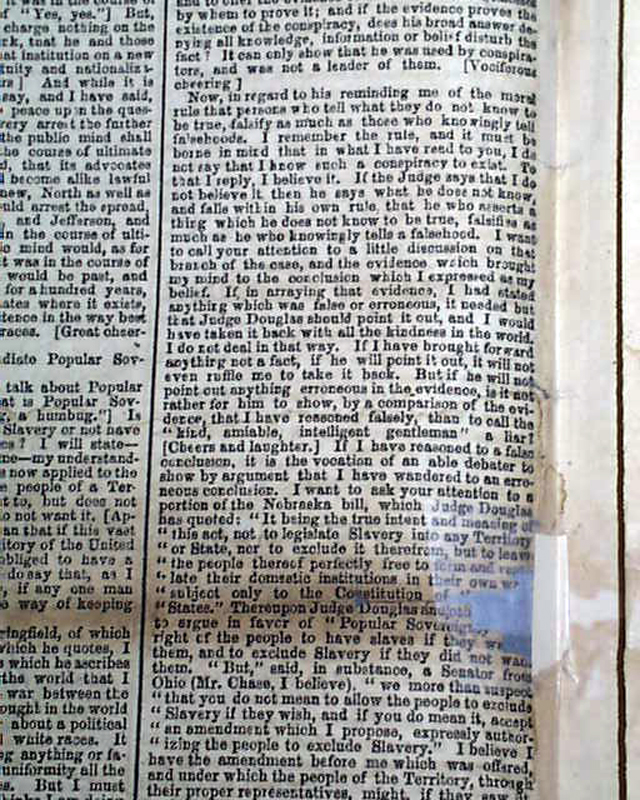 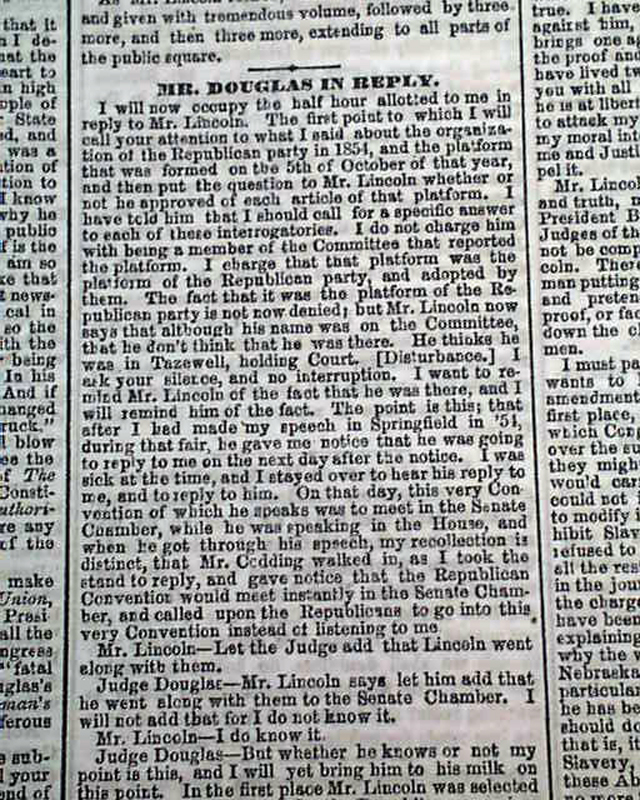 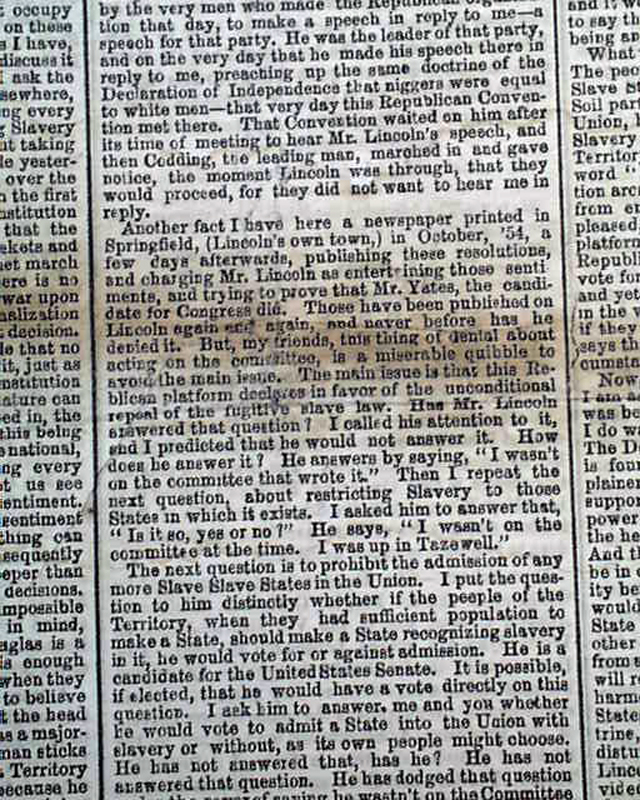 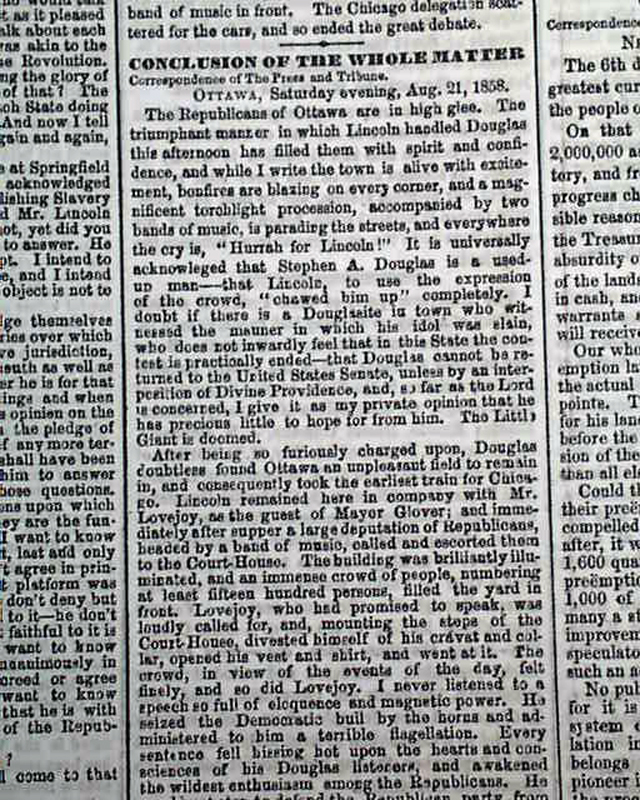 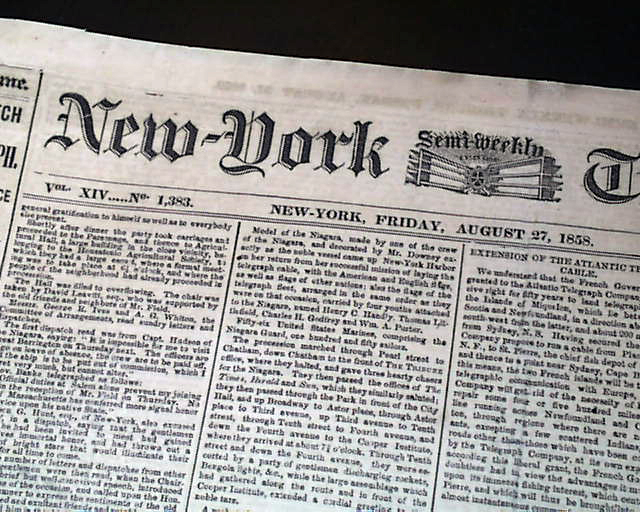 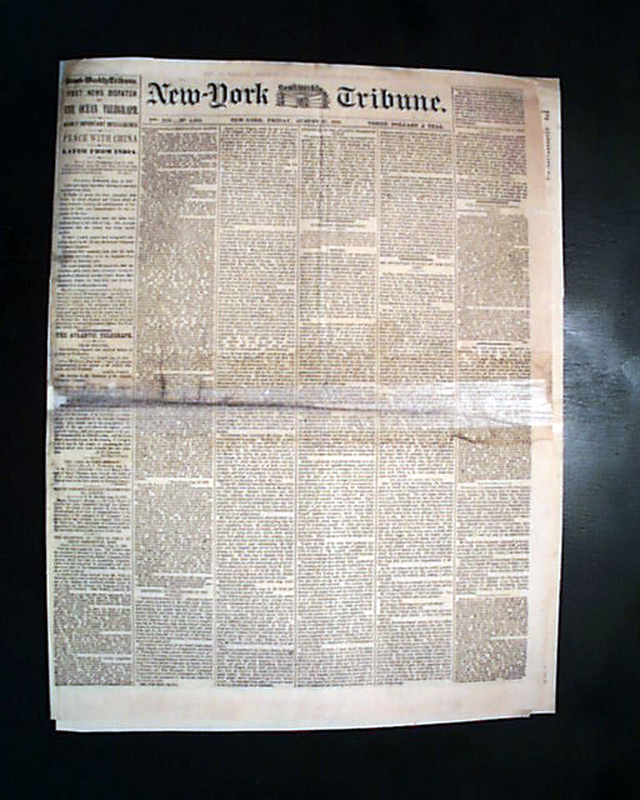