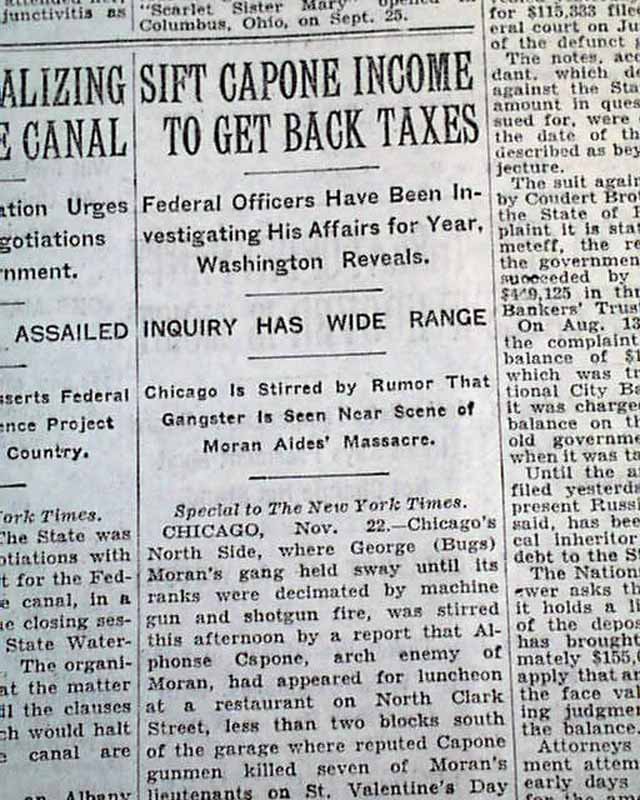 Page 2 has a one column heading: "SIFT CAPONE INCOME TO GET BACK TAXES" with subheads. (see) This investigation would be the eventual downfall of the infamous beer baron about a year later. Also mention of the St. Valentine's Day Massacre.
Other news, sports and advertisements of the day. Complete 1`st section only with all 32 pages, rag edition in nice condition.