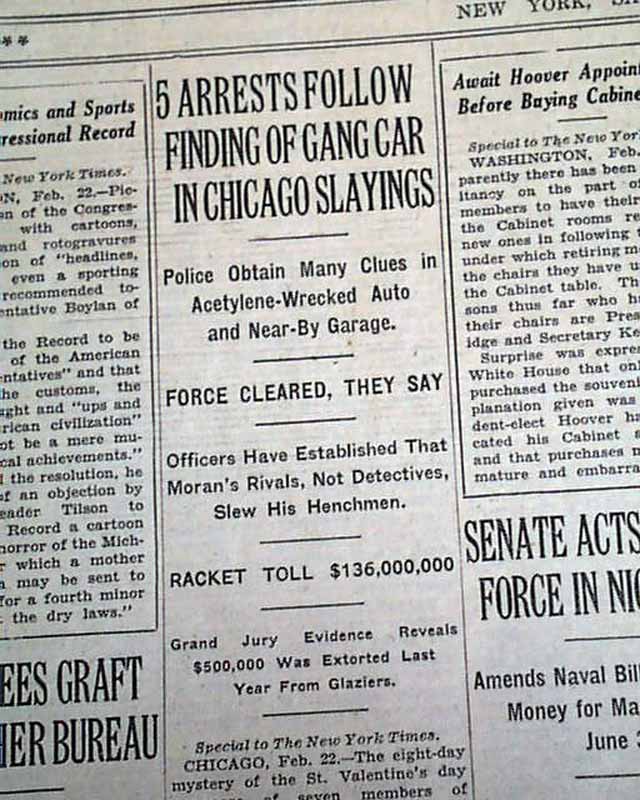 The front page has one column headings that include: "5 ARRESTS FOLLOW FINDING OF GANG CAR IN CHICAGO SLAYINGS" "Officers Have Established That Moran's Rivals, Not Detectives, Slew His Henchmen" and more. (see) Original reporting on what is probably the most historic event in American gangster history. Always nice to have notable events in history reported in this World famous publication.
Other news, sports and advertisements of the day. Complete in 28 pages, light toning at the margins, irregular along the spine, generally nice.