Home > Back to Search Results > Albert Einstein on the speed of light....
Click image to enlarge 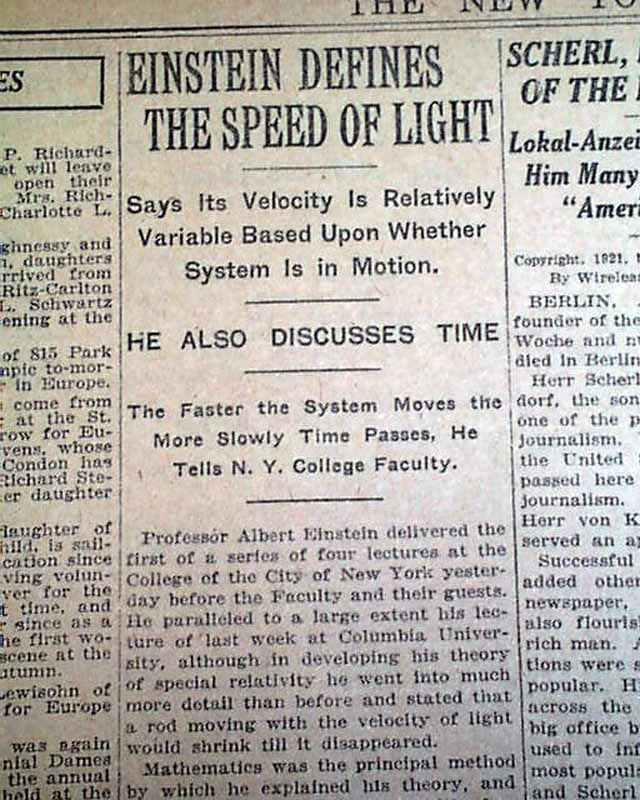 Albert Einstein on the speed of light....

Page 17 has one column headings: "EINSTEIN DEFINES THE SPEED OF LIGHT" "Says Its Velocity Is Relatively Variable Based Upon Whether System Is In Motion" "He Also Discuses Time" and more. (see)
Other news, sports and advertisements of the day. Complete in 24 pages, light browning, a little irregular along the spine, generally in nice condition.