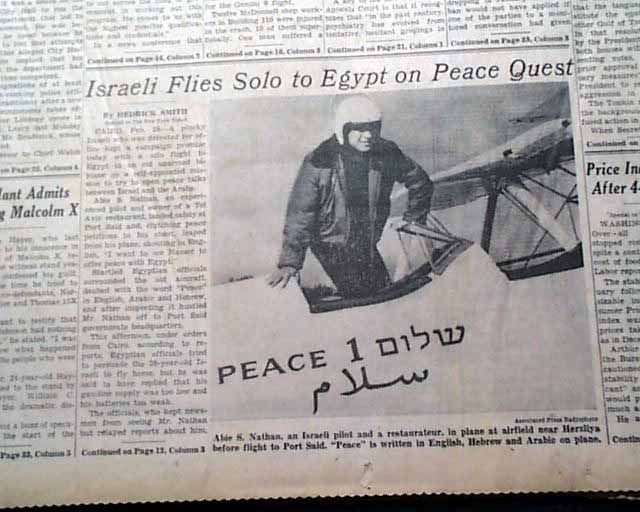 The bottom of the front page has a three column heading: "Israeli Flies Solo to Egypt on Peace Quest" with photo. (See) First report coverage continues inside with another related photo and map.
Complete with all 76 pages, a little spine wear, nice condition.

wikipedia notes: Nathan led a party called Nes (Miracle) in the 1965 Knesset elections, but failed to cross the electoral threshold. After the results were published, he declared that he would fly to Egypt in his plane, which he named Shalom 1 ("Peace 1"), carrying a message of peace. He landed in Port Said on 28 February 1966, where he was arrested. He asked to meet Egyptian President Gamal Abdel Nasser to deliver a petition calling for peace between Israel and Egypt. He was refused and deported back to Israel, where he was arrested again for leaving the country by an illegal route. 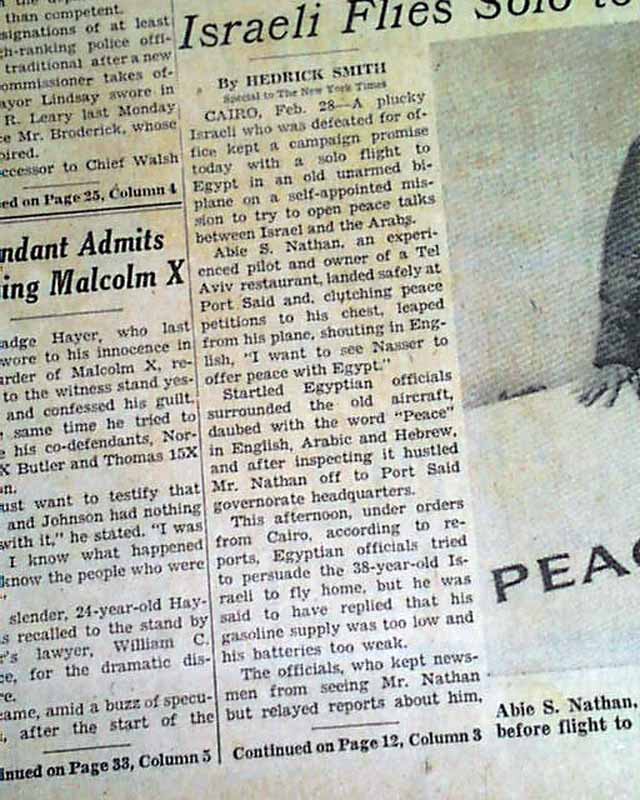 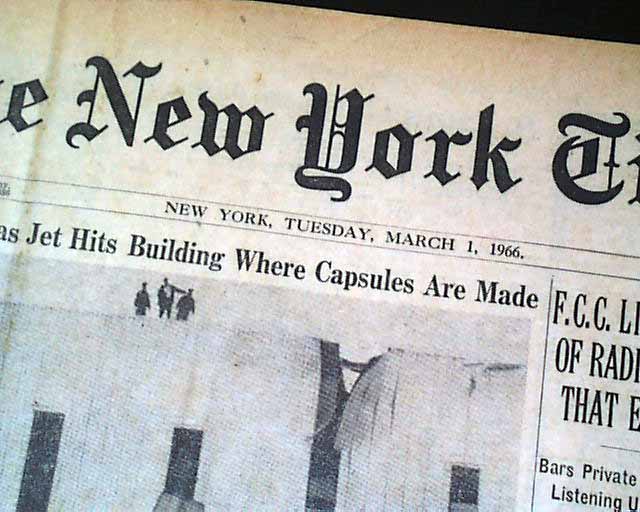 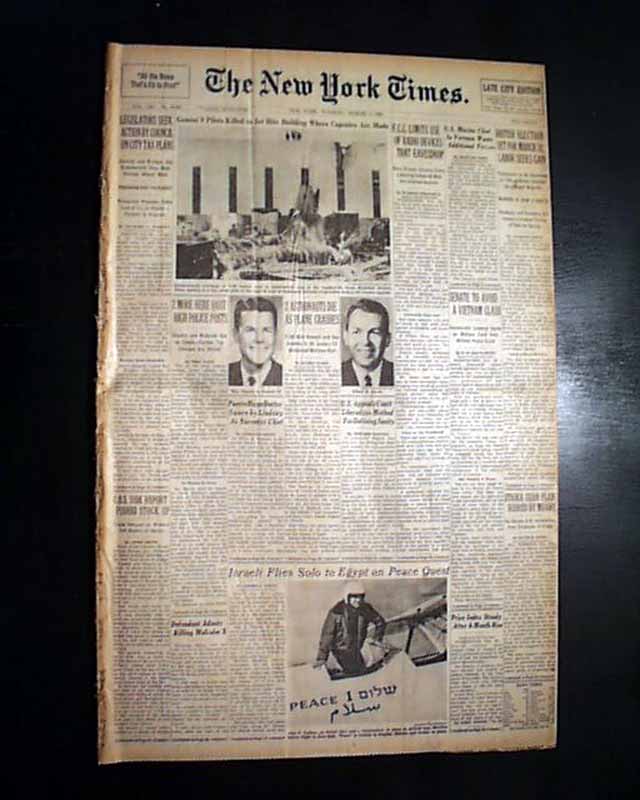 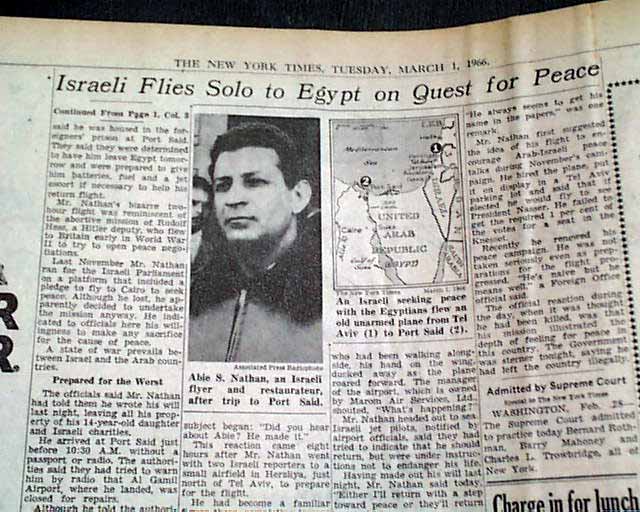