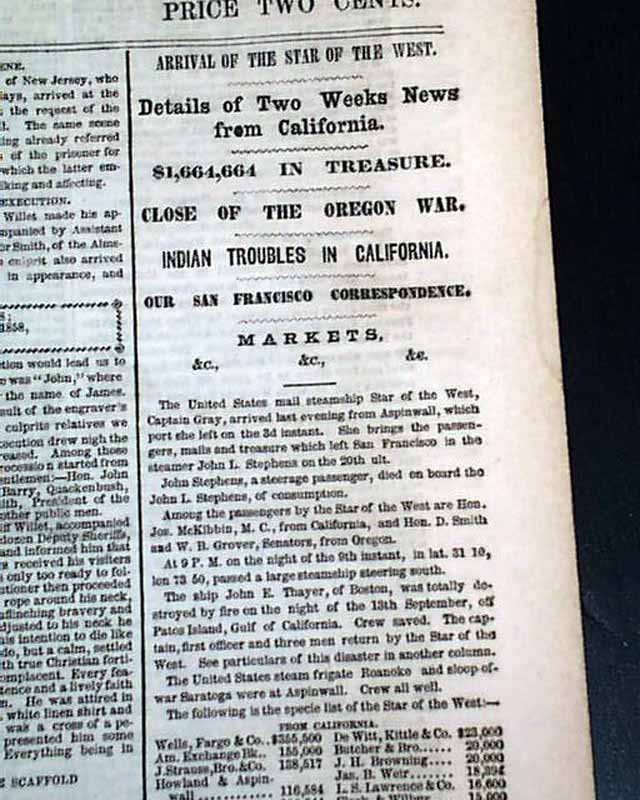 Page 4 has: "News from New Mexico" with a brief report stating in part: "...Kit Carson had passed through Santa Fe with a band of Ute Indians. The latter were on their way to fight the Navajos, with whom they were at war..." with more.
Ftpg. column heads include: "Details of Two Weeks News from California" "$1,664,664 In Treasure" "Indian Troubles In California" "Close of the Oregon War" and more.
Eight pages, very nice condition. 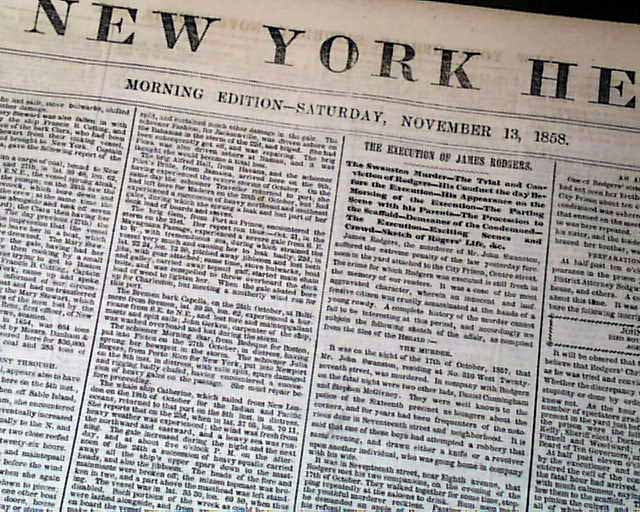 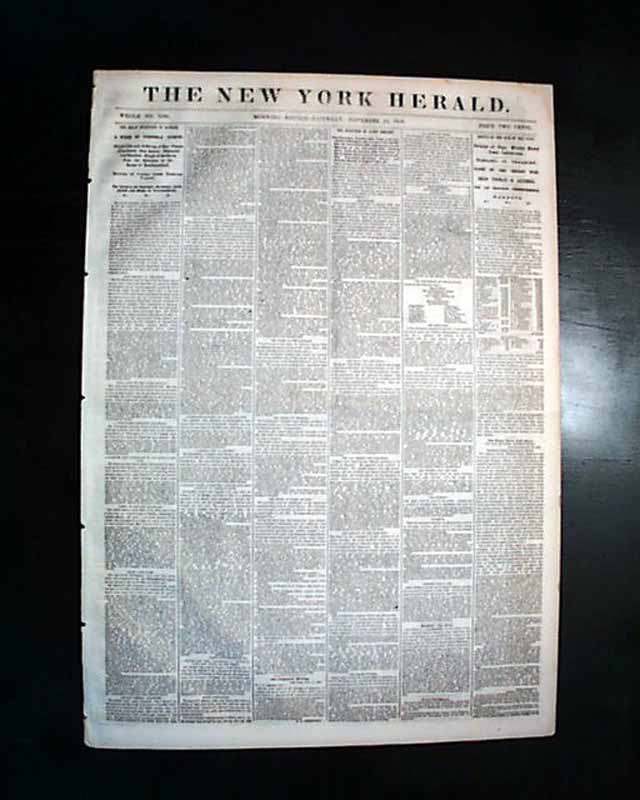 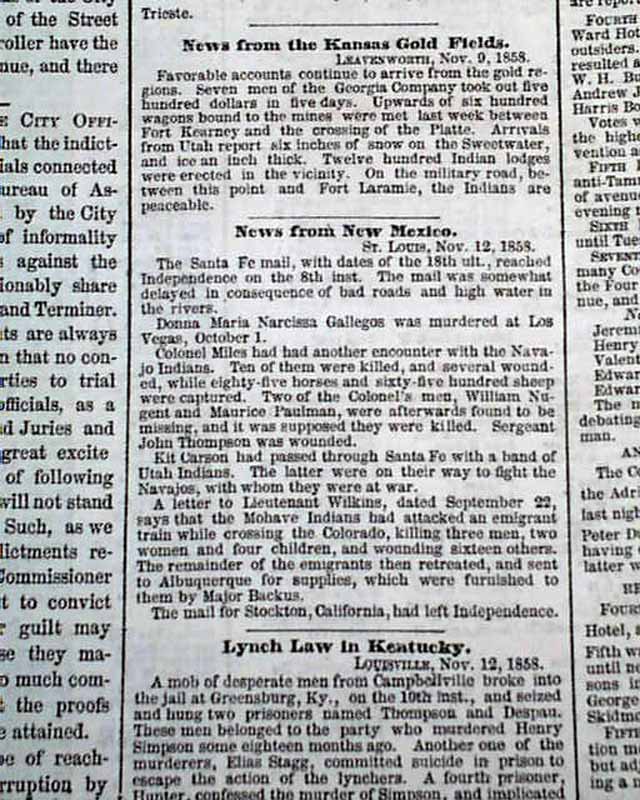