Home > Back to Search Results > Working towards ending Prohibition...
Click image to enlarge 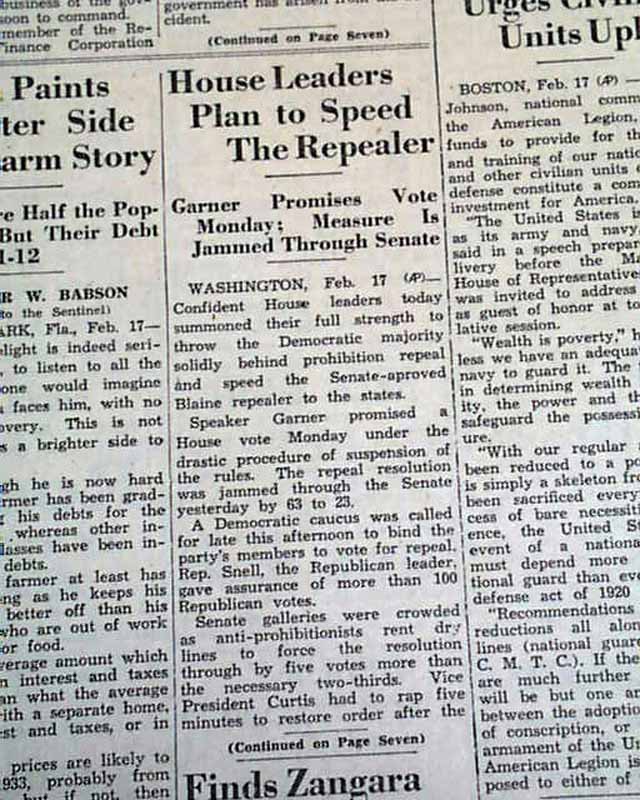 This trio of issues reports on the Blaine Act, a resolution adopted by the U.S. Congress on February 20, 1933, initiating repeal of the 18th Amendment which established Prohibition. Repeal was finalized when the 21st Amendment was ratified by the required minimum number of states on December 5, 1933.
See the photos for the heads in each of the issues.
All three are complete, light toning at the margins, generally very nice.