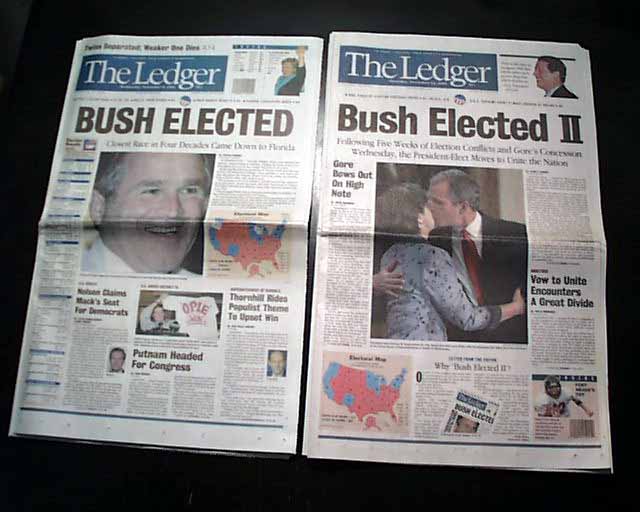 Given the attention of the current presidential election, here is a terrific--and perhaps the very best--pair of issues on the election controversy of George W. Bush's second term.
From the state of Florida, which was the focus of the turmoil of this election, the two issues have headlines which relate very nicely to one another. Never before have I seen such a pair of headlines which were meant to stay together! The Nov. 8, 2000 issue has the banner head: "BUSH ELECTED" and the Dec. 14, 2000 issue has the banner head: "Bush Elected II".
You get the pair, both issues complete and in nice condition. 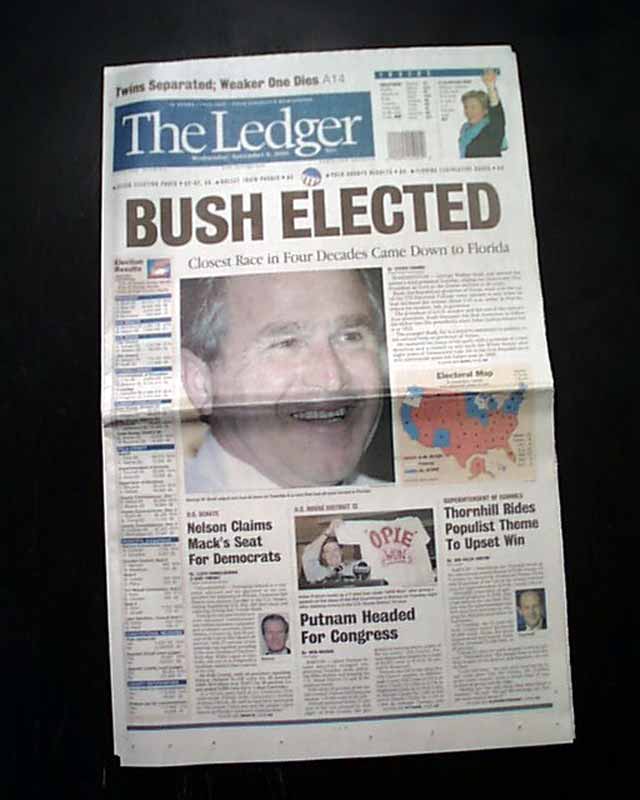 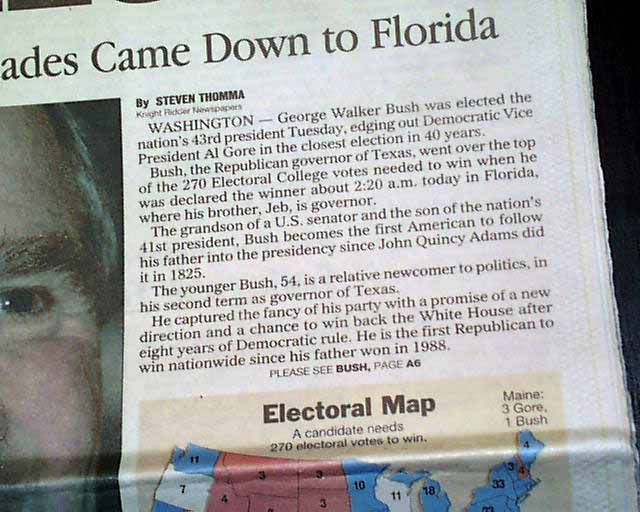 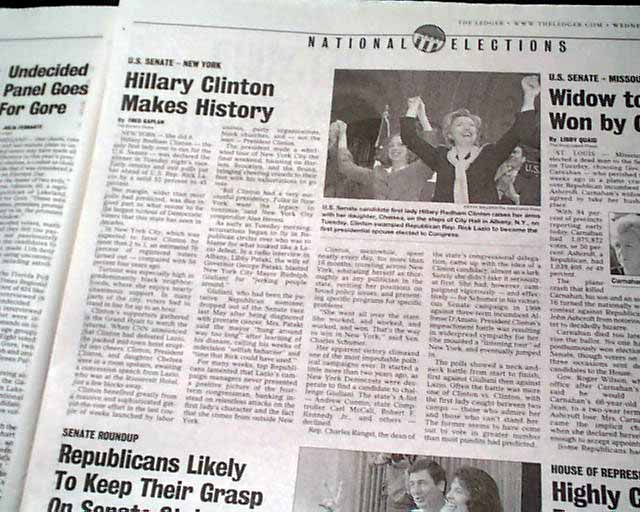 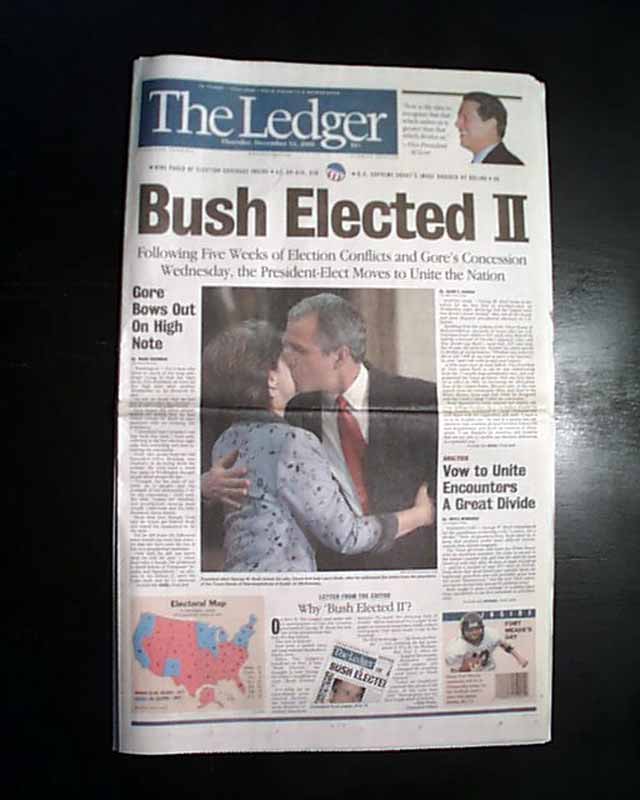 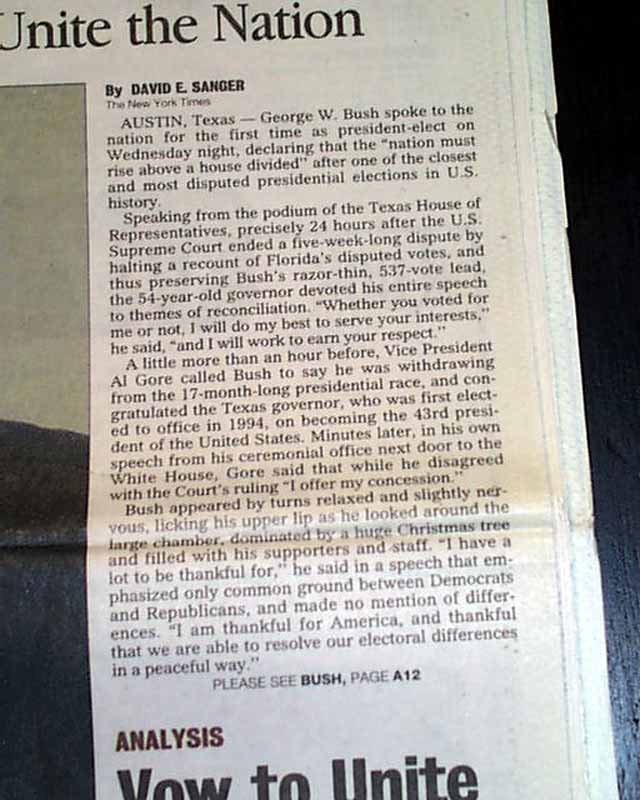 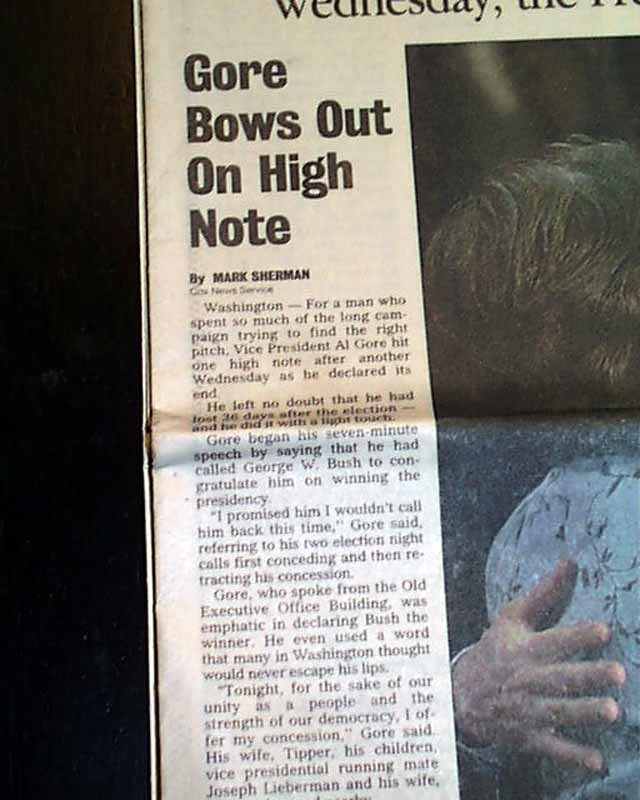 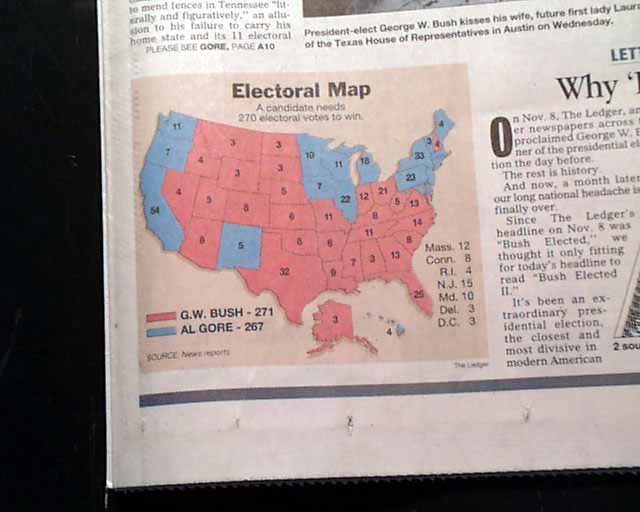 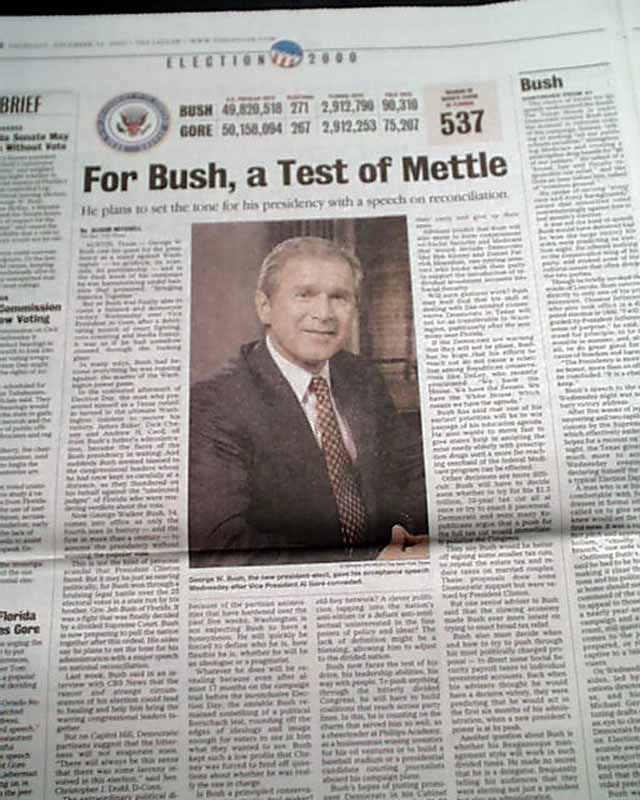