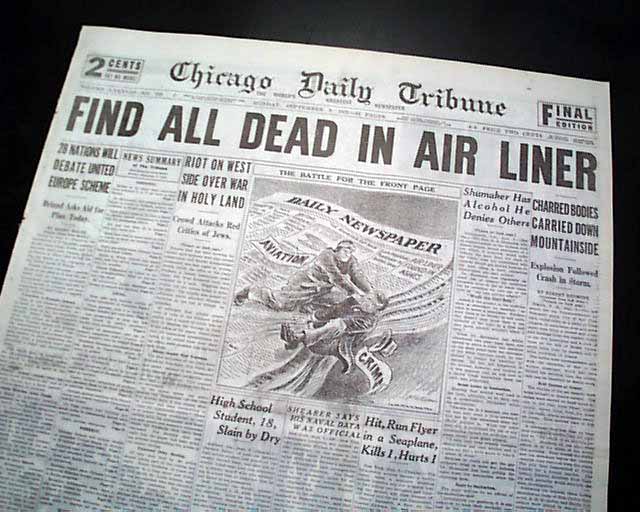 The front page has a nice banner headline: "FIND ALL DEAD IN AIR LINER" with subheads. (see) Nice for display. Related photo (sketchy) is on the back page.
Complete with all 40 pages, rag edition in great condition.

wikipedia notes: In September of 1929, the Transcontinental Air Transport Ford 5-AT-B Tri-Motor City of San Francisco struck Mount Taylor during a thunderstorm while on a scheduled passenger flight from Albuquerque Airport in Albuquerque, New Mexico, to Los Angeles, California, killing all eight people on board.