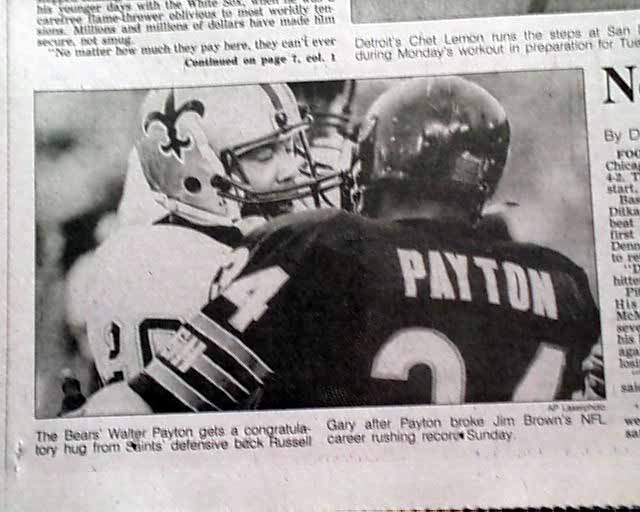 The bottom of the front page of the sport's section has a photo with text: "The Bears Walter Payton gets a congratulatory hug from Saints defensive back Russell Gary after Payton broke Jim Brown's NFL career rushing record Sunday". Payton broke Brown's record just two days earlier. And great to have in this famous Chicago publication, very rare as such.
Forty-six pages, a clipping cut out on the back page of the 1st section (unrelated), otherwise nice.. 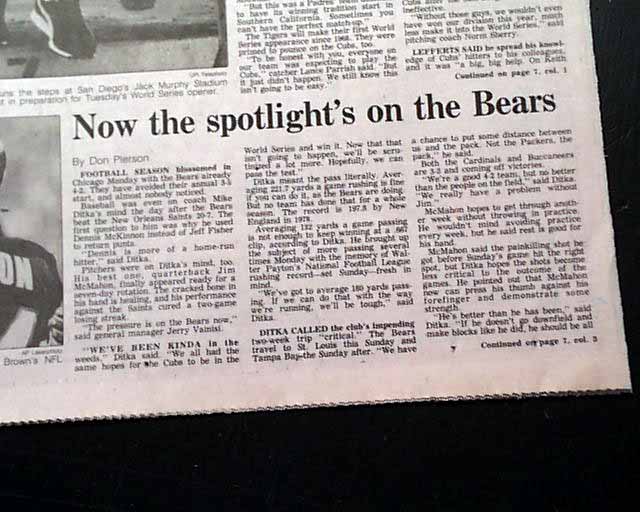 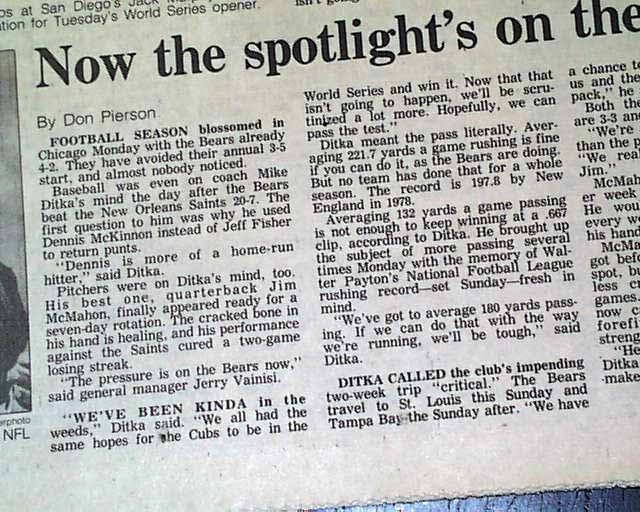 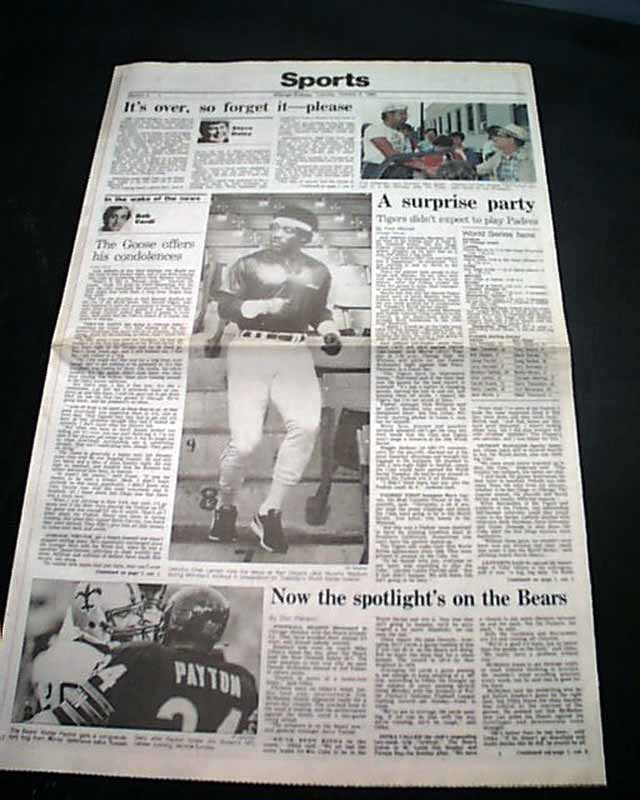 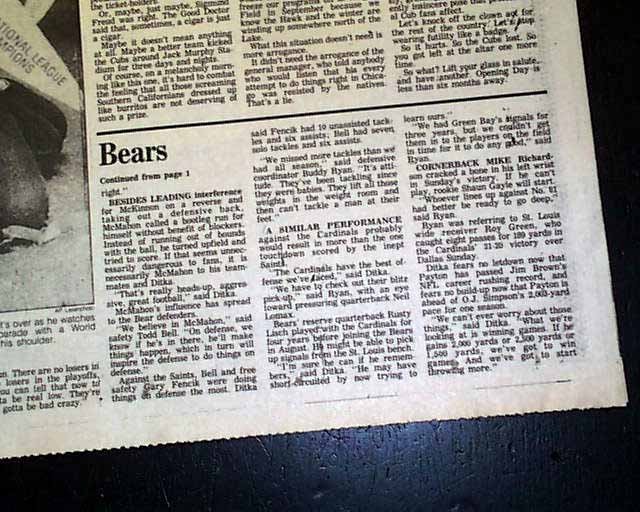 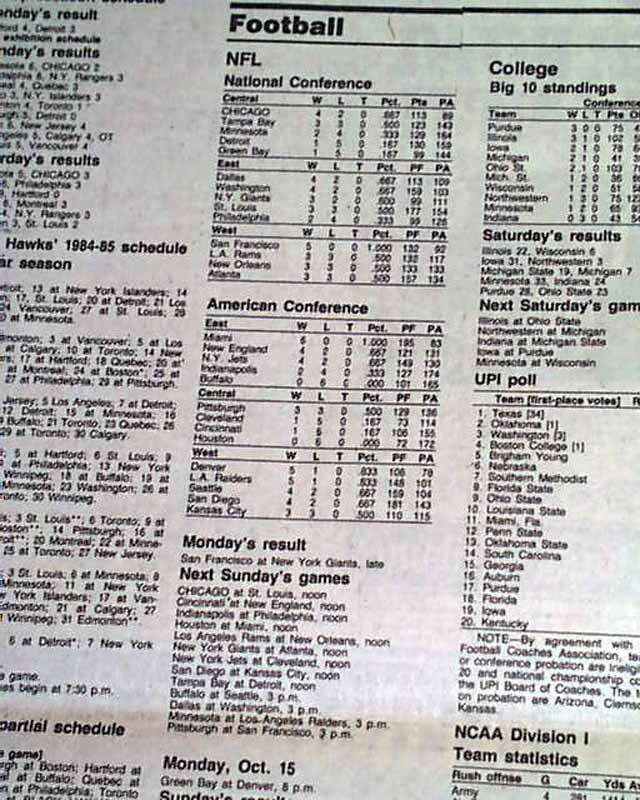 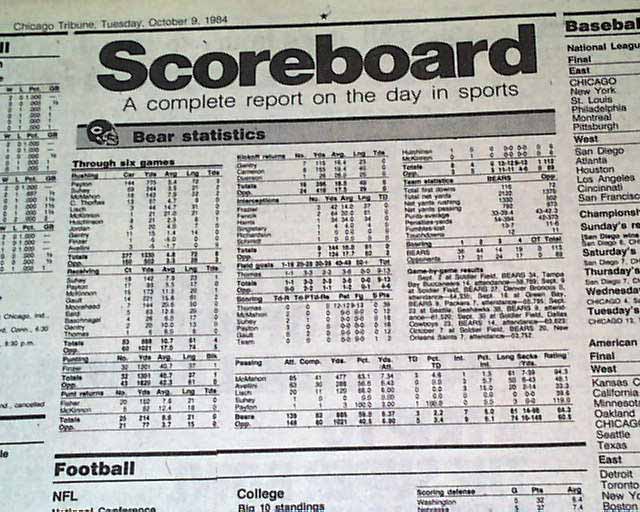 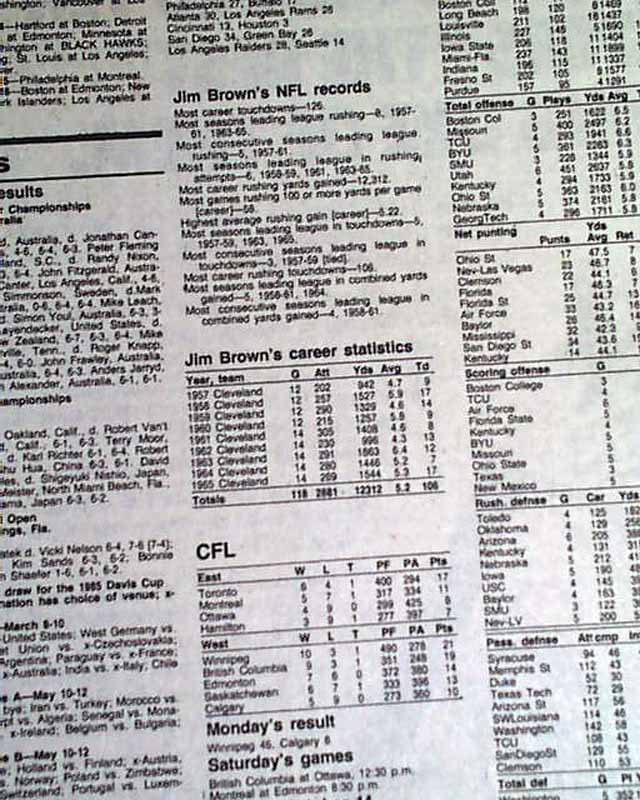 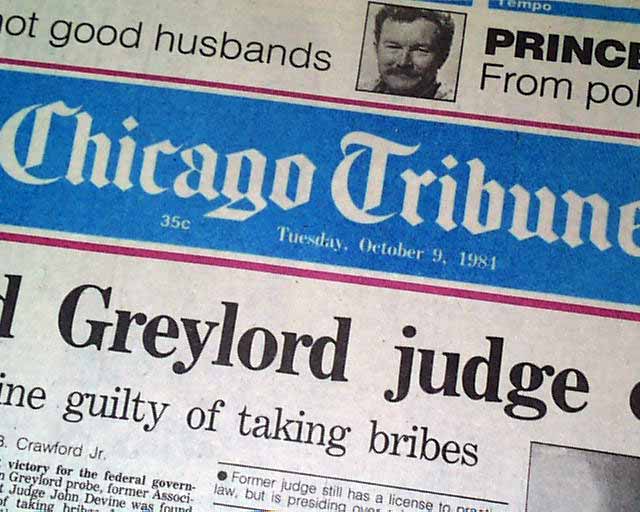 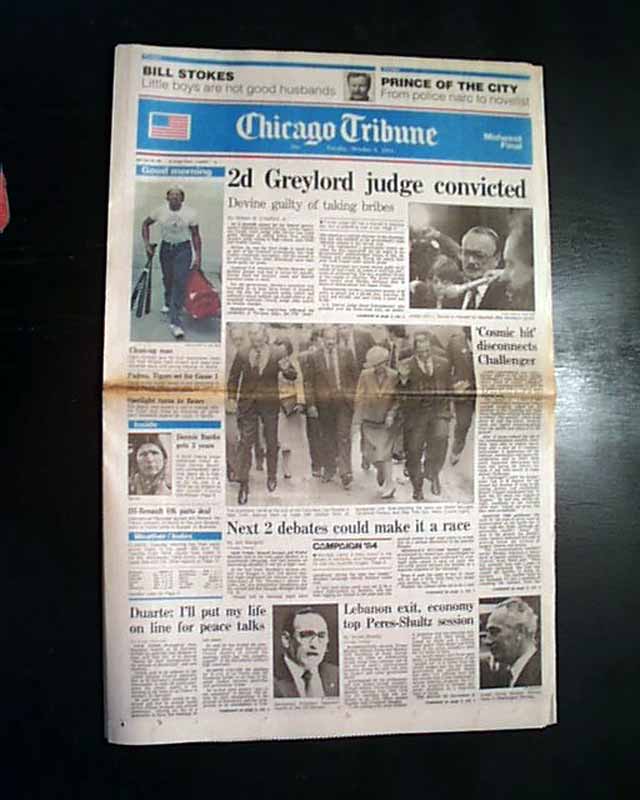