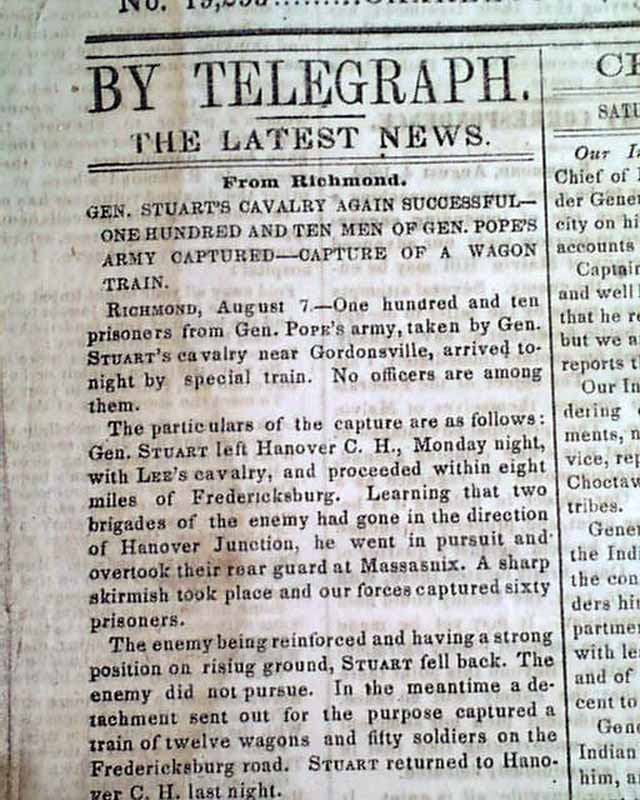 This was one of a few newspapers from the Confederacy which printed: "Confederate States Of America" in the dateline.
Among the front page reports are: "From Mobile--Late News From Memphis--Probable Evacuation of the City" "the Fighting in East Tennessee" "Sale Of Negroes--High Prices" "Gen. Stuart's Cavalry Again Successful...". More war reporting inside as well.
Four pages, never bound nor trimmed, several creases, loss to the right margin of the front leaf only affects an item not mentioned here, some loss at the spine margin effects only a pg. 4 ad, some foxing and a printing error in the masthead.