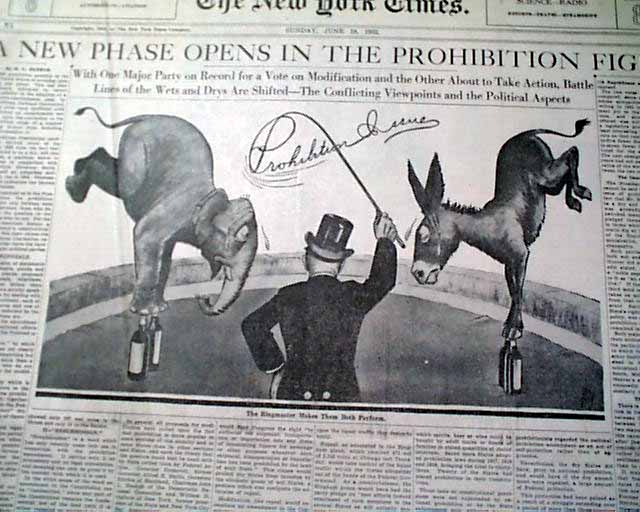 * Prohibition in the United States
* Wets vs. Drys w/ Illustration

The front page of this section has a banner headline: "A NEW PHASE OPENS IN THE PROHIBITION FIGHT" with subhead and clever parody illustration which shows the republican elephant and Democratic donkey titled: "The Ringmaster Makes Them Both Perform". Lengthy text takes up the rest of the front page. Nice for display.
Other topics throughout. Section 8 only with all 18 pages, light toning and minor wear at the margins, more so along the bottom margin (see image), generally good.