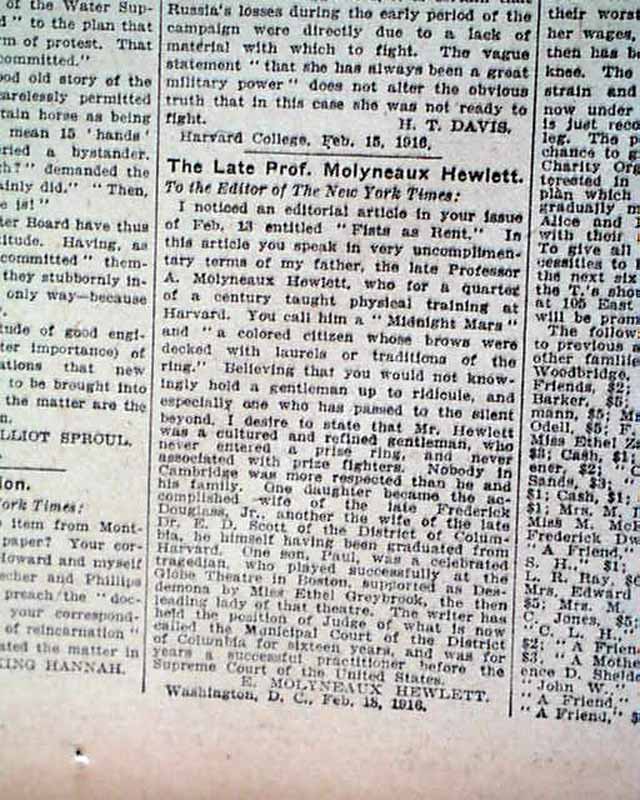 This issue has content related to the late Aaron Molineaux Hewlett (the first black instructor at Harvard). The coverage is found on page 12 (column 7) and is a letter to the editor by Aaron Molineaux Hewlett's son reprimanding the paper for the way they wrote about his father in a previous article published on the 13th.  Additional WWI coverage is located beginning on the front page including: "President Fears Senate May Stir German Crisis" and "Turks Evacuating Port of Trebizond". See photos for details.
This issue is complete, is very brittle with a bit of edge chipping, but otherwise good for the era.