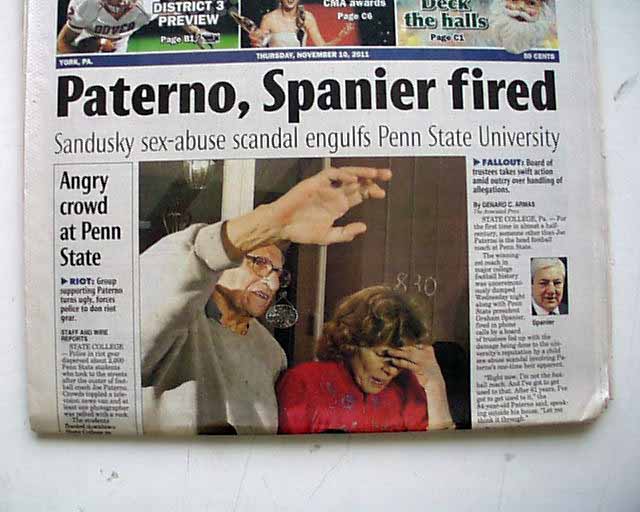 
THE YORK DISPATCH, Pennsylvania, November 10, 2011  The front page has the headings "Paterno, Spanier fired", "Sandusky sex-abuse scandal engulfs Penn State University" with one photo of Joe Paterno and his wife and another photo of Penn State students rallying.
Section B starts with the heading "Paterno's long career ends with phone call" and also includes other articles covering Paterno's success.

Believed to be complete in multiple sections but is being offered for the described content.