Home > Indian troubles in the "West"...
Click image to enlarge 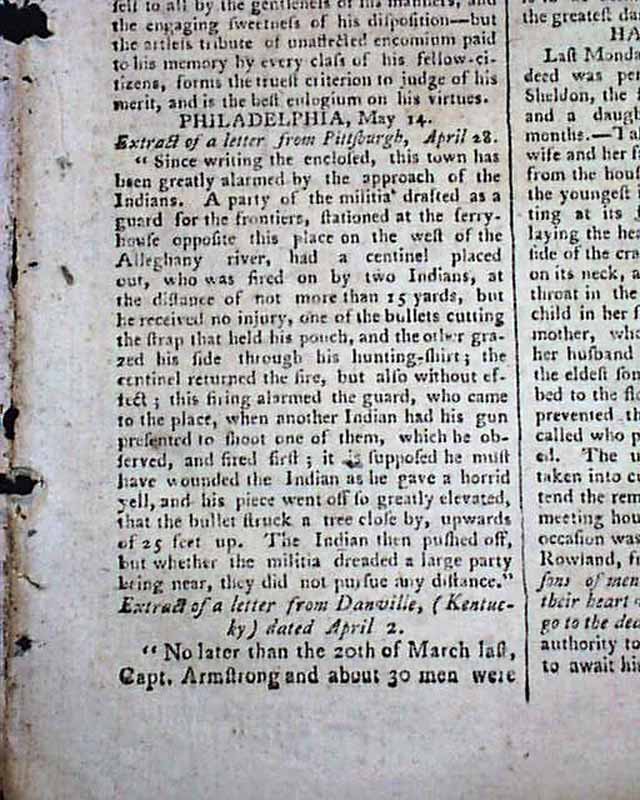 This is a title we very rarely have the opportunity to offer. Page 3 has a report from Danville, Kentucky, noting: "...Capt. Armstrong & about 30 men were going up the river Ohio & were attacked by a body of Indians...about 20 of Armstrong's men were killed...the Indians have done more mischief latterly than they have for many years past; they seem very much disposed for war...". Another report from Pittsburgh reports an encounter with Indians (see).
Four pages, some damp staining, minimal spine wear, nice condition. 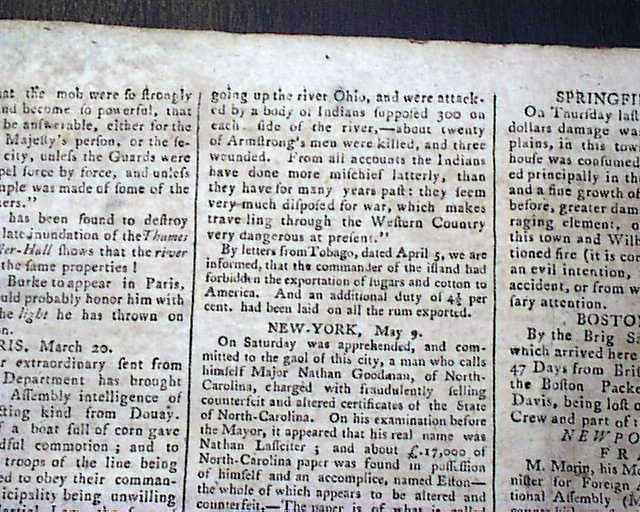 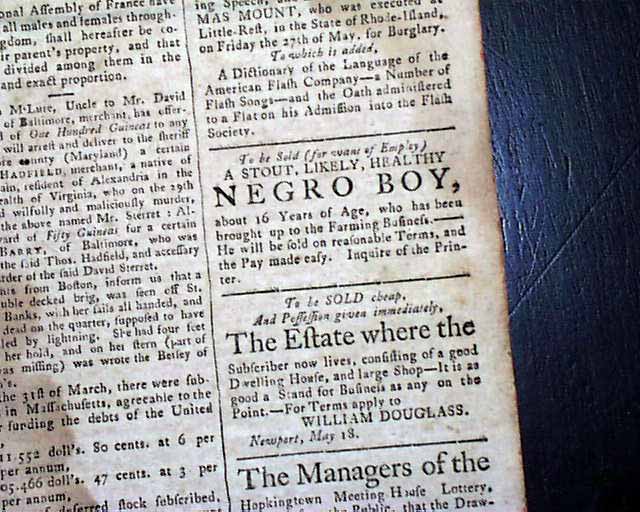 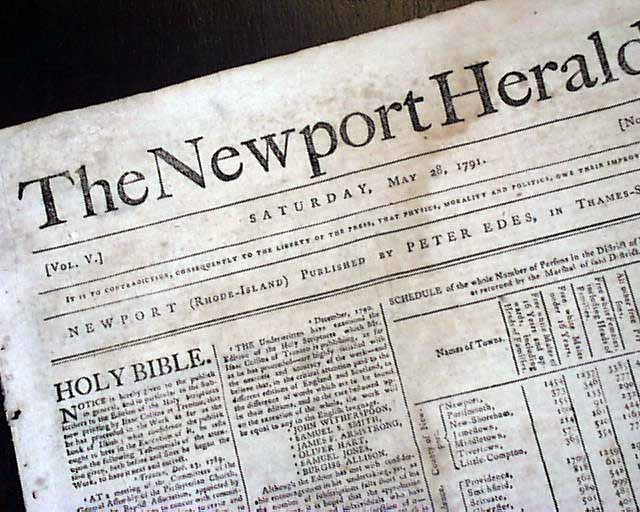 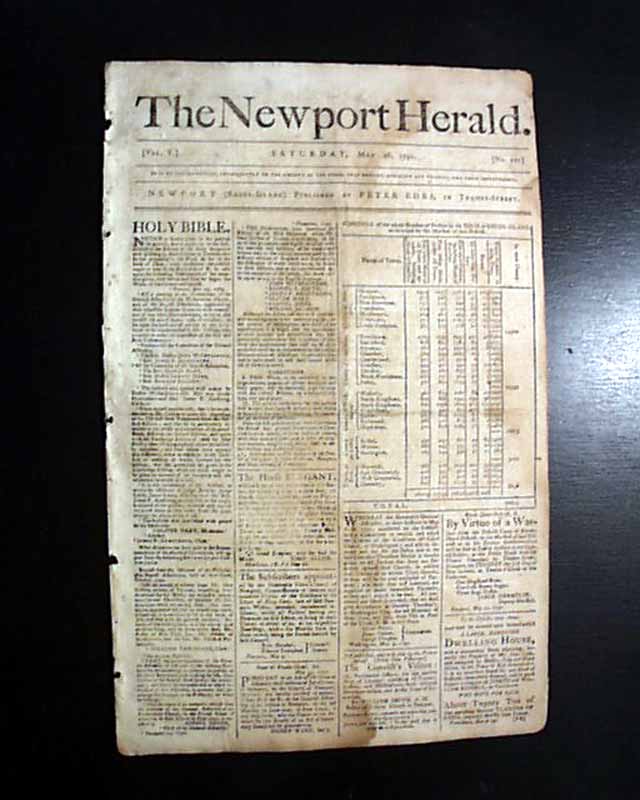