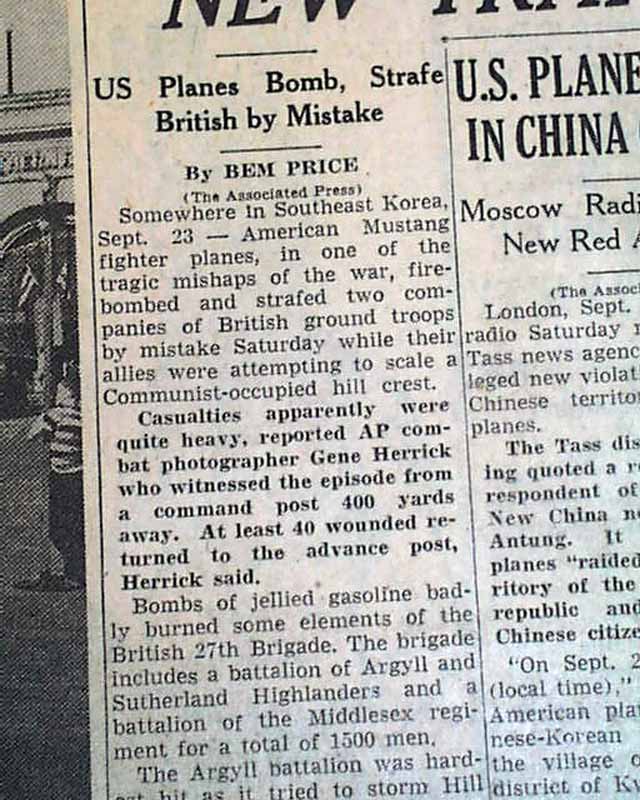 Near the top of the front page is a small one column heading: "US Planes Bomb, Strafe British by Mistake" First report coverage on the U.S. air strike on British troops by mistake.
Thirty-two pages, some wear at the margins with a little unrelated text loss (see), light toning at the central fold.

wikipedia notes: The Battle of Hill 282 took place on September 23 during the Korean War, and involved the 1st Battalion Argyll and Sutherland Highlanders in an assault on this position as part an operation by 27th British Commonwealth Brigade on the Naktong River.