Home > Back to Search Results > Battle of Murfreesboro...
Click image to enlarge 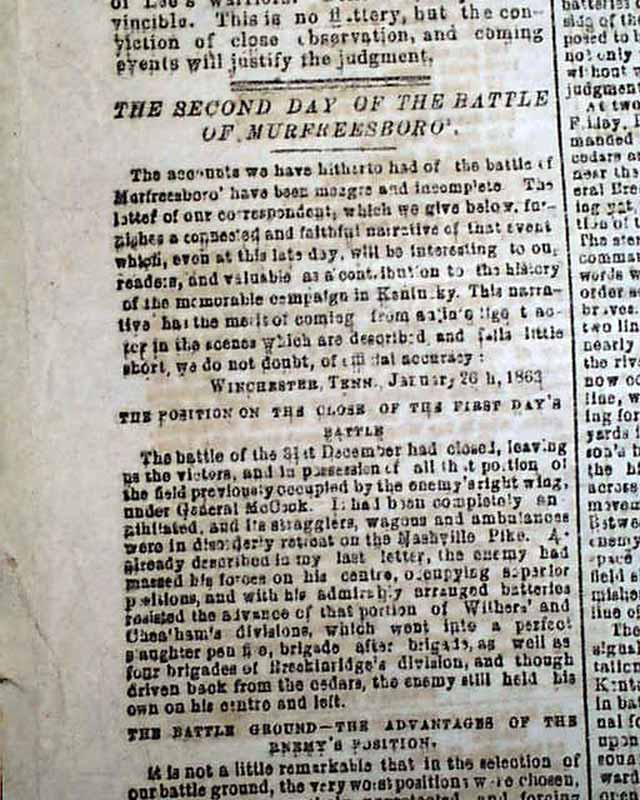 
DAILY RICHMOND EXAMINER, Virginia, Feb. 25, 1863  The front page has: "Our Fredericksburg Letter" "The Second Day of the Battle of Murfreesboro" which is over two columns of detailed reporting. Also on the ftpg: "Latest News From the North" "City Intelligence" "Butler's Reception in Baltimore" and other smaller items.
The back page has an editorial which talks in part about the great loss to the American forces in terms of soldiers, as the enlistment will soon expire for some 300,000 men.  Also on the back page is much reporting from: "The Confederate Congress" and the: "Virginia Legislature" with other smaller items relating to the Civil War.
Complete as a single sheet newspaper with a full banner masthead. Close-trimmed at the bottom of the front page causing loss to the bottom line or two, otherwise in great condition.

Editor expresses his anger against th...