Home > Back to Search Results > The Lowry War in 1871 North Carolina...
Click image to enlarge 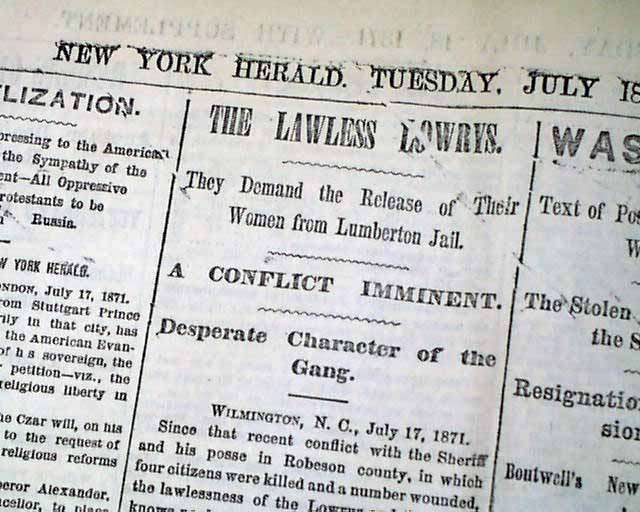 The top of page 5 has one column headings that include: "THE LAWLESS LOWRYS" "They Demand the Release of Their Women from Lumberton Jail" "A Conflict Imminent" and more. (see) Rare to find reports concerning this conflict.
The Lowry War is a notable event in North Carolina history. Led by Henry Berry Lowry, whose father and brother were murdered by men of the Confederate Home Guard, a band of American Indian, White and African-American men waged a guerrilla war against the white establishment from 1864 to 1872. He and his gang attained a kind of mythic status.
Complete with 10 pages, minor wear at the folds and spine, generally nice.