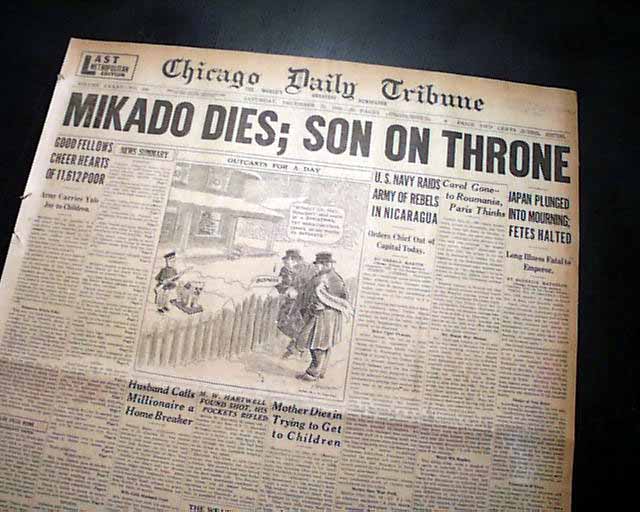 The top of the front page has a nice banner headline: "MIKADO DIES; SON ON THRONE" with subheads. (see) Nice for display. A photo of Yoshihito is on the back page. Twenty pages, light, even toning, a tear at the bottom of the first column, generally good. 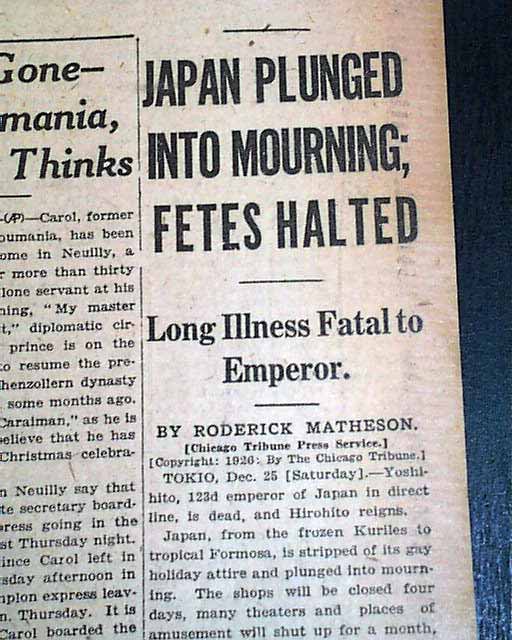 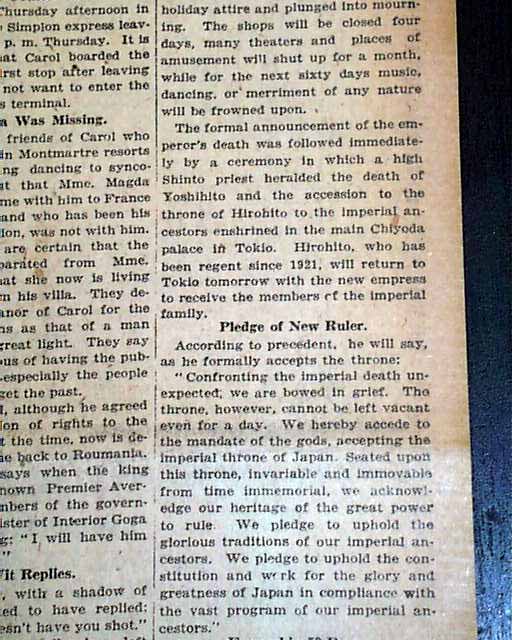 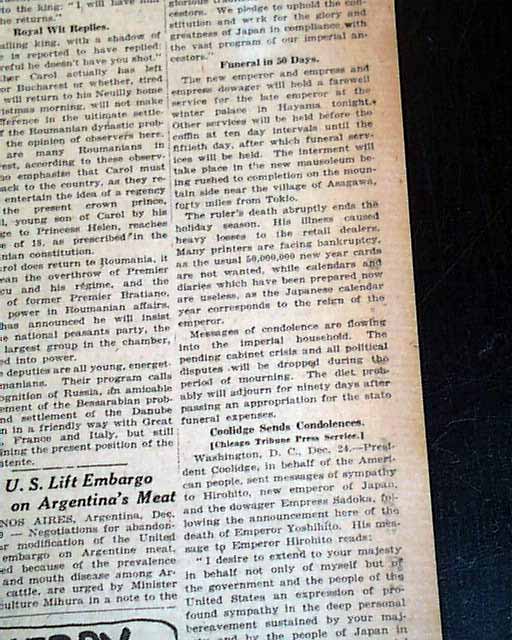 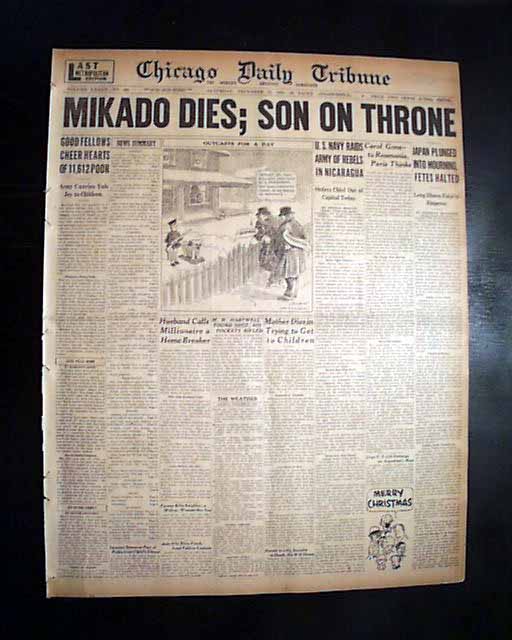 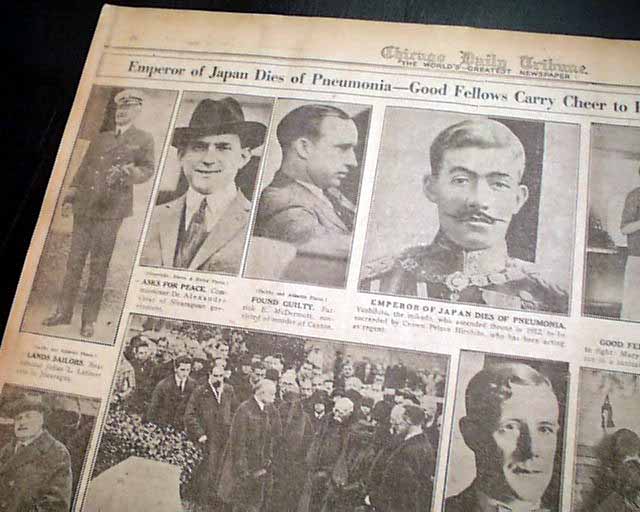