Home > The Spanish Flu pandemic in 1918...
Click image to enlarge 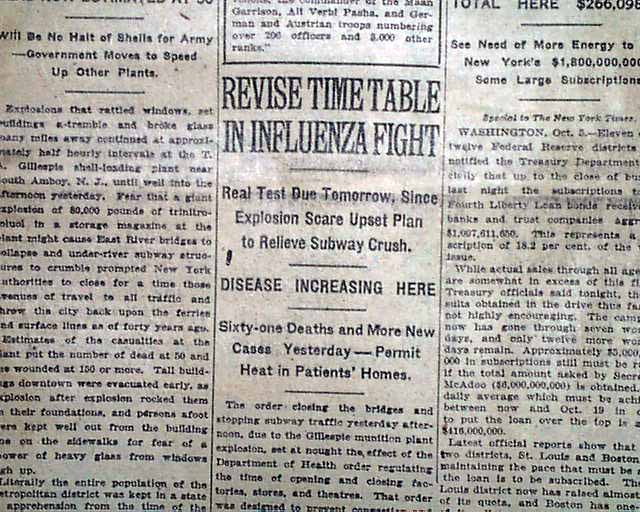 
THE NEW YORK TIMES, October 6, 1918  Although the Spanish Flu pandemic in the early part of the 20th century, front page reporting was not as common as one might expect. This issue does have front page coverage under the heading: "REVISE TIME TABLE IN INFLUENZA FIGHT", with a subhead, "DISEASE INCREASING HERE." The coverage continues on an inside page. See images for details.
Other news of the day is found throughout which includes considerable reporting related to WWI.
The issue is believed to be complete and is in relatively good condition for the era, but it is fragile and there is the presence of minor edge tears and a bit of chipping at the margins. 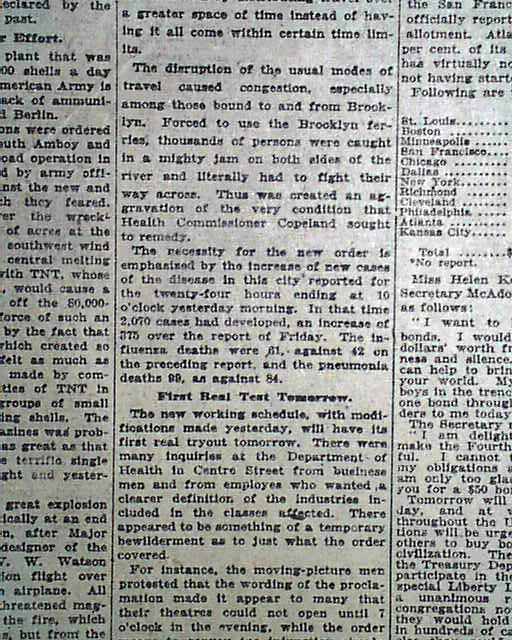 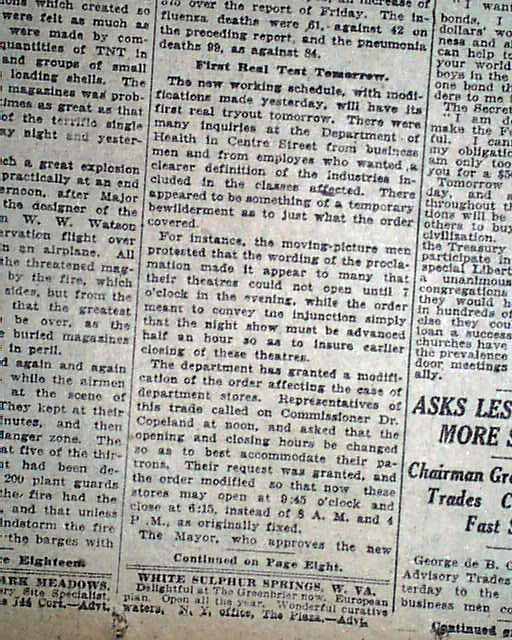 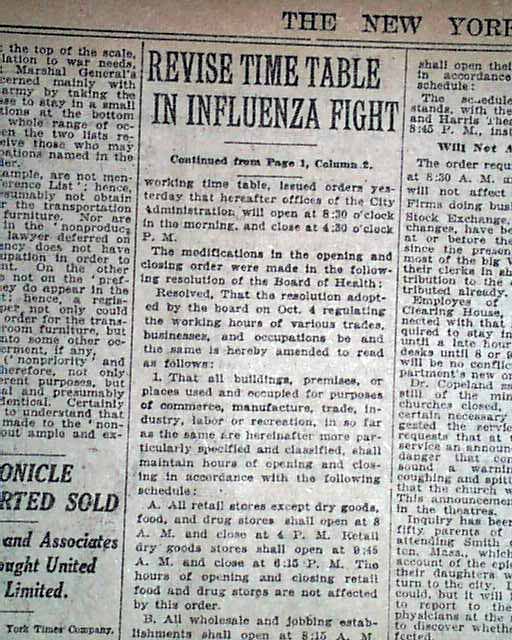 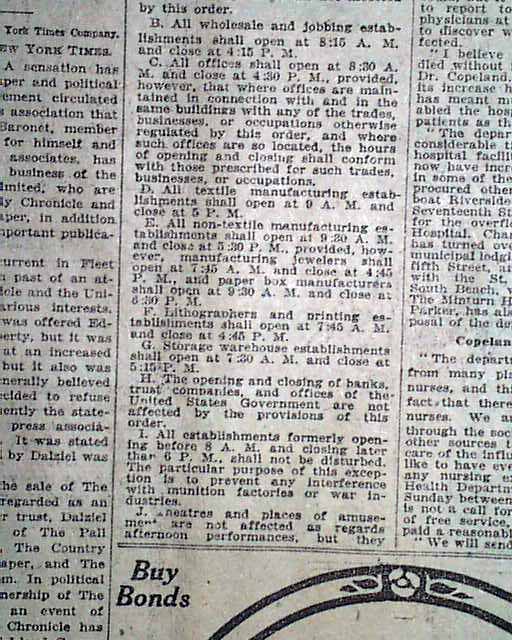 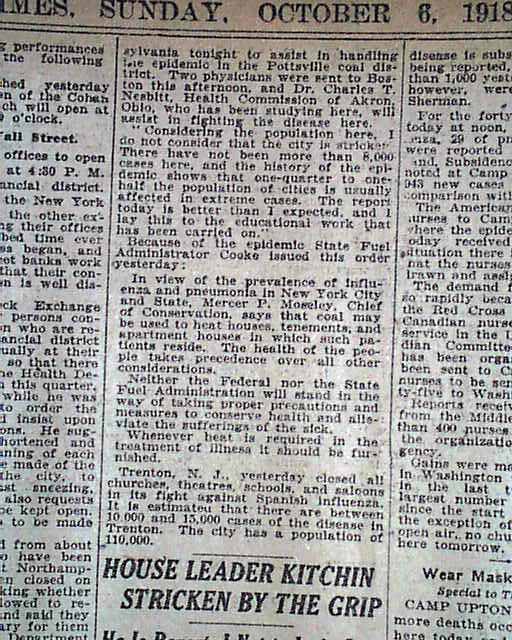 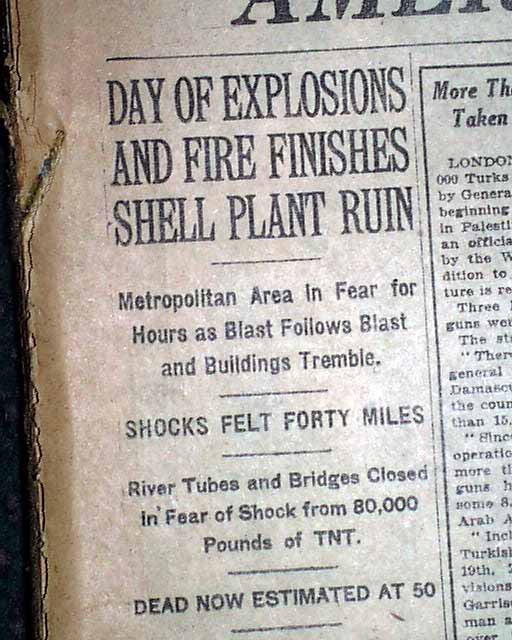 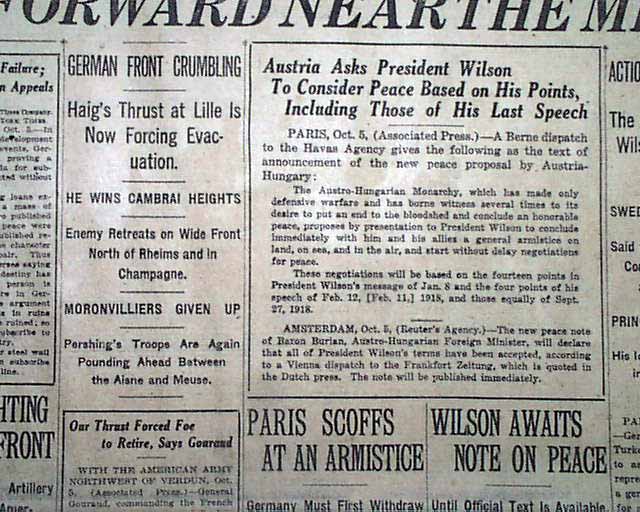 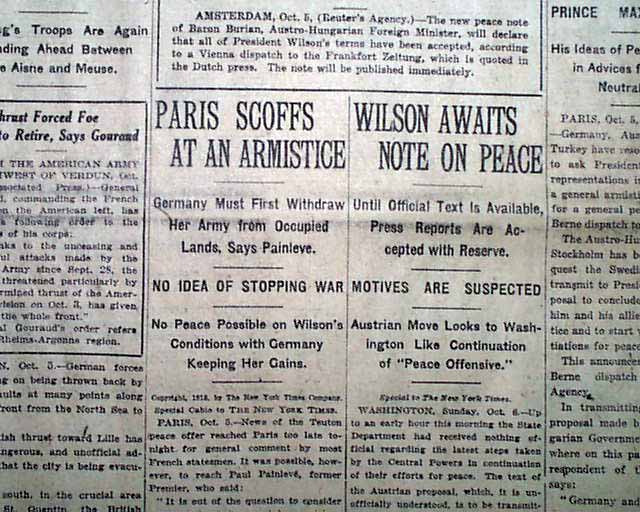 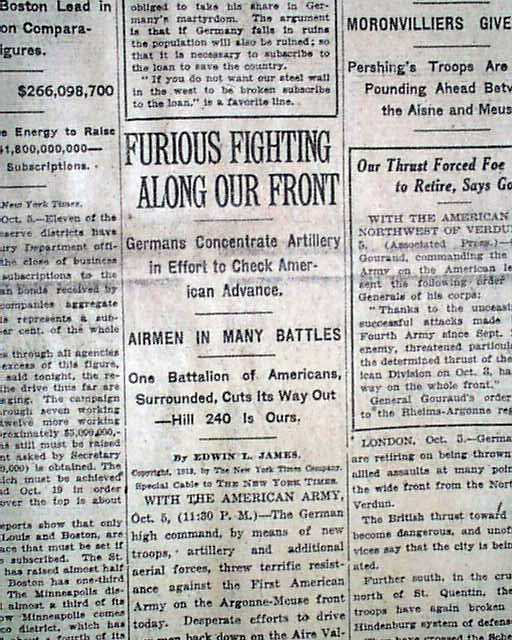 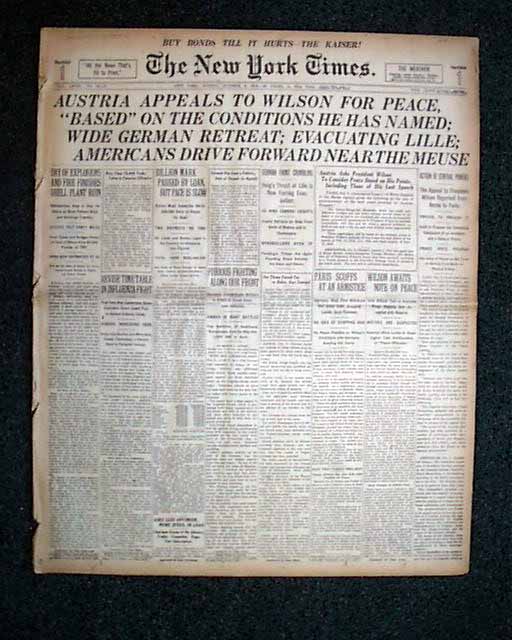