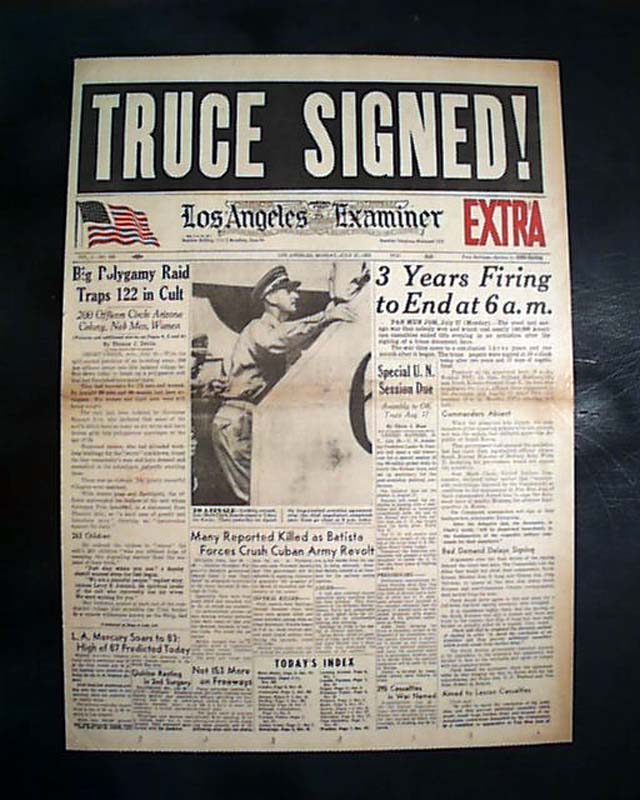 
LOS ANGELES EXAMINER--EXTRA, July 27, 1953  Above the masthead is a bold banner headline dropped out of a black box announcing: "TRUCE SIGNED ! " with a related subhead: "3 Years Firing to End at 6 a.m." which announces the end of the Korean War. The ftpg. has a related photo of General Mark Clark. A key issue for any collection of American end-of-war reports.
The complete first section (of 4) with 12 pages, nice condition.