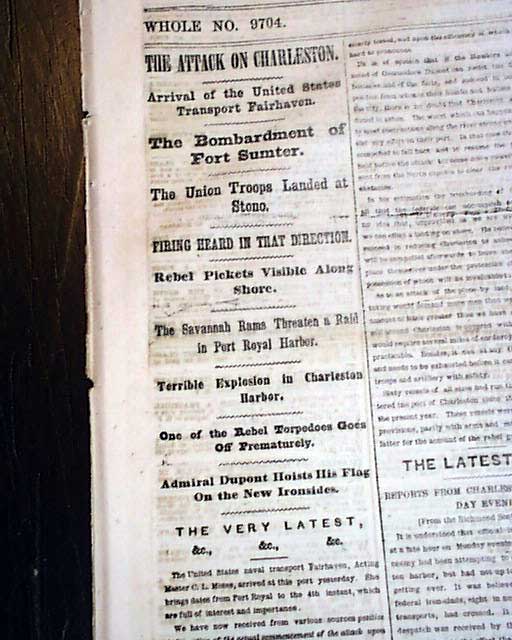 A wealth of fine ftpg. content on the Civil War, plus there is a small one column map showing the Lake Palourde and Atchafalaya River vicinity.
Among the column heads: "THE ATTACK ON CHARLESTON" "The Bombardment of Fort Sumter" "The Union Forces Landed at Stono" "The President Among The Soldiers" "Mr. Lincoln's Visit to the Army of the Potomac" "Discipline Among Regulars & Volunteers as Viewed by an Executive Light" and much more.
Eight pages, nice condition.