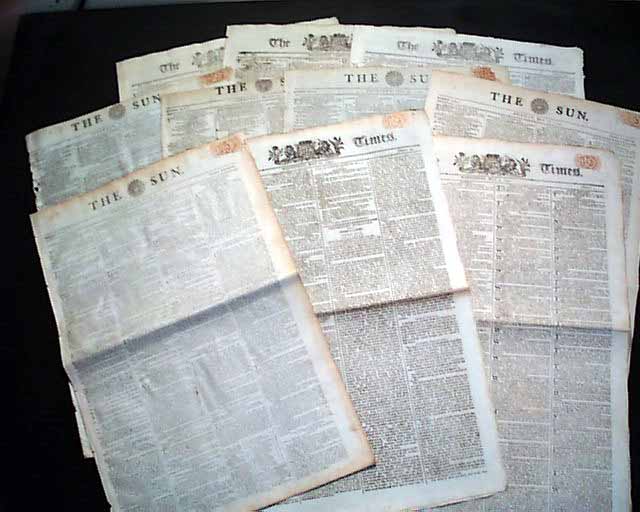 
THE SUN and THE TIMES were two of the more famous & successful of British newspapers in the late 18th century. The Times remains one of the iconic papers of the world, having begun in 1788 and is still printing today. It was the first newspaper to have "Times" in the title, since lending its name to innumerable newspapers on both sides of the Atlantic.
Here is a lot of ten issues, five of each title from 1799 and 1797 respectively, each in very nice condition and having a partial or full red tax stamp.