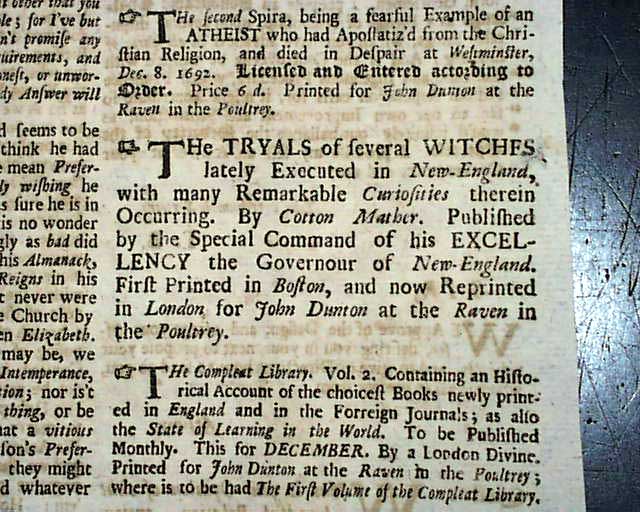 
THE ATHENIAN MERCURY, London, Jan. 14, 1693  The back page has an advertisement for the book: "The TRYALS of several WITCHES lately Executed in New-England, with many Remarkable Curiosities therein Occurring. By Cotton Mather. Published by the Special Command of his EXCELLENCY the Governour of New-England. First Printed in Boston, and now Reprinted in London...".
This is the only periodical (similar ads appeared in multiple issues) we have ever seen with any reference to the famous witch trials at Salem, Massachusetts, as the London Gazette made no mention of the trials or the executions A very uncommon item and the only period mention of this very notable event in American history.
Complete as a single sheet newspaper, 6 1/2 by 12 inches, bit close-trimmed near the bottom of the front page and back page but no effect to the mentioned ad. Otherwise in nice condition.