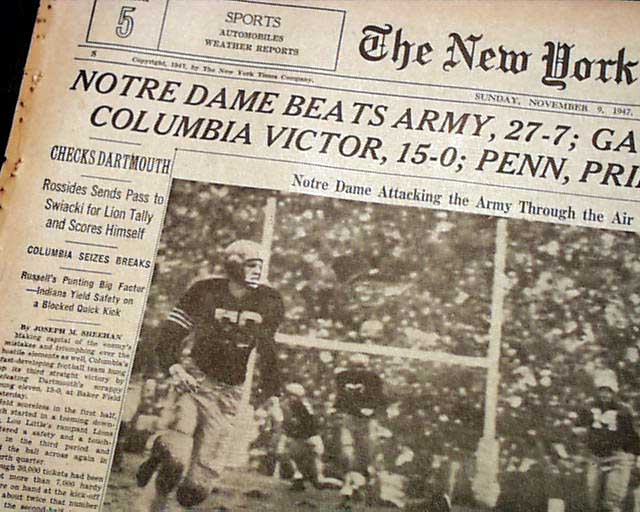 The front page of this section has a four column headline: "NOTRE DAME BEATS ARMY, 27-7" with subheads that include: "Irish Stage Drives" "Notre Dame, Expected to Pass, Batters Army With Ground Plays" and more with nice related photo. Lengthy coverage continues on page S3 with another large photo, stats and lineup. Too much text to photograph all.
Other sporting news of the day with much on other college football games. Complete sport's section only with 12 pages, light toning at the margins, nice.