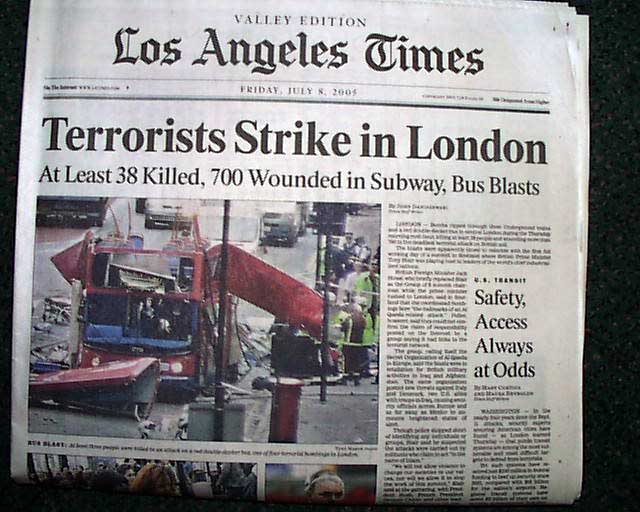 The front page has graphic photos and significant coverage of the London Transit Bombings under the full-banner heading: "Terrorists Strike in London", with a banner subheading: "At Least 38 Killed, 700 Wounded in Subway, Bus Blasts." Multiple photos are included along with additional inside coverage and photos. See images for details.
Page B9, under "Obituaries", is "Evan Hunter, 78; Wrote 'The Blackboard Jungle'", which includes a lengthy article and related photo.
Other news of the day, ads, and sports are found as well.
The issue is believed to be complete in multiple sections, but is being offered for the described content. Very good condition.