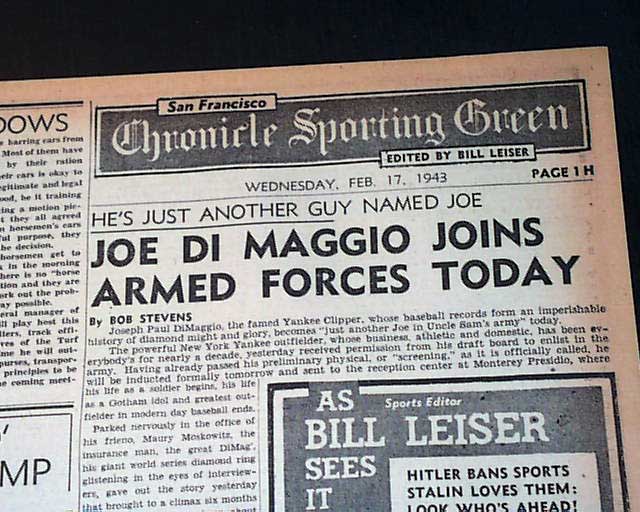 The front page of the sport's section (inside) has a three column heading: "JOE DI MAGGIO JOINS ARMED FORCES TODAY" with small photo. (see) Nice to have from DiMaggio's hometown and the city where he took the oath. Rare as such.
Much on World War II with front page headlines. Complete with 22 pages, light toning and minor wear at the margins, small binding holes along the spine, generally good.