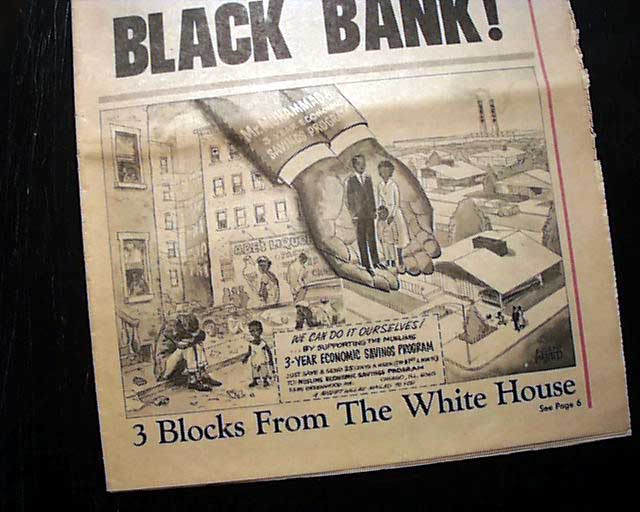 
MUHAMMAD SPEAKS, Chicago, Sept. 11, 1964  The front page has: "Messenger Muhammad Reports: PLANK TO BUILD BLACK BANK!  3 Blocks From The White House".
The centerfold has 2 color photos of: "Muhammad Ali: A Champion Inside and Outside of Boxing Ring".
Complete in 28 pages, tabloid-size, nice condition.

Note: This newspaper was one of the most widely-read that was produced by an African American organization. Nation of Islam leader Elijah Muhammad (several photos inside) began the publication on May 1960 as a weekly publication. It was distributed nationwide by the Nation Of Islam and covered current events around the world as well as relevant news in African American communities, especially items concerning the Nation of Islam.