Home > Back to Search Results > Richard Byrd returns from Antarctica in 1930...
Click image to enlarge 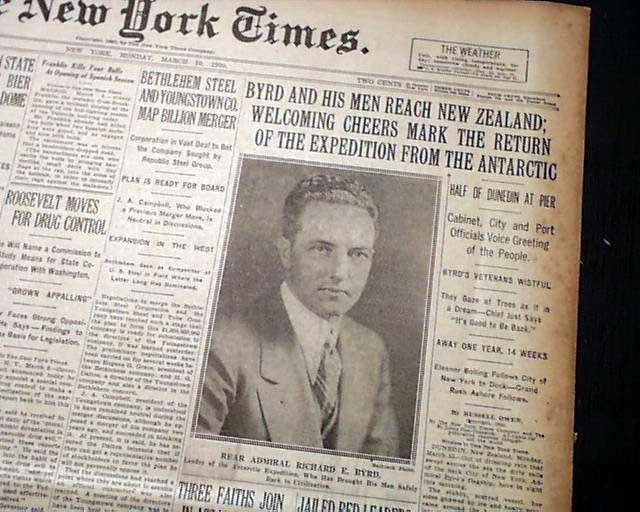 Richard Byrd returns from Antarctica in 1930...

The top of the front page has a three column headline: "BYRD AND HIS MEN REACH NEW ZEALAND; WELCOMING CHEERS MARK THE RETURN OF THE EXPEDITION FROM THE ANTARCTIC" with subheads and nice photo of Byrd (see) Lengthy text continues on page 2 with photo of the bark "City of New York".
Other news, sports and advertisements of the day. Complete in 44 pages, light toning and minor wear at the margins, a small binding slits along the spine, generally nice.